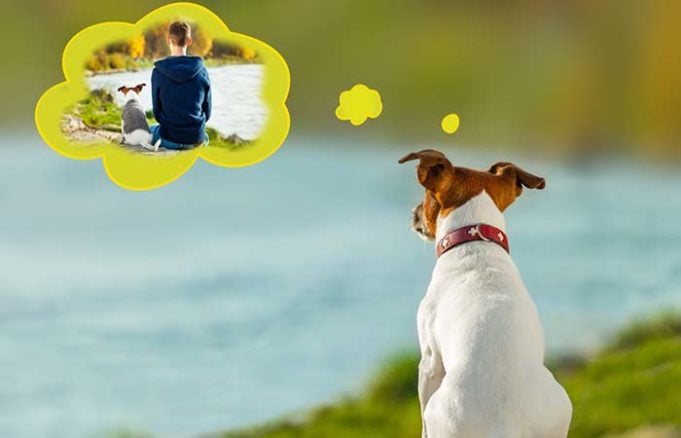 A recent study found that dogs are able to recall the things we’ve done – a high-level ability referred to as episodic memory.

Researchers at MTA-ELTE Comparative Ethology Research Group in Budapest, Hungary have figured out that dogs can recall the complex actions that a person has taken even when they don’t expect to have their memory tested.

According to Claudia Fugazza, who works at MTA-ELTE, the results of this study can be considered one step more toward proof that dogs possess higher-level cognitive skills that humans tend to attributee only to man.

She expresses surprise that dogs are among the few non-human species of animals that people find “clever,” yet we still are surprised to find out they share some of our mental abilities.

How They Figured it Out

Science has found it difficult to come across evidence that non-human animals possess episodic memory, simply because we can’t ask these other animals what they remember.

In this study, researchers had to get creative. They started it off with a trick called “Do As I Do.” Under this training method, dogs were made to watch a person perform a certain action (such as jumping up in the air) and then when given the command “Do it!” would also perform that action.

This was only the first step, however. Additional substance was needed to prove that they were exhibiting episodic memory and not just being trained to do specific things.

To navigate around the difficult obstacle, researchers first trained 17 dogs to imitate human actions via the “Do As I Do” method. Then, there was an immediate second round of training where the dogs were taught to lie down after watching each human action, no matter what the action was.

After the dogs learned to reliably lie down, researchers surprised them by saying “Do it.” To their surprise, the dogs performed the action they observed in their human partners.

This was proof that the dogs had remembered what the people had done, even though there was no reason for them to do so. This is episodic memory.

Dogs tested in this manner were tested after one minute, and then tested after one hour. The results showed that they were able to recall the actions they’d seen performed after both short and long time intervals. But, there memories were observed to fade a little over time.

RELATED: Study of Dog DNA is Improving Our Understanding of Humans

The researchers say this same approach can feasibly be used and adapted in a wide variety of animal species to study and better comprehend how animals’ minds process their own actions, and the actions of others.

According to Gugazza, this implies that episodic memory is not unique to primates, and has a more widespread skill in the animal kingdom. She suggeststhat dogs might be able to provide a good model to study episodic memory’s complexity in a natural setting instead of in a lab (where the results might change due to an artificial environment).

She also makes the point that dogs are of particular interest in this area of study due to canines having the evolutionary and developmental advantage of living alongside human social groups for so long.

This study goes to show that dogs may be forgiving of our actions, but they are not necessarily forgetting. Remember to treat your pups kindly!

READ NEXT: The Saga of Dog Ownership – A First-Hand Account