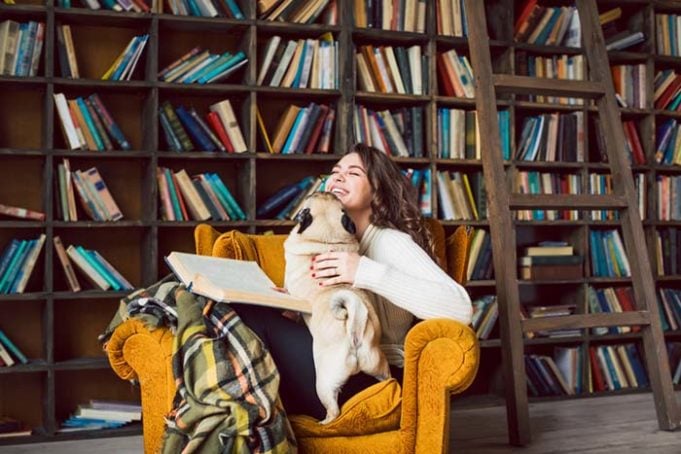 A new study demonstrated how therapy dogs improve mental health of college students, and shows why it's helpful to have dogs around during particularly stressful times.

University students are reported to be one of the social groups that experience the highest levels of stress, anxiety, and depression, regardless of what they're majoring in. That's why dog therapy sessions are becoming increasingly popular in universities around the world, especially in North America during exam time. This hasn't been previously confirmed, until now.

A group of researchers from the University of British Columbia have conducted a study to prove that spending time with friendly canines does in fact do wonders for students' mental health. A study published in Stress and Health journal has discovered that dog therapy sessions can not only lift up one's mood temporarily but can also have long-lasting effects on mental health and wellness.

Despite the rising popularity of therapy dogs in university campuses, there has been very little scientific research done into the psychology of using dogs as stress relief.

For many students, therapy dogs offer a welcome break from studying for grueling exams and the anxiety of possible failure. For others, it's an opportunity to interact with loving animals, as many students cannot afford or do not live in a home on college campuses that would allow any pets.

There has been a lot of scientific research done on the comforting quality of animals you keep as pets. However, does a short interaction with dogs really benefit you as much as advertising for therapy dog sessions would make you think?

The Actual Effect Of Therapy Dogs On Stressed Students

In a study, surveyed students reported feeling less stressed and feeling more positive during their studies for 10 hours after the test. The researchers surveyed over 200 students, who had had contact with 12 dogs. Surveys were given before and after the session, as well as ten hours after. They also compared the results of the surveys with another group of students, who did not spend any time with the dogs.

The first group indicated that they were feeling happier and their stress levels had gone down significantly. This applied not just for the surveys filled out right after the interaction session, but also the ones handed in ten hours later. So, this goes to show that the effects of such sessions aren't just momentary, they can really.

Additionally, previous studies suggested that female students benefitted more from such sessions than their male counterparts. This study did not find any discrepancy between the ways in which male and female students responded to the dog therapy. Both groups were equally as positive about their experience.

The Benefits Of Therapy Dogs On Students With Increased Stress, Such As Exam Periods 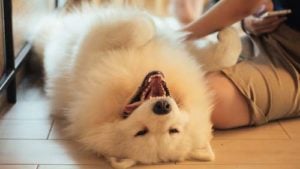 The study found that while there were leftover feelings of positivity for the ten hours after the research was done, the strongest positive emotions came straight from the direct interaction with the dogs. That's why the scientists are suggesting that universities should make use of therapy dogs more often.

It's often the case that when those sessions are scheduled, many students find them inaccessible because of the high demand. Normally dog therapy days are only available two to three days per exam period, only for a few short hours every day.

While this is still better than nothing, many students don't find the time to attend them because of their busy schedules. The researchers have encouraged all educational institutions to invest in the practice of therapy dogs.

“Even having therapy dogs around while students are working on their out-of-class assignments could be helpful.”

Furthermore, this would also benefit academic results as students who are feeling in a more comfortable, happy place mentally will do much better in their exams than stressed out students. Therefore, in the long term, this will benefit universities as well.

While the system of using therapy dogs still has a long way to go, this research is the first step towards looking to develop it fully.