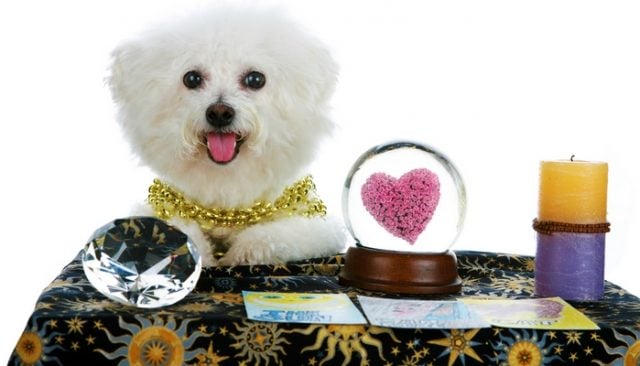 This woman called a psychic for help with her dog’s severe separation anxiety.

Not all psychics specialize in pets but one psychic, Maryam Faresh has a podcast all about pets and helping with behavior issues. She helps all types of animals, not just dogs. Her and her partner Cora Wittekind, a professional dog trainer answer calls and help with a combined expertise of the supernatural and Cora’s dog training experience.

It wasn’t until all other resources were exhausted on how to help her dog, that she decided to reach out to a pet psychic. Finley, the dog, is a Vizsla and not one of the more common breeds like a golden retriever. When the books and information online weren’t making the separation anxiety any better, it’s understandable why Finley’s owner was willing to be open minded and try another approach.

Finley had already jumped through a window trying to follow her owner and destroyed her crate. It was as if Finley would stop at nothing to try to follow her owner to work. This left Finley’s owner feeling as if she had done something wrong in raising Finley. The psychic picked up on the way the home was structured. The psychic realized that the house was on a strict schedule. When the adults would leave for work in the morning, Finley was left not knowing what to do with her time.

Maryam picked up on the dog’s separation anxiety but realized that the dog needed a purpose. It’s a working dog by nature and this dog needed something to do with it’s time. Cora also confirmed this by looking up the history of the breed which shows that they were hunting dogs. Cora, who has over 13 years of experience training dogs, helped Finley’s owner come up with ideas to keep Finley intellectually stimulated and physically active.

With the psychic insight confirmed by Cora’s expertise, Finley’s owner felt hopeful that she would get to the bottom of the issue once and for all. She was told to put a backpack on Finley while hiking, create games where she would find toys around the house and give her agility training. She even suggested sheep herding.

They also focused on switching up the morning routine that was giving her anxiety. They would come and go with her in a different room and tried to notice if any of their morning routine actions made her anxious. They thought it might be as simple as picking up the keys or turning on the shower. Maybe it was smells of eggs or coffee or the engine of the car starting. They also recommended a dog daycare which would offer her more stimulation.

Some dogs, Cora explained, get enough mental and physical stimulation with just playing in the moment but highly intelligent working dogs are bred to have a more significant use of their time and energy. So it was reaffirming to Finley’s owner that she hadn’t done anything wrong, she just needed some extra insight into the dog’s lineage.