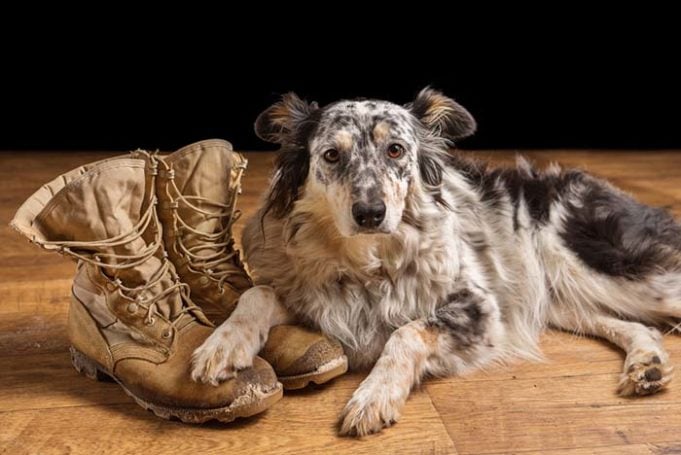 We suspected this before, but finally there's actual evidence showing that service dogs provide physiological benefits to veterans suffering from post-traumatic stress disorder.

The effects of service dogs for people with mental illnesses have largely been documented. A new study, however, revealed specific evidence to show just how much service dogs impact military veterans with post-traumatic stress disorder (PTSD).

“Having a service dog was also associated with less anger, less anxiety, and better sleep.”

The research is the very first undertaking that looked into biomarkers or psychological signs to show the effects of service dogs. Experts from the Purdue University College of Veterinary Medicine published their findings in the journal Psychoneuroendocrinology.

Any pet lover knows the benefits of having dogs as companions. Their presence can be a stress relief, which is why a dog is a popular choice as a service animal. There have been numerous studies in the past that support the idea that dogs help people with PTSD, but the findings have been mostly anecdotal. The team from Purdue, however, found more objective and specific links.

In a statement, lead study author Maggie O'Haire said that they were able to determine markers that showed service dogs do improve the quality of life of veterans with PTSD. By focusing on measuring the cortisol levels of veterans with service dogs, the study authors found encouraging patterns as the former military men manifested better sleep and less anger, anxiety.

O'Haire and her team undertook a non-invasive procedure that measured the saliva of the veterans. At least 73 servicemen who served the military during the 9/11 attacks participated in the research. Of these individuals, 45 had service dogs while 28, who were in the study's control group, were waiting to get their companions animals.

“We found that military veterans with a service dog in the home produced more cortisol in the mornings than those on the waitlist. This pattern is closer to the cortisol profile expected in healthy adults without PTSD.”

The research team collected the saliva samples that the veterans took of themselves every morning after waking up, and they had another set of samples 30-minutes after. The experts measured how much cortisol the veterans with service dogs produced in that short span of time and compared their results to veterans who were still waiting to get their service dogs. They wanted to find out the veterans' “cortisol awakening response” (CAR).

Cortisol awakening response is a biological phenomenon that indicates how much and how soon the adrenal gland absorbs cortisol when a person wakes up. It has been linked to stress, physical illnesses and health risks, chronic pain, and other affective disorders. Researchers are still trying to understand the science behind CAR, especially in healthy humans. 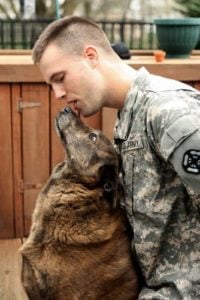 The Purdue scientists learned that the first group of veterans produced more cortisol, and thus manifested fewer symptoms of PTSD compared to the veterans on the waitlist. They had little sleep problems and fewer incidences of alcohol abuse, anxiety, and anger.

The experts, however, said that the measurements gathered are just the initial data but it showed promising results of a person's physiological response to service dogs. Much research is still required to determine the direct effects per individual and their findings also don’t mean that service dogs can cure PTSD.

At this point, O’Haire’s team is planning to do a larger scale research on the condition of the veterans before and after they got their service dogs. The researchers are conducting the study with the help of the Human Animal Bond Research Institute (HABRI) and Bayer Animal Health.

Numbers from another study in 2010 showed that at least 5 to 20 percent of veterans who return from the war develop PTSD. The condition is defined as a crippling psychiatric disorder resulting from an accident, a disaster, an act of terrorism or violence like war, rape, and other assault.

READ NEXT: Adopting Emotional Support Dog – How to Do It Correctly