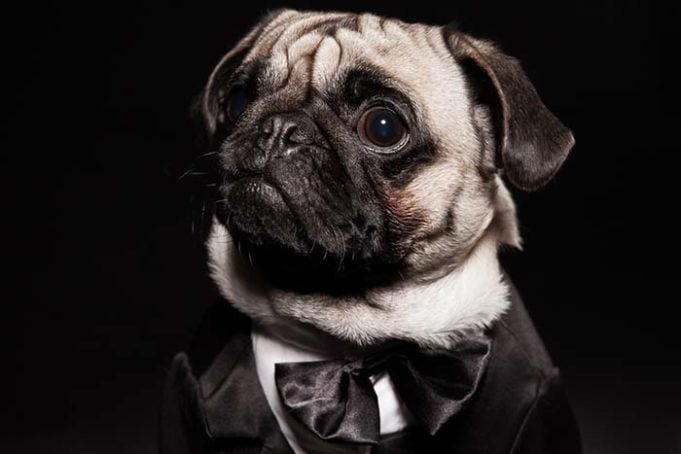 An Arkansas woman spent years stealing money from the county she worked for, and bought her Pug a nice suit with the funds.

In weird news, a woman is going to jail for some very fashion-forward fraud.

Kristi Lyn Goss, a 44-year old woman from Arkansas, was working for Garland County as an administrative assistant to a judge.

County Judge Rick Davis said that Goss was an employee he had “inherited.” He said Goss had worked for the county since 2004, and that her duties included the order and purchase of technical equipment for the county, and paying various bills.

Cathy Gaylene Tankersley does accounts payable for the county. She started to become suspicious after repeated incidents in which Goss would rush claims through due to being “past due.” The claims weren’t balancing out with the submitted invoices, and Goss always had excuses for this.

Then, Garland County Comptroller Susan Ashmore noticed that Goss was no longer paying the county bills on time and that there was an outstanding balance on the credit card.

RELATED: The Fashion Institute of Technology Brings Dog Fashion Into Their Curriculum

Taking a closer look at the credit card charges, Ashmore began to notice a lot of discrepancies, and notified the Judge.

When Davis discovered the discrepancies, he immediately spoke to Goss, and notifies various authorities, including the card company, state Legislative Audit, the sheriff, and several attorneys.

The exact amount of suspected personal charges totaled $162,598, and some of the purchases are incredibly noteworthy, including:

Incredibly, Goss didn’t seem to think it through enough to determine that maybe the purchase of a dog tuxedo on Amazon would throw up red flags for the auditors. Well, it did.

While we’re being honest here for a minute, the dog tuxedo was pretty fabulous.

Goss left her position in May 2016, and was officially fired the next month. In July, Arkansas State Police began investigating the fraudulent charges.

She was arrested in October of that year, later released on $50,000 bond.

Goss is being charged with six felony counts of fraud for abusing the credit card. Goss was supposed to stand trial on September 13th, but pleaded guilty to the crimes on September 11th.

A gag order was put in place in 2016, and will remain active until she is sentenced in November.

It is currently unknown what will become of the stylish Pug.