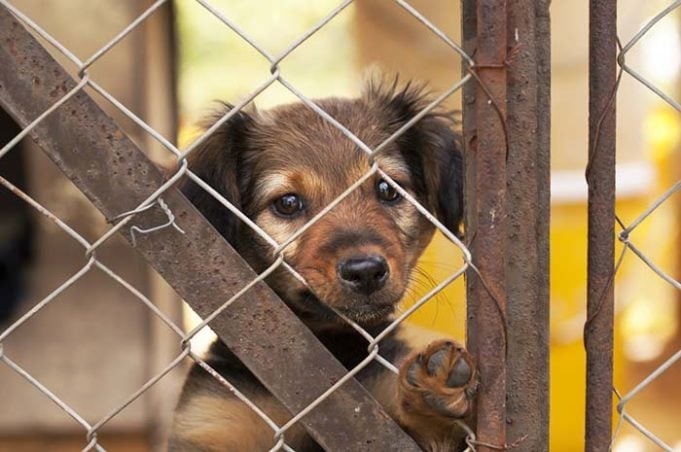 The Better Business Bureau is warning Americans that online transactions for puppy purchases are likely scams, and is cautioning against buying online.

This scam tends to originate in Cameroon, and is devised to steal money from people wishing to purchase puppies online.

Usually the breeds are much sought-after breeds (such as French Bulldogs, among others), and are offered at what are considered to be “discounted rates” compared to what they would normally sell for in the U.S.

According to the BBB, tens of thousands of consumers have been victims of these fake pet ads, being conned out of hundreds or even thousands of dollars at a time.

The BBB says Americans are being victimized “at an alarming rate,” with experts estimating that a whopping 80 percent or more of sponsored links appearing for pet searches may be fraudulent.

How the Scams Work

The scammers usually use MoneyGram orders and Western Union to collect payments from people. It usually starts with the initial purchase of the puppy, then is promptly followed by notifications that additional expenses are needed.

Some people are told the animal is sick and needs medical treatment before being shipped. Others are told crates or other supplies are needed for the travel. When consumers protest, they are often bullied into payment; they are threatened with legal action for “animal abandonment,” and other creative falsehoods.

The Fair Trade Commission took a look data from PetScams.com and ran some numbers, and concluded that victims tend to be in their 20s and 30s, and the average person is conned for $1,000.

The most popular breeds used for scamming are Yorkshire Terriers, French Bulldogs, and Pomeranians. Parrots are also a popular choice.

In one case, a buyer sent $700 via MoneyGram to Atlanta for a Weimaraner puppy and offered to drive there to get the dog. The consumer was promptly refused this by the seller, who insisted that the dog had already been shipped by air.

The seller proceeded to demand an additional $1,400 for insurance, which is what finally tipped the buyer off that something wasn’t right.

When the victim texted the thief to let him know he’d been scammed, the text included a picture of the victim’s crying daughter. The response by the seller was nothing but a curse word.

How to Avoid Getting Scammed

In a directive to the public, the BBB instructs consumers to inspect animals in person before buying, and to make sure any photos of animals on websites don’t already turn up on other websites. Scammers will refuse to let you meet them in person, and simple online photo searches will tell you if the photo exists elsewhere on other sites.

These issues have persisted for some time; in 2015, the FTC reported that a whopping 37,000 complaints were pet-related, and most of these were believed to be scam sales.

Several arrests have in made in the U.S. in conjunction with these fraudulent practices. In May of this year, three Cameroonian students living in Pennsylvania were charged with pet fraud for selling fake Boxer puppies on Craigslist. They made tens of thousands of dollars doing this. 2 out of the 3 were arrested, and the third has yet to be found.

Back in 2016, another Cameroonian was arrested in North Carolina after allegedly having scammed people for an astounding $500,000 in pet scams.

READ NEXT: You’ve Adopted a Puppy. Now What?