Home Dog Health Breathing Problems in Dogs: How to Spot Them and What to Do 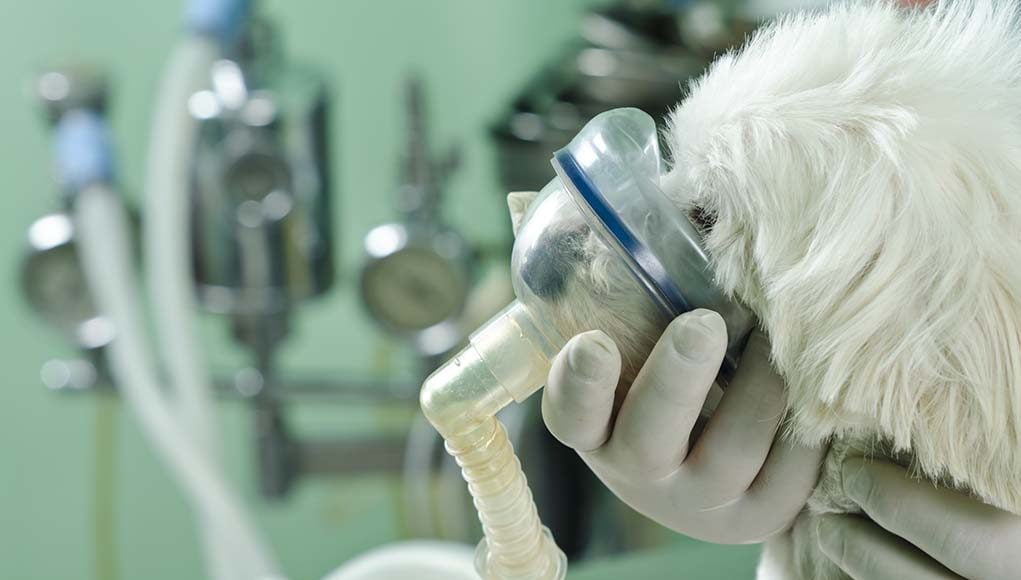 Numerous dog breathing problems can present a life-threatening situation, and a quick reaction on the owner's part is often necessary. Respiratory problems can be a sign of many health issues, and it is important to know how to recognize whether your dog is having any breathing issues.

How to Recognize Breathing Problems in Dogs

It is not as easy as it may first seem to know whether your dog is having issues with breathing. For dogs, the normal respiratory rate at rest is between 20 and 34 breaths per minute. On the other hand, some factors can make your dog breathe faster and deeper, like strenuous exercise, stress, excitement, and warm temperatures. That is normal and not a health issue to worry about. 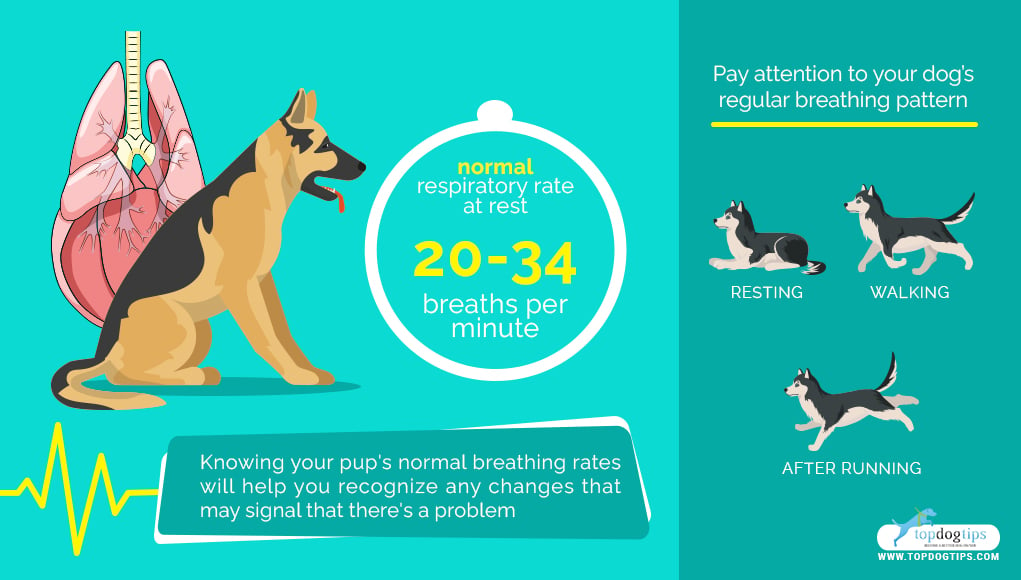 Please pay attention to your dog’s regular breathing patterns and how he breathes when resting and walking or after running. Knowing your pup's normal breathing rates will help you recognize any changes that may signal that there's a problem.

There are three main types of breathing problems in dogs. The first one is dyspnea, which is a term that describes difficult or labored breathing. The second one is rapid breathing called tachypnea, and the third one is abnormal panting. Let's cover all three in more detail.

ALSO READ: 9 Most Common Dog Health Issues (How to Prevent and Treat Them)

3 Most Common Breathing Problems in Dogs 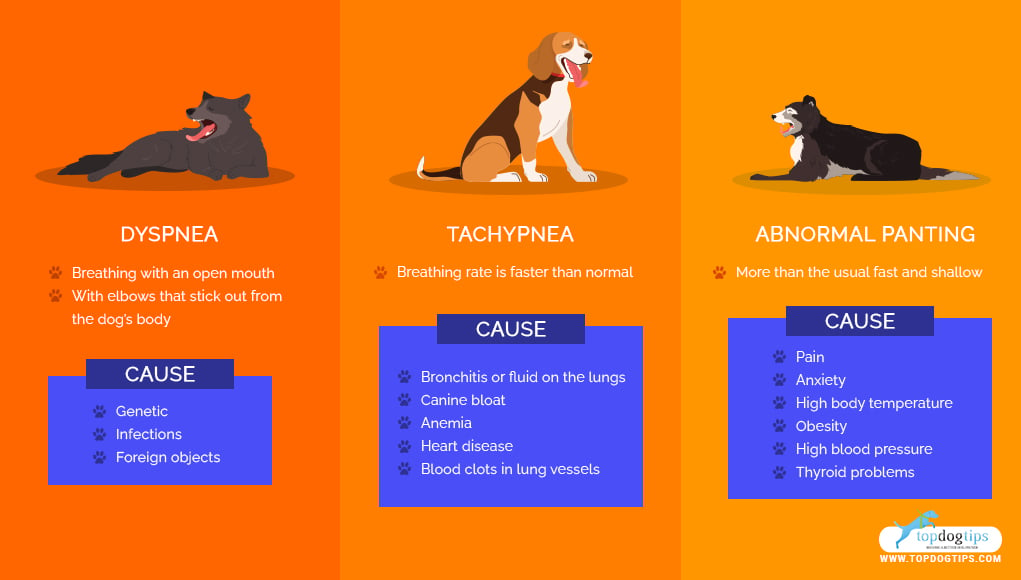 Labored breathing (dyspnea) is characterized by the pet's breathing with an open mouth and elbows sticking out from the dog’s body. Your pooch may also keep his head and neck low and in front of his body. His nostrils might be wide open when he breathes, and his chest and belly might move more than usual. Noisy breathing can also be a symptom of dyspnea.

Many underlying health conditions can cause dyspnea. Some are genetic or not as serious: small nostrils, elongated soft palate, trachea collapse, or allergies. Foreign objects stuck in your dog’s throat or nose can lead to breathing problems or choking.

Dyspnea is often a result of trauma to any part of the dog's respiratory system. Infections in the nose, lungs, and spaces surrounding the lungs are also common, just like inflammatory disorders such as chronic bronchitis.

Some conditions that cause dyspnea in dogs can potentially be severe, like tumors, pulmonary edema, or bleeding in the lungs. Even problems not related to the respiratory system can affect it indirectly and cause dyspnea. For example, an enlarged stomach, spleen, or liver can make your dog’s belly press on his diaphragm. Air or fluid in the belly can lead to the same problem.

Rapid breathing (tachypnea) can be recognized by a faster breathing rate than normal and shallow breathing. Your dog’s mouth may be partially open, but it usually won't be open as wide as when he is panting.

Tachypnea in dogs can be caused by lower-respiratory ailments like bronchitis or fluid in the lungs. Still, it can also be caused by some non-respiratory problems such as canine bloat, anemia, or heart disease. Blood clots in lung vessels can also lead to rapid breathing in dogs.

Canines can sometimes react to fever and heatstroke by breathing rapidly, although it is more likely to lead to panting. Tachypnea can turn into dyspnea if left untreated and shouldn’t be ignored.

While panting is often not a problem because it is a way for dogs to cool themselves in high temperatures or during exercise, a specific panting type can sometimes indicate a breathing problem. Normal panting is characterized by fast and shallow breathing, a wide-open mouth, and an extended tongue.

Unusually excessive panting (for no reason) or abnormal panting is in most cases caused by some minor health problem. It can be caused by pain, anxiety, high body temperature, obesity, high blood pressure, thyroid problems, etc. Some medications can lead to this too.

On the other hand, abnormal panting can be caused by the same issues that lead to dyspnea and tachypnea, and some of them are quite serious. The symptoms may be similar, and the treatment will be as well. 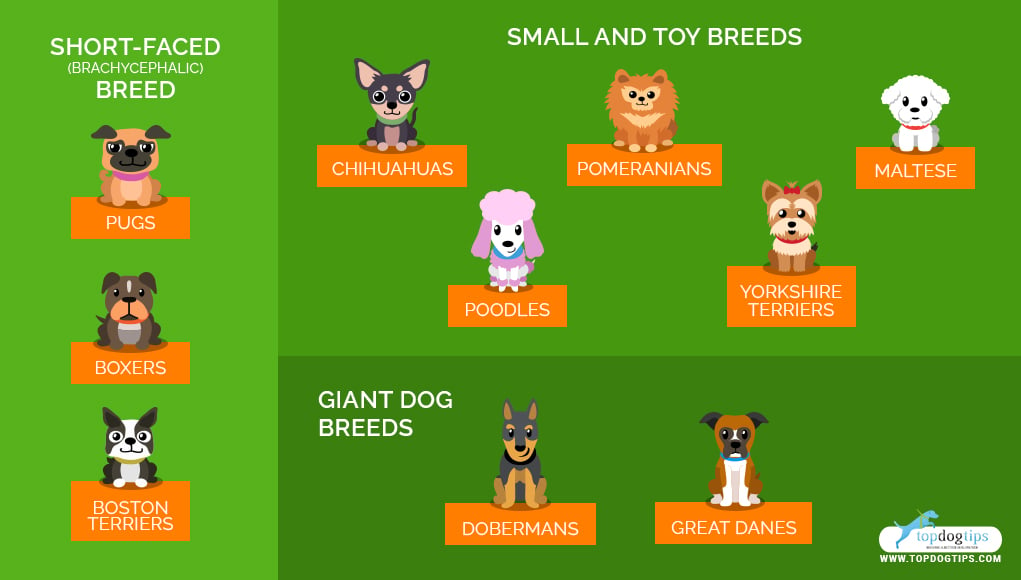 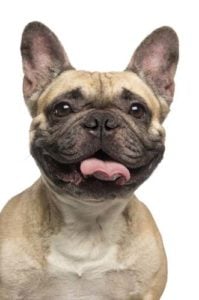 While dogs of any age, breed, or sex can suffer from breathing problems, some breeds are more susceptible to respiratory system issues because they are more likely to suffer from the underlying conditions.

For example, short-faced (brachycephalic) breeds like Pugs, Boxers, and Boston Terriers have been long known for upper airway problems, like the elongated soft palate, narrowed nostrils, and laryngeal paralysis. In fact, these breeds can have noisy breathing simply due to the shape of their face without having respiratory problems. Brachycephalic dogs are also predisposed to lung and heart-based tumors.

Small and toy breeds, like Chihuahuas, Pomeranians, Maltese, Poodles, and Yorkshire Terriers, are prone to suffering from tracheal collapse and chronic bronchitis mitral valve disease. That means that they are more likely to suffer from breathing problems.

Large and giant dog breeds like Dobermans or Great Danes are more likely to develop cardiomyopathy and congestive heart failure, which can then be related to breathing issues.

How Breathing Problems Are Diagnosed

If you notice that your pooch has breathing issues based on any of the above-mentioned symptoms, it is important to get him to the vet immediately to determine the severity of his condition and the underlying cause. Breathing problems can sometimes be a life-threatening emergency.

Your veterinarian will first ask you about the history of your dog’s health, when the issues began and whether there was some incident that may have caused this. After, your vet will examine the pet by observing his breathing. He will also check his gums because changes in the gum color can indicate a bad flow of oxygen and a low count of red blood cells (anemia).

Some of the possible tests your vet might include blood count, fecal examination, urine analysis, biochemical profile, and chest X-rays. If necessary, additional testing can include rhinoscopy, bronchoscopy, laryngoscopy, tracheoscopy, electrocardiogram, ultrasound imaging, and tissue biopsies.

How to Treat Breathing Problems 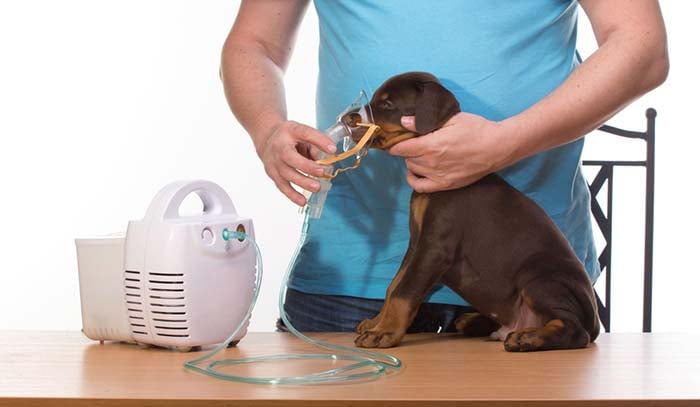 Treating dogs' breathing problems can be very different from case to case, depending on the underlying cause. You can not treat these problems at home without seeing the vet first. As soon as you suspect there's an issue with your pup's breathing, take him to see a professional. It may be a quick fix, but if your pet's breathing issues are severe, he will probably be admitted into the veterinary clinic for more prolonged treatment.

The first thing vets often do in this situation is provided oxygen therapy to help dogs breathe and stabilize them while addressing the underlying health issue. If there is fluid in the animal's lungs, the vet will drain it with a needle.

For respiratory infections, the common course is to treat them with medication. A vet prescribes antibiotics for bacterial infections only. Vets will treat fungal and parasitic infections with other drugs, while viral infections often demand supportive care.

If your pup suffered a trauma, he would be put on bed rest and given pain medications. In some cases, blood transfusion or even surgery may be necessary. Surgery can also be an option for tumors, along with radiation and chemotherapy. Foreign objects collapsed trachea, air or fluid in lungs, and laryngeal paralysis can also require a surgical solution.

Heart failure in dogs, which may be related to respiratory issues, is often treated with diuretics. It is also important to start oxygen therapy as soon as possible in these cases to prevent serious damage to the dog’s organs from the lack of oxygen.

A veterinarian will give you advice on how to manage your dog’s breathing problems at home to speed up the animal's recovery and prevent additional problems. This may include restrictions in exercise and keeping the stress away as much as possible. Changes in diet may also be required, especially if your dog is obese. Stomach acid can also worsen the symptoms of breathing issues, in which case a bland diet can help. 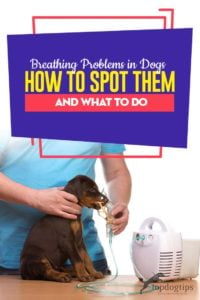 Breathing issues in dogs can happen due to many underlying health problems. It is necessary to determine first what the cause is and to treat it. Some possible causes include trauma, infections, heart failure, and tumors. A breed's genetic predisposition can also cause breathing problems.

Take your dog to the vet immediately if you notice any of the above symptoms, or the dog has unusually abnormal panting, and you think that they have an issue with breathing. Excessive panting and rapid or labored breathing are the first signs. Follow your vet’s instructions to treat the animal's respiratory issues and underlying causes at home.