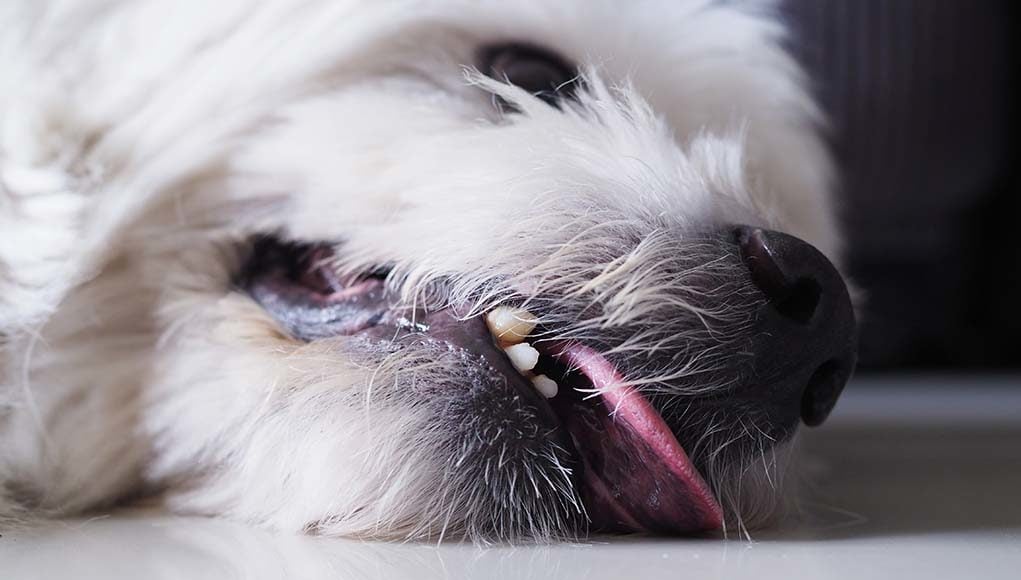 Dogs are good at hiding illnesses from their owners.

This behavior is inspired by dogs' ancestors that used to hide when sick because a sick dog was vulnerable out in the wild.

Sometimes, your dog's sickness simply isn't severe enough to warrant a trip to the vet, but there are many severe dog health symptoms that you shouldn't ignore.

If your dog is having difficulty urinating, this could mean a blockage or, even more likely, the dog may have attracted a urinary tract infection (UTI).

Excessive urination or straining when trying to urinate could also be a symptom of a tumor and something that needs to be addressed quickly.

Assess how your dog looks if you constantly replenish your pet's water bowl because the dog is drinking excessively.

It could be serious, especially if they are gagging, have diarrhea, or have stomach tightness.

It could be canine bloat, also known as gastric torsion or gastric dilatation volvulus (GDV).

Drinking too much is a widespread symptom of liver disease, diabetes, and bladder stones.

When walking the dog, keep an eye on how much urine he is passing.

There's an extremely long list of reasons your dog may be lethargic and constantly tired:

These conditions will cause your dog to be sleepy, refuse to play, and move around a lot less than usual.

When a dog is scooting on the floor, its behind is itching or bothering them.

If you've noticed that your dog started losing weight suddenly and quickly, make a call to the vet.

This could be a sign of many different conditions which must be addressed immediately:

A dog's gums are an excellent indication of its current health status.

Inflammation of your dog's gums could be a sign of gingivitis, and with gingivitis, your dog is likely to have bad breath too.

Gum inflammation can also be caused by many dental diseases and other oral inflammations.

Discoloration of the dog's gums, such as being pale, is another of several potential diseases.

When a dog refuses to eat, it could simply be they really don't like the food you're offering.

However, if this has been going on for a few days, it's a sure sign of many potential diseases.

Most commonly, dogs lose appetite due to stomach blockage, liver disease, heart disease, nausea, and blockage of the intestines.

All dogs tend to drool a little, which is entirely normal.

Drooling excessively, also known as hyper-salivating (ptyalism), is an important warning sign because it can be a symptom of an allergic reaction at the very least.

Your dog's throat may be swelling, causing him to drool more than usual.

Foaming at the mouth, which is different, is a famous sign of rabies and some other possible issues that must be considered.

A dog having trouble breathing is one of the scariest dog health symptoms.

Never ignore this sign and address it the very second you've noticed it.

If not addressed, your dog risks losing access to oxygen, which is fatal.

There are numerous reasons why your dog may have trouble breathing, including heart failure, kennel cough, bronchitis, pneumonia, allergic reactions, asthma, and more.

If your dog is suddenly very sensitive when you touch him, call the vet.

This could be a symptom of dog bloat if they are sensitive, particularly in a specific spot like the abdomen.

Bloat is a severe medical condition that needs to be addressed.

The dog might also be sensitive when injured or have internal pain due to joint problems.

Warts and lumps on the dog's body can simply be fat pockets, benign tumors that are completely harmless; they are prevalent in older dogs.

That said, body lumps can also indicate inflammation or malignant tumors that need looking at by your vet right away.

The vet will need to perform a biopsy and maybe start treatment if it's cancerous.

If your dog is limping, he may have been injured, sprained his leg, or something could be stuck inside his paw.

This could be a reasonably harmless problem that will go away on its own or after some help from you.

But it could also be a symptom of joint disease, arthritis, hip dysplasia, or cancer.

Most dog breeds fed a proper diet should have a sleek, shiny, healthy-looking coat.

If your pup's coat has suddenly and noticeably become dull and rough, it could be a couple things.

Your dog could have a vitamin deficiency or food allergy, or the dog might be malnourished.

Hyperthyroidism could also be the cause of kidney disease.

All dogs vomit from time to time, and if this happens on occasion, it's likely your pooch ate something that didn't agree with his stomach, and it's nothing to be concerned about.

However, when your dog is continuously vomiting, something is wrong.

It could be an internal blockage, kidney disease, digestive disorder, or other health issues.

Many dogs and their owners live with seizures throughout their lifetime, but that's not to say that seizures in dogs are typical.

If this happened for the first time, you'd need to discuss it with a vet immediately.

A dog's seizure may be caused by epilepsy, bacterial infection, brain tumors, and liver disease.

You'll notice a dog having a fever due to how sluggish he suddenly becomes.

When you check the temperature and see that it's over 102.5 degrees, this is a medical emergency.

Fever is a significant warning sign of an underlying health problem.

It's undoubtedly one of the most acute dog health symptoms that you shouldn't ignore.

17. Coughing Up or Vomiting Blood

A dog coughing up blood is a condition known as hematemesis.

It's a symptom of the following:

Constant sun exposure and hot summer weather can be life-threatening to dogs.

Overheating, in particular, is extremely dangerous.

It's often caused when the dog spends too much time outdoors without access to shade, cool water, or other ways to cool down.

If your dog is experiencing heat exhaustion, you need to call a vet at this point.

As mentioned above, gums are a good indication of several health issues in dogs.

Pale gums are an urgent sign that cannot be ignored.

There are many reasons for pale gums, including liver disease, heart problems, shock, and internal bleeding.

Your dog may also have jaundice (icterus) if liver disease is the reason for his pale gums.

Unlike seizures, fainting (syncope) is the complete loss of consciousness for dogs and is a medical emergency.

A dog may faint for many reasons, including too much stress and anxiety, imbalance of vitamins in the diet, heart tumors, heart disease, and even too much excitement.

21. Paralysis of Your Dog's Back Legs

Paralysis should never be ignored.

There are many reasons why your dog may not be able to move his back legs:

The dog's paralysis of the back legs could be caused by ticks.

Call your veterinarian immediately if you touch or even just look at your dog and notice that his abdomen has enlarged.

This can be a sign of the already mentioned canine bloat and is a medical emergency that's life-threatening.

An enlarged abdomen can also be caused by fluid buildup and liver disease.

Some allergic reactions are mild in their symptoms and aren't an emergency.

In contrast, others can cause dogs to have breathing problems and can be fatal.

Dogs have allergic reactions for many reasons, such as the environment, supplements, medications, vaccines, foods and ingredients, fleas, ticks, and heartworms.

Obviously, all dogs scratch all the time.

But suppose your pup is clearly scratching excessively, sometimes almost to the point of breaking the skin.

In that case, this could be a sign of many skin conditions, fleas, dermatitis, mange, or an allergic reaction.

If left untreated, excessive itchiness in dogs could lead to more severe problems.

Occasional sneezes and snorts are not an issue.

Many things can cause your dog to begin sneezing and snorting excessively and constantly, including weeds and allergies, allergic reactions, blockage, and more.

You'll need to call your vet to diagnose the exact cause and see if treatment is necessary.

READ NEXT: 22 Signs and Symptoms That Require an Immediate Vet Visit 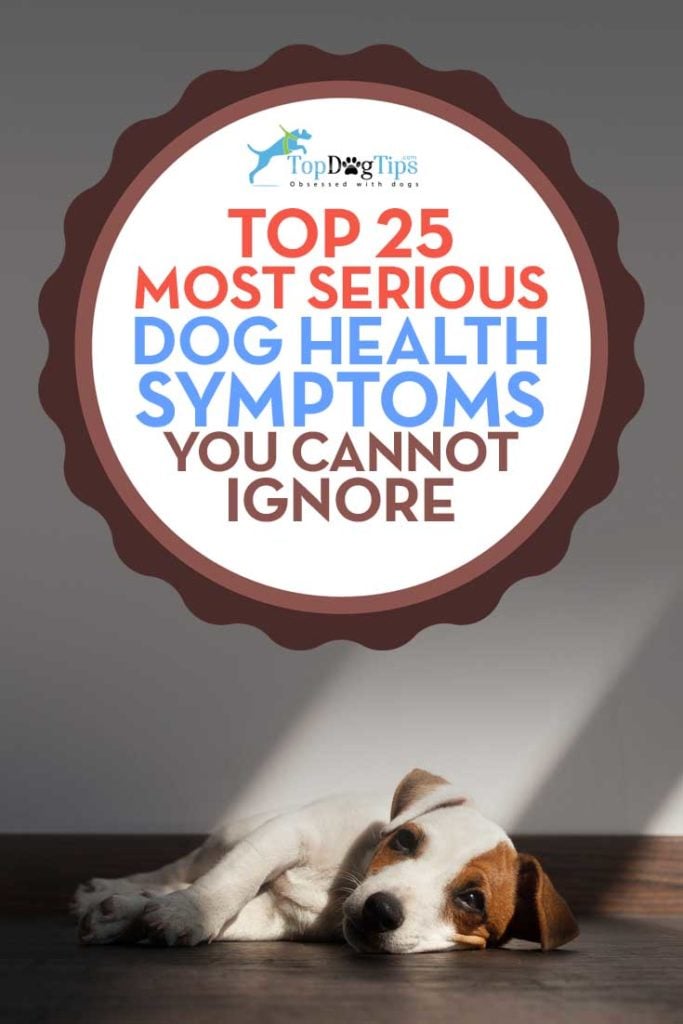