Home How-To Can Dogs Have Sleep Apnea and What to Do About It? 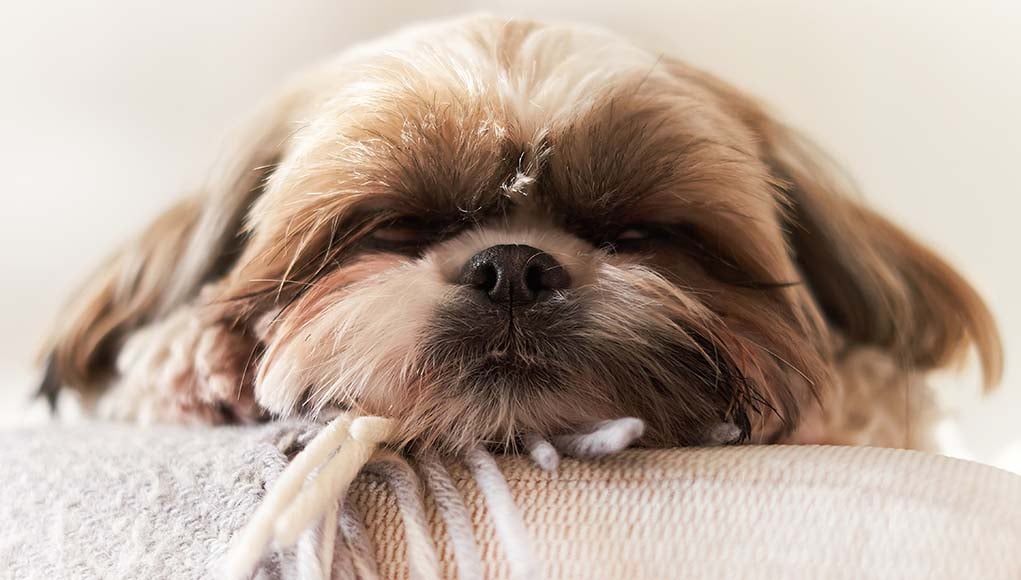 Watching your pooch while he dreams is one of the most satisfying experiences in life. It’s just so adorable when they twitch their paws, make little whining sounds, and snore like humans. While snoring quietly is absolutely okay, don’t ignore the noisy kind as it could indicate an underlying problem.

As surprising as it may seem, dogs can also suffer from a variety of sleep disorders including narcolepsy, insomnia, REM behavior disorder, and sleep apnea. Like in humans, the symptoms of sleep apnea in dogs is pretty much the same – loud and frequent snoring, tiredness during the day, irritability, and gasping or choking while sleeping. Basically, their breathing suddenly stops causing them to wake up with a jolt many times during the night. Not only does this prevent them from getting proper rest but severe cases could even lead to high blood pressure, heart disease, diabetes, stroke, and death if not treated. So if you do spot these signs, don’t ignore them.

When Should You See Your Vet?

First things first, don’t panic. It isn’t unusual for a dog to snore when he’s having a great nap or sleeping in an awkward position. Keep an eye out for nasal discharge, sneezing, or coughing as this indicates a cold. However, if your dog’s snoring has become louder or worse over time and his breathing is labored, it’s best to consult your vet as soon as possible. The sooner you take him, the sooner the vet can put him on a treatment plan. There’s even a high-tech collar called the PetPace collar which provides data on the dog’s activity, respiration, and sleeping positions. This in turn can help reveal how much deep sleep your pooch gets and other information that can help diagnose sleep disorders. 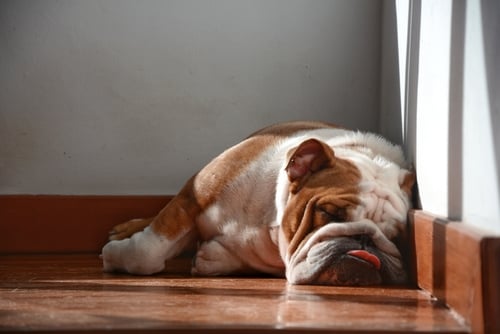 Causes of Sleep Apnea in Dogs

Dogs with short noses also called brachycephalic breeds are more likely to develop sleep apnea. These include breeds like Bulldogs, Boston Terriers, Pugs, Shih Tzus, and Boxers. They have short snouts and wider skulls and this facial structure affects their airways and increases the risk of sleep apnea as well as brachycephalic syndrome.

Pet obesity is not cute and can lead to a myriad of health problems including sleep apnea. An overweight dog has more fatty tissues that could collapse on their airways and block them.

In some cases, allergens may be the reason behind sleep apnea. This could be seasonal or related to certain environmental elements like pollen, dust mites, mold spores, etc. If your vet suspects this to be the case, he will probably end up doing an allergy test for your dog. 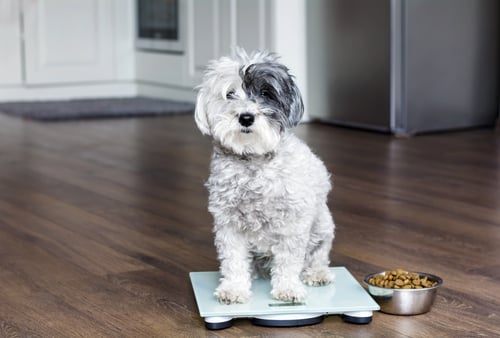 Treatment for Dogs With Sleep Apnea

When it comes to dogs, treatment is not as simple as upgrading to a “better” pillow. Even CPAP, BiPap, ASV machines, and oral appliance therapy is not available for canines right now so vets have to take an old school approach.

If your dog is overweight, vets may suggest a diet that is nutritious and keeps those extra calories in check so that your furbaby doesn’t overeat. This means no additional treats, no junk food, and definitely no feeding at the table. You may also need to exercise your dog more by taking him on long brisk walks or runs, making him climb stairs, or even putting him on a treadmill. Losing weight will reduce the fat deposits in the upper airway and automatically improve his sleep apnea symptoms over time.

Try and reduce the allergens in your home by vacuuming and dusting more often. Keep him away from grass and shaggy rugs. If your dog seems to be snoring more in a particular position, encourage him to sleep differently even if that means kicking him off your bed. This is called positional therapy and will help him sleep better.

Certain prescription drugs will also help manage your pooch’s condition and in situations where obstructions are caused by malformed airways or nostrils, surgery may be your only option.

Other Sleep Disorders in Dogs

Narcolepsy is caused by a genetic disorder that usually affects younger dogs. It leads to low levels of “hypocretin” which helps maintain normal sleep patterns. It also affects overweight dogs and breeds like Poodles, Labrador Retrievers, and Doberman Pinschers. A dog with this condition will suddenly collapse and fall asleep, especially after intense playtime or exercise. Their muscles become sluggish and they will appear to be in deep sleep. Any loud noise, petting, or external stimulation will abruptly wake up the dog and leave him confused and flustered.

This condition is not life-threatening or painful neither is it curable. However, it can be managed by minimizing the triggers that set it off. Medications that reduce hyperactivity, gentle petting, and comforting words can help reduce the severity of a dog’s narcoleptic episodes.

Adult dogs usually sleep around 12-14 hours a day so insomnia is considered pretty rare. The causes could be a painful physical condition like an injury or arthritis, fleas that cause itchiness, frequent urination caused by diabetes or kidney disease, or anxiety and pent-up energy. If you'd like to know how to deal with your dog's anxiety you can listen below.

Once the vet has identified the cause, treating it is fairly simple. If it’s pain-related, prescription medicines should help. This goes the same for any underlying health issues including kidney problems. For older dogs with insomnia, an orthopedic bed and a diet rich in Omega-3 fatty acids are recommended. Increased physical activity and a special playtime session before they snooze could also help them sleep better. Lastly, ensure that their sleep area is comfortable, especially their bed.

While most dogs will twitch their paws while sleeping, if your pooch seems to be literally running after a squirrel in his sleep, he may be suffering from REM Behavior Disorder. This condition could become extreme in some dogs by causing them to run into walls or even attack inanimate objects around them. Vets usually prescribe Clonazepam to reduce the symptoms and give your dog a restful sleep.

Any changes in your dog’s sleeping schedule and habits should be brought to your vet’s notice immediately. Don’t try to diagnose it or treat it yourself. Sleep apnea in particular can be deadly if left untreated. Do not ignore the dangers and do get help as soon as possible so that your pooch can live a healthy life, get restful sleep, and be his usual adorable self!

READ NEXT: This Is What Your Dog’s Sleeping Position Says About Him 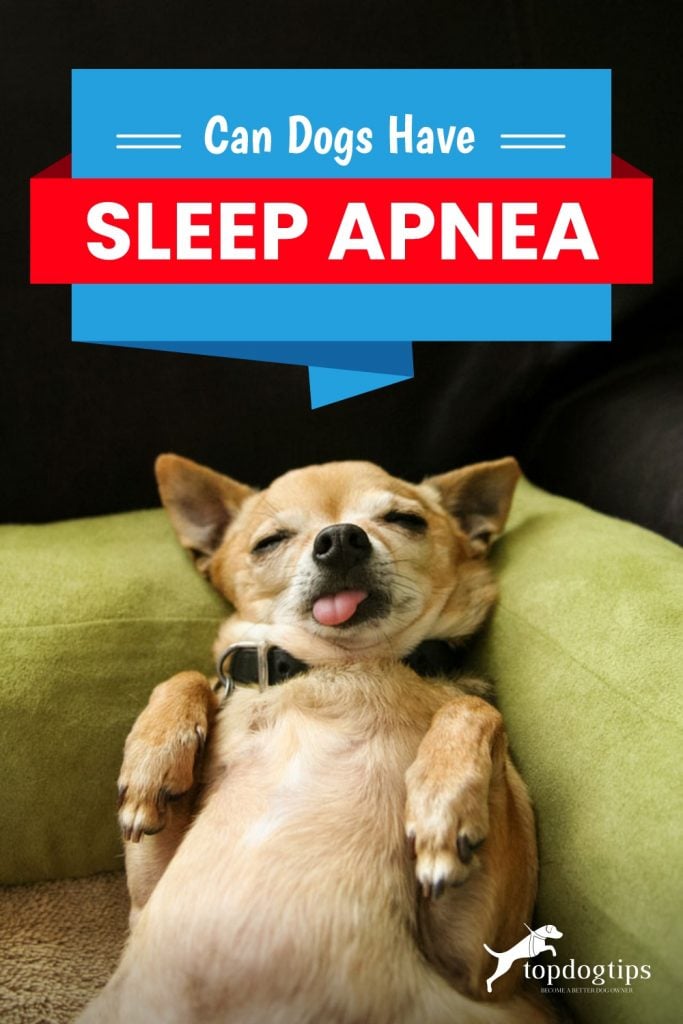 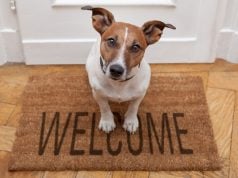 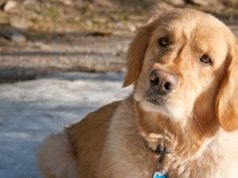 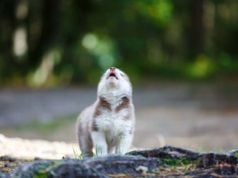 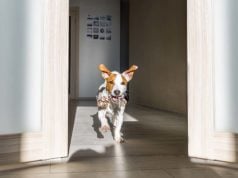 How to Tire Out a High Energy Dog or Puppy: 12 Ways Inside and Outside 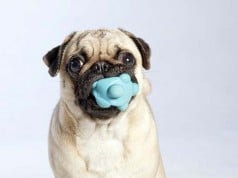 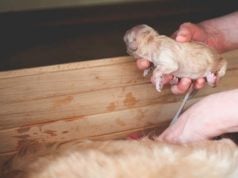