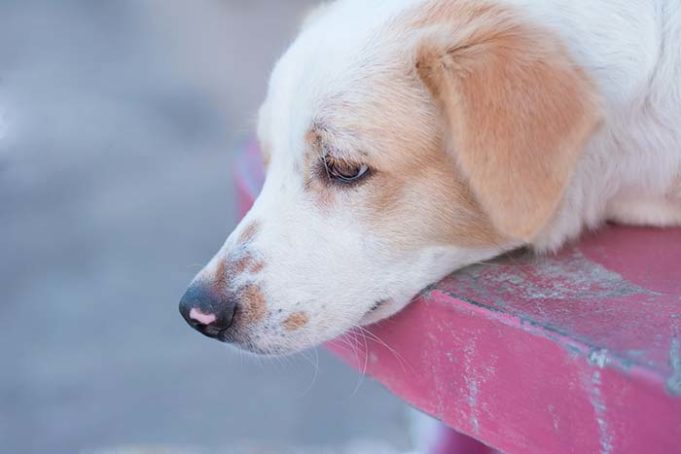 A recent canine flu outbreak affecting thousands of dogs has now made its way into North Texas.

The Texas A&M Veterinary Medical Diagnostic Laboratory documented 2 cases of dog flu in North Texas this past month, and there are 3 of cases of it in Dallas County. North Texas now has a total of 7 confirmed cases of canine influenza, according to an IDEXX report.

Irving City Animal Shelter’s Veterinarian Catherine McManus says that her staff is on high alert, carefully searching for any signs or symptoms of the H3N2 virus in their dogs.

This is the busiest time of the year for the shelter, so the prospect of a canine flu epidemic is overwhelming. McManus says her staff is just very focused on getting spays and neuters accomplished as quickly as possible so that they can get dogs adopted sooner.

About the H3N2 Virus

According to the Centers for Disease Control and Prevention (CDC), Canine Influenza (also known as the dog flu) is a respiratory disease that spread easily among dogs (just like the human flu).

The H3N2 strain of the virus was first detected in dogs in the U.S. in 2015. Chicago and the surrounding areas experienced the hardest hit, with over 1,000 cases being reported in Illinois and several neighboring states. At least 6 cases were fatal.

What You Should Do

While it is an idiom among animal professionals that “sometimes, animals get sick like we do,” and it can be nothing to worry about, now is not the time to take symptoms of illness lightly.

As with most things, prevention is better than cure. There is a vaccine for this strain of dog flu. It is a series of two shots, and takes about three weeks for full protection to be attained by the dog’s body.

McManus urges people to get their dogs vaccinated routinely, the same way people get their flu shots. But many dogs are not vaccinated against canine flu.

If your dog is not vaccinated, McManus recommends keeping them away from other dogs right now as much as possible. This includes dog parks, daycare, boarding, grooming facilities, and dog beaches.

According to health officials, dogs can also spread this flu to cats. There is no vaccination available for cats.

If you think your dog is exhibiting any strange symptoms, please visit your veterinarian as soon as possible.