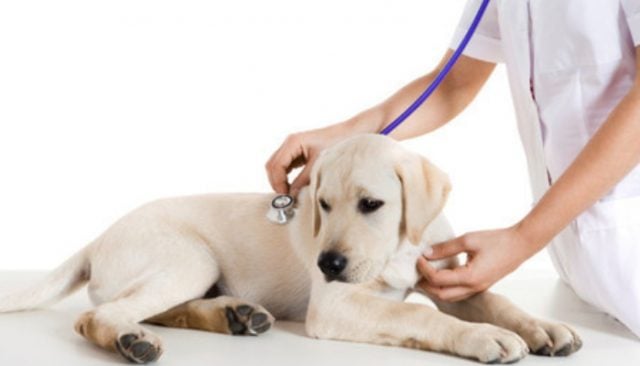 A major Chicago shelter has had to halt adoptions to treat its sick dog population. Luckily, vaccines are available.

Chicago’s Anti-Cruelty Society, one of the city’s biggest and most major animal shelters, has been forced to close its doors to adopters after a new strain of canine influenza virus (CIV) made its appearance in the facility.

In March 2015, a new strain of CIV hit the Chicago area, and has resulted in several outbreaks at shelters across the city. In December, the outbreak was deemed an epidemic in Chicago.

On February 6th, the Anti-Cruelty Society (ACS) discovered a handful of dogs who had the virus in different areas throughout the shelter. Because many dogs in the area have no been exposed to the virus, they have no immunity to it and therefore it spreads very easily.

This is catastrophic for shelters like ACS, who have high populations of animals confined in small spaces. If one dog gets the virus, potentially all the dogs can get it very quickly thereafter.

ACS is an open-access shelter, meaning they do not turn any admissions away. But in order to get some control over the spread of CIV in the city, they have been forced to halt adoptions. This will allow them to treat affected animals while minimizing the spread and impact of CIV on the rest of the canine community in Chicago.

This dog flu is a contagious respiratory disease caused by Type A canine influenza virus. There exist two types of CIV: H3N8 (first diagnosed in 2004), and the most recent H3N2, which caught its roots in Asia in 2006. It was discovered in the U.S. in 2015. Both of these are canine-specific, and are not communicable to humans.

Symptoms in dogs are a cough, runny nose, and fever. Some dogs exhibit no symptoms, some have moderate symptoms, and some even die after experiencing illness characterized by pneumonia.  This flu manifests in various levels of severity in each case.

RELATED: The Truth About Canine Influenza

The disease spreads like a human flu – through direct contact and via respiratory secretions in the air (coughing, sneezing, etc). The disease can be detected and diagnosed by a veterinarian.

Treatment consists mostly of palliative care; medications for comfort and fluids for hydration may be administered. In some cases, antibiotics may be used.

Thankfully, a new vaccine has been developed which protects against both strains of CIV. Dr. Luis Martinez-Sobrido of Rochester, N.Y. recently led an experiment which resulted in the creation of the vaccine. This vaccine will help both dogs and humans, but its biggest impact will be on shelter dogs.

Current vaccines must be given 2-4 weeks apart, are not immediately effective, and are not effective in dogs who already have the disease. In rare cases, dogs may exhibit allergies to vaccines, so go back to the vet if you notice any swelling or adverse side-effects.

RELATED: An Ounce of Prevention is Worth a Pound of Cure – For Dogs

Your veterinarian will advise you on whether or not you should vaccinate for this disease. Typically, the vaccine is used on “social” dogs (those attending daycares or doggy parks), and those entering a boarding facility. Dogs can be vaccinated as young as 6 weeks old.

The Anti-Cruelty Society should open in the coming weeks for dog adoptions. Because this disease only affects dogs, it remains open for cat adoptions.

To help donate to ACS for the treatment of CIV in its dog population, please donate here.