Home Dog Care Is Cinnamon Bad for Dogs? Uses, Benefits and Side Effects 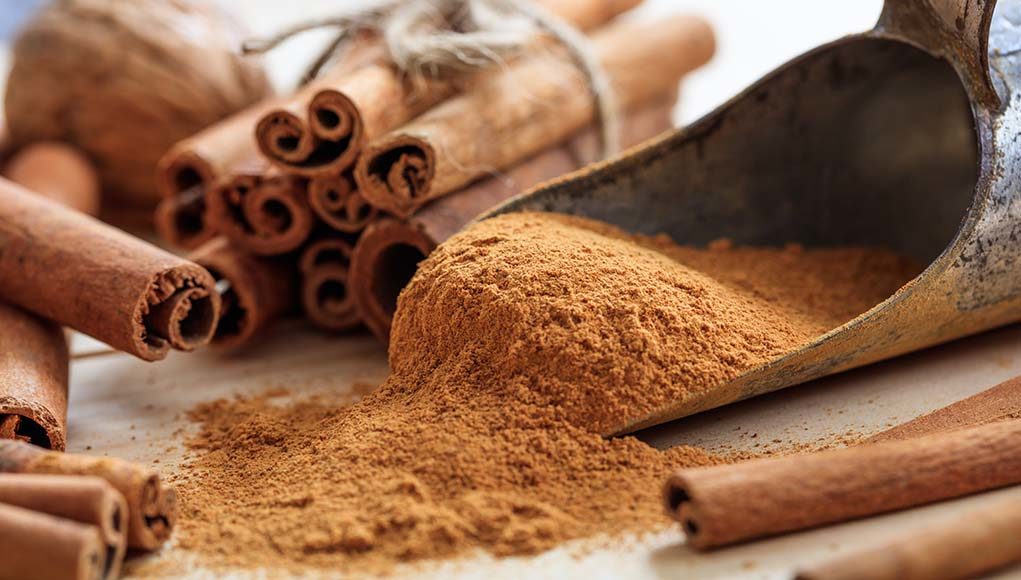 We know cinnamon has health benefits for people, but have you ever wondered if it’s safe for your dog to chew on a cinnamon stick or sample your cinnamon bun?

Here's what you should know about cinnamon for dogs, including benefits and adverse effects.

Is Cinnamon Bad for Dogs?

Cinnamon can be perfectly safe for your dog if it is the right kind! If you didn’t already know, there are two kinds of cinnamon.

Cinnamon has many health benefits, but you can also have too much of a good thing, so it is important to get your dosage right when supplementing.

The following recommendations should be taken into consideration as a guide.

When trying something new, it's a good idea to start slowly and gradually build up to the recommended amounts so that your dog has the time to adjust without becoming sick. What are the Health Benefits of Cinnamon for a Dog?

Cinnamon has a great flavor.

It is added to all human foods to jazz up main dishes, breakfasts, desserts, and drinks.

It can have the same effect on your dog’s meals and treats.

One of the main benefits of cinnamon is its anti-inflammatory properties and ability to either slow down or stop the growth of bacteria.

It takes just half a teaspoon of cinnamon powder a day to reduce the risk of developing diabetes in older dogs and obese or overweight dogs.

It does this by raising insulin resistance and helping to regulate blood sugar.

Cinnamon is also great for skin issues due to allergies.

Studies have shown that cinnamon helps with yeast infections as it works to fight the fungus that causes them.

Dogs that suffer from yeast infections sometimes do not respond well to standard medications.

Cinnamon, however, has proven to be highly effective for skin conditions in dogs.

How to Use Cinnamon in Your Dog’s Diet

Having read about some of the health benefits of cinnamon for dogs, you are keen to discover creative ways to incorporate cinnamon as a supplement in your dog’s diet.

This way you can know exactly what your dog is eating, and even tweak recipes specially for your dog’s health requirements and tastes.

You should avoid giving your dog baked cinnamon foods that are made for humans though, as these are often loaded with sugar and are high in fat, posing many health risks to dogs.

Mix a little cinnamon in with their dog food – If your dog has several meals a day then a pinch of cinnamon here and there is the perfect supplement to spice up your dog’s dinner and give them a health boost at the same time.

What are the Side Effects of Cinnamon for Dogs?

Now that you have discovered ways of incorporating cinnamon into a dog’s diet, here is some information on its side effects to watch out for when feeding it to your dog.

Can Dogs Chew On Cinnamon Sticks?

You might think, given that cinnamon has many health benefits, that cinnamon sticks themselves would make great chews for a dog to enjoy.

Unfortunately, while cinnamon is not toxic for dogs and has many health benefits, care needs to be taken in the quantities allowed and the method of consumption.

Chewing a cinnamon stick can irritate your dog’s mouth.

There is also a risk of your dog choking if he swallows part of the stick or the whole stick, and it gets lodged in the dog’s throat.

Sharp splinters may also cause internal tears or bleeding.

As a safety rule, dogs should not play with or chew on sticks. You can get much safer alternative chews and toys for them online or in your local pet store.

Is It Okay To Let A Dog Lick Up Cinnamon Powder?

No. Feeding cinnamon powder directly to your dog can cause problems too.

Firstly, they may consume too much at once if you have not properly measured a dosage appropriate for your dog.

And secondly, your dog is likely to inhale the cinnamon when sniffing it; this will make them choke and find it difficult to breathe.

What Are The Risks Of An Overdose Of Cinnamon?

According to The Pet Poison Helpline, no matter how big or small your dog is, or how old or young, anything more than one teaspoon of cinnamon powder can cause problems for a dog.

Smaller dogs breeds may be even more sensitive to smaller doses than this.

Cinnamon essential oils should also be avoided for your dog as it is a far too concentrated form of the spice.

Overdosing of cinnamon can lead to the following: 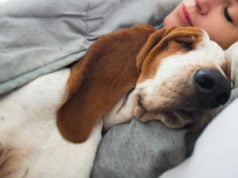 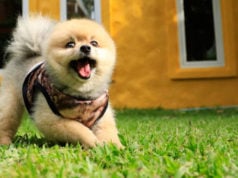 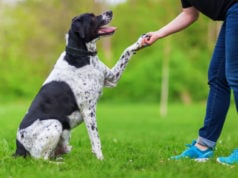