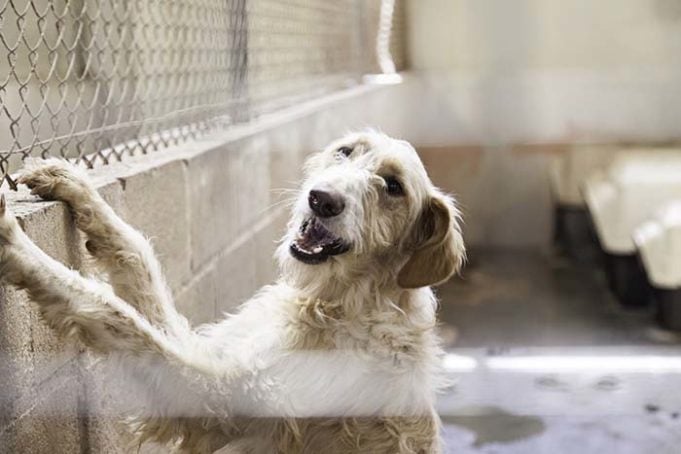 Dogs with behavioral problems are unfortunately the first ones to be euthanized at animal shelters. For the staff, it seems to be the easier choice to go with the most problematic canines, especially when animal shelters are constrained for space and the number of rescues keeps piling up.

But Dr. Sheila D’Arpino, who did a study on a shelter dog behavior for years, believes that the conditions inside an animal shelter are far too stressful compared to a normal home environment. To prove her point, she took in a problematic terrier named Walter that was too challenging for the shelter staff.

Walter did not trust humans and showed aggressive behavior. Because of this, Walter was never put up for adoption and was even a candidate to be euthanized.

D’Arpino, however, tried to understand the dog's behavior. Within a month of staying at her house, Walter began to follow her around and even enjoyed sitting on her lap. Eventually, the dog also learned to play and enjoy the human and sometimes went off the leash during their regular walks and exercise. D’Arpino ended up adopting the now properly-trained and well-behaved dog but she also proved her point that shelter stress is a big factor to how a rescued dog’s rehabilitation can be effective.

According to the American Society for the Prevention of Cruelty to Animals (ASPCA), a dog's behavior while under the care of a shelter cannot be regarded as a fair and reliable assessment. Like the doctor, the organization believes that being in a shelters site might actually heighten dog stress so they manifest a lot of behavioral problems.

Here are six of the most common problems dogs show if they stay in shelters: 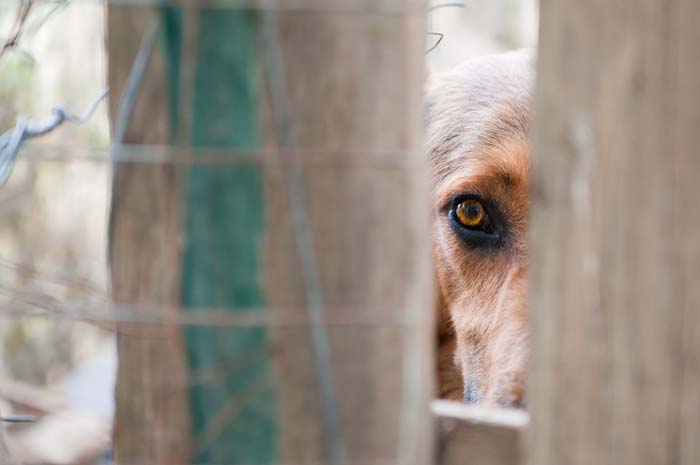 You might expect the dog to be happy and relieved to be rescued but his anxiety may actually heighten when he's inside a shelter. This is because the dog has been through a lot of stress before help arrived and when he's finally rescued, he's placed in a temporary but unfamiliar place, which adds additional level of stress and anxiety.

Although it's possible for the dog's anxiety to diminish with time, much patience is highly required from the shelter staff members who oversee the dog's welfare at these places. It takes a while for a shelter dog to be adjusted and ready for adoption and in some cases, the anxieties might not actually clear up until the dog is placed in a foster home.

Similar to anxiety, dogs in shelters develop high levels of fearfulness due to a number of factors. It might be because of the presence of other unfamiliar dogs, or the pet's unfamiliarity with the staff and vets caring for him, or he is generally traumatized by his previous and/or current experience.

Fearful dogs in shelters tend to act out, bark a lot, and generally exhibit fear aggression and other behaviors that might become a huge headache for the shelter workers. In some cases, a professional animal behaviorist might be brought in to properly train the dog but then most shelters cannot afford special treatments like this. Hence, many shelter dogs end up not getting the right attention and guidance they deserve. As a result, they remain unadoptable. 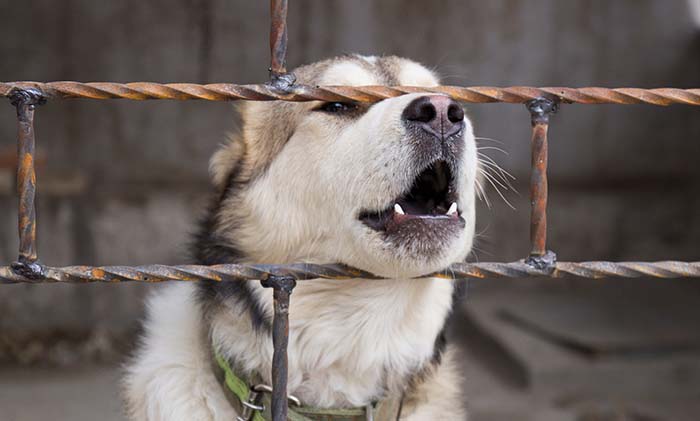 Aggression in shelter dogs arises as a direct consequence of anxiety and fearfulness. It's their natural reaction to the stressors around them and they need to show aggression as a defense mechanism.

In most cases, shelter dogs fight over food. They snap or growl as they guard their food bowl against the rest of the dogs. But they may also become aggressive when guarding other things like toys, or their favorite spot and person in the shelter. Experts call this behavior resource guarding, according to a recent 2018 study published in the Frontiers of Veterinary Science.

You might find some dogs separated or isolated from the rest of the pack to avoid fights between aggressive dogs. It's not an ideal environment nor solution but unfortunately, the options are fewer when dogs are in a shelter.

Shelter dogs that were bullied by other dogs, or abused and mistreated by their former owners tend to be overly shy if they are not aggressive. This behavior shows the lack of socialization skills that can be corrected with proper training, along with love and care. These dogs need a constant reassurance that they are already safe but it's hard to do this when they remain in a shelter. 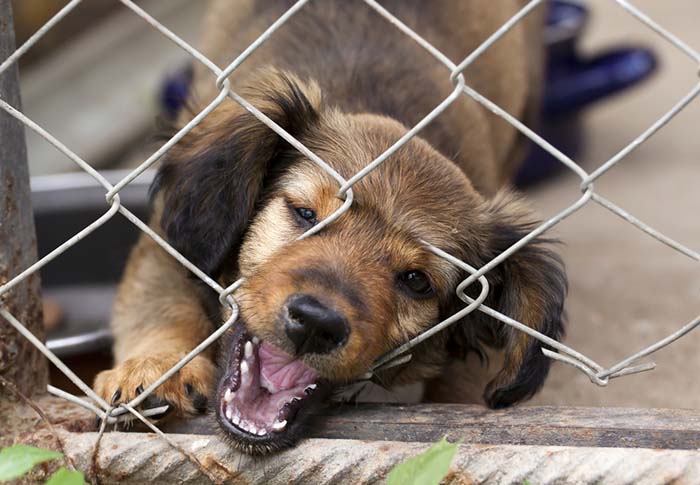 When a dog develops anti-social behaviors like anxiety, fear, and shyness, he may also manifest destructive behaviors. Since a dog cannot vocalize his feelings, this is his way of communicating that he is under a lot of stress.

Dogs also show destructive behavior due to a lack of mental stimulation or physical activities. Some shelters might hardly walk the dogs or even provide for some engaging fun and play because there are not enough workers or volunteers that can to do these things with them.

The reality is many shelters mostly provide a roof for the animals to keep them off the streets. But you cannot expect that the dogs get some TLC. Hence, shelters rely on foster homes to prepare the dogs for adoption.

Some shelter dogs may have the habit of soiling and making its mark by peeing on things or spots. Oftentimes, people confuse this with the lack of house training. But even if these dogs were properly trained in their former homes before, they might still exhibit this behavior because of the time they spent as a stray. 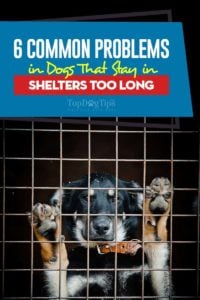 In other cases, this behavior might also be an indication of intimidation. Submissive urination happens when dogs want to express to other animals or people that they are not a threat. While common in puppies, dogs with their confidence shaken due to mistreatment or abandonment, such as those in shelters, also display submissive urination. Thus, shelter dogs usually require behavioral and house training or retraining to curb this behavior.

Some shelters seek volunteer homes that may welcome foster dogs temporarily, especially for dogs certain issues. However, as with the problem in shelter space, there are also not enough foster homes. If you are concerned for the plight of these dogs in shelters, you might want to consider enlisting for foster care. Contact an animal shelter in your area to know the requirements and the details.

READ NEXT: 13 Reasons Why Dogs End Up in Shelters