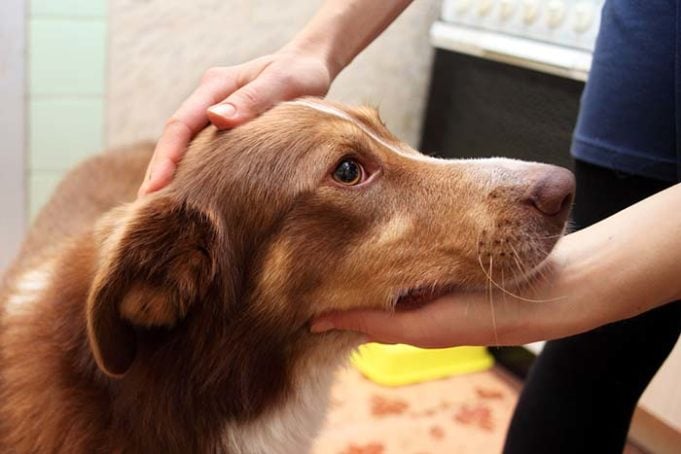 Could man's best friend trigger the next flu pandemic in humans? Recently, researchers found concerning reasons that dogs might be the source of a new deadly influenza virus which could infect thousands of dog owners in the future.

“The diversity in dogs has increased so much now that the type of combinations of viruses that can be created in dogs represent potential risk for a virus to jump to a dog into a human.”

Experts at the Center for Research on Influenza Pathogenesis (CRIP) and the Icahn School of Medicine in New York have evidence of some flu viruses that have diversified in dogs. In a new study published on the American Society for Microbiology, the experts stated that the strains might have originated from birds, then passed on to pigs, which then jumped on to dogs.

The worry is that eventually, these viruses might jump to humans as well. The process has been likened to the H1N1 pandemic that started in 2009 among birds, which affected pigs and caused thousands of deaths in humans who ate pork meat.

More than five years ago, scientists in China identified some farm dogs carrying the H3N2 virus that came from birds. Around the same time, Professor Adolfo Garcia-Sastre and his colleagues from Icahn collected 16 types of virus in pet or family dogs from Southern China.

The team recently completed the gene sequencing of these 16 strains and learned that three types of new dog flu virus developed. Experts named these strains as H1N1r, H1N2r, and H3N2r.

Garcia-Sastre explained the implications of their discovery. The risk of another influenza pandemic is greater because there is another potential host or carrier in dogs. In addition, as dogs have such a close contact with humans, it might be hard for dog owners to be immune to the newer virus strains. Thus, finding proactive ways to limit the circulation of the flu virus in dogs must become a priority.

Flu Vaccination In Dogs Not Yet Common

When the swine flu struck, pigs that were bred in farms were given vaccinations. Garcia-Sastre suggested that the same solution might be applicable to dogs. But will dog owners relent? Will vaccinating dogs become the norm?

Dogs do suffer from canine influenza and 40 states in America have small records of dog flu incidents every year.  However, humans are immune to this type of flu virus. The illness is normally transmitted from one dog to another dog that comes in contact with the sick dog's food or water bowl. The infection can spread if the dogs share the same kennel, collar, leash or toys.

Canine influenza can manifest in a dog within 48 to 72 hours of exposure, with symptoms like sneezing, coughing, excessive barking and watery eyes. The flu can persist for 21 days, however, some dogs might not even present any symptoms, according to the American Veterinary Medical Association.

The virus, on the hand, can live in people's clothes or hands within 12 hours, so dog owners can also transmit the virus to other dogs living with the family.  However, it's not common for families to vaccinate their dogs, especially if there's only one pet at home. If there’s more than one dog, the sick one is usually quarantined at the vet and no vaccination would be given.

The push to vaccinate dogs is more common in doggy daycare facilities, grooming centers, and boarding services because there is a higher risk of exposure to these sites.

The Purpose Of Vaccination

Vaccinating a dog against the flu virus won’t immediately mean the pup is safe from developing the illness. He can still become sick, depending on his general health condition and immunities. However, the point of vaccinating dogs is to prevent flu virus strains from spreading rapidly. It could also help bring down the severity of the illness.

Most vets don't, unfortunately, don’t stock up on dog flu vaccine since it's not a commonly requested procedure. But with the recent study's findings, a change might be in order.

READ NEXT: Can Humans Get Worms from Dogs?