Dogs aren’t always going to behave; that common sense knowledge is apparent to every pet owner in the world. However, not all dogs misbehave in harmless ways like digging holes in the yard and getting into the garbage. Some dogs do, unfortunately, exhibit aggression such as biting, incessant barking, jumping on people, and getting too rough during playtime.

While this is certainly not uncommon, some owners may feel the need to resort to drastic measures such as electric training collars, also known as shock collars, in order to curb the behavior. This is a bad idea. Training collars can – if not used properly – do more harm than good, and many dogs are seriously and negatively affected by the use of this method.

Electrocuting your dog is not necessary and is inadvisable by organizations such as PETA and the Humane Society.

In some instances the shock from a training collar may even upset your dog more and add to his aggressive behavior. There are many ways to deal with aggression that are more humane and less expensive than investing in and using a shock collar.

Understanding aggression is the first step in dealing with it.

Once you understand what aggression is, where it comes from, and why your dog is exhibiting signs of aggression you will be able to properly train him to deal with the issues in a healthier way.

How to Deal With Dog Aggression Without Training Collars

Before getting into how to solve and remedy dog aggression, it is important to learn a little bit about the issue itself so you can know what you’re dealing with. The first thing to note is that any dog can be aggressive. Don't think that just because you have a small breed or a breed that is known for their mellow temperament and good nature toward children that he won't be aggressive.

There are several types of aggression: fear-induced, territorial, and redirected. A particular dog's aggression may also vary from situation to situation. Fear-induced aggression is emitted when your dog feels threatened and as though they’re about to be harmed. He immediately goes into instinctive defensive mode, and that may lead to combative behavior.

Territorial aggression occurs when dogs feel that their home is being invaded and their family is being threatened by an outsider. Redirected aggression is somewhat like projection. If a dog is unable to attack the thing he wants to attack, he may go after something else. For example, if there is a fence barricading the dog from biting another dog that is provoking his anger, he may instead lash out at the person that is close to him.

One of the best ways to combat aggressive behavior is through behavioral training. This method does not require the use of a training collar. Before attempting any kind of behavioral training, there are a few things you should do to make sure that there isn’t a more serious problem or, if the problem is already severe, you’re not going to be in over your head.

Also, spay or neuter your dog, because dogs that have not been spayed or neutered tend to be more aggressive than those who have.

Some types of aggression may also be neurological. These types of behaviors will require you to see a veterinary behaviorist to diagnose and treat the disorder. In cases where medical issues or neurological problems are the cause of the aggression, training is not enough and you will need to seek professional help.

If you feel there may be an underlying issue causing your dog's aggressive behavior, keep him away from people or situations that may make him act out while you're going through the process of diagnosing him. Use the necessary restrictions in order to keep everyone safe.

If the problem is not extremely dangerous and the medical steps have already been taken, there are some behavioral training techniques that can be used to remedy this aggression problem and make home life easier for you, your family, and your pet(s).

Teaching Your Dog Through Behavioral Training

Shock collars may seem like a tempting option, but they will only make things worse. Studies have shown that shock collars induce fear, anxiety, and possible aggression in a dog, and that is the last thing you need. Punishment and negative reinforcement are not the way to go here. Taking a hardline route will only end in more problems for everyone.

Instead, try some new training tactics. Get to the root cause of the problem. The causes of aggression listed above should help you determine the type of aggression your dog is feeling.

If they’re exhibiting fear-induced aggression, find out what’s scaring them. If they’re demonstrating territorialism, figure out what it is that they are so territorial over. If they’re redirecting their anger, find the original source of the aggression.

Determine these and you have your key to unlocking the reasons behind the aggression. After ascertaining the cause (if you can), remove any provocations that could be causing the problems with your pet. Also, be sure you don't put him in any situations that may induce his aggression as that could get him, yourself, or someone else terribly hurt.

* The above top 5 picks for best selling dog behavioral training books are based on Amazon’s Best Seller rankings [July, 2015].

RELATED: How to Keep Your Dog Safe on Daily Walks

Keep this up consistently and be authoritative. Establish yourself as the alpha of the house by being in charge and not rewarding your dog when he behaves badly. Although bribery and distraction are quick fixes, in the long run they teach the dog that doing a certain bad action gets him something he likes. That further incentivizes the poor behavior.

Sweet-talking your dog into behaving may also work. I know it sounds silly, but once the situation appears where you expect that he is going to be aggressive, immediately lay on the charm and talk to your dog in a reassuring way. Give him treats and make the situation into something positive instead of negative.

Then once the situation passes, stop petting, giving treats, and talking comfortingly to your dog. He will eventually link whatever stressful situation is going on with a positive result, instead of something in need of a knee-jerk aggressive reaction.

Remember that although these training techniques are positive ones, if you have a dog that is seriously hostile and does not respond to training, it may be best to hand him off to a professional who might have more luck. Behavioral trainers are available in most areas, but they don't all work with aggressive dogs, so be sure to call and chat with the trainer about your dog's specific needs first.

Whatever you do, don’t give up. Avoid putting your dog down unless it is absolutely necessary. Only if a dog is very sick and has no quality of life or is severely disturbed to the point that he is a serious danger to himself and those around him should he be put down. Remember that your dog probably isn’t having any more fun than you’re having. An aggressive dog is not a happy dog and you owe it to your pet to work through this and try your hardest to go back to a peaceful home. 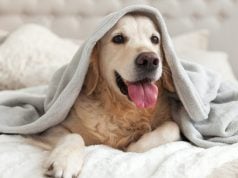 Tips on Getting Pet Pee Out of Mattress: What To Do To Remove Them? 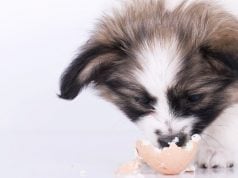 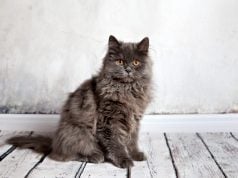