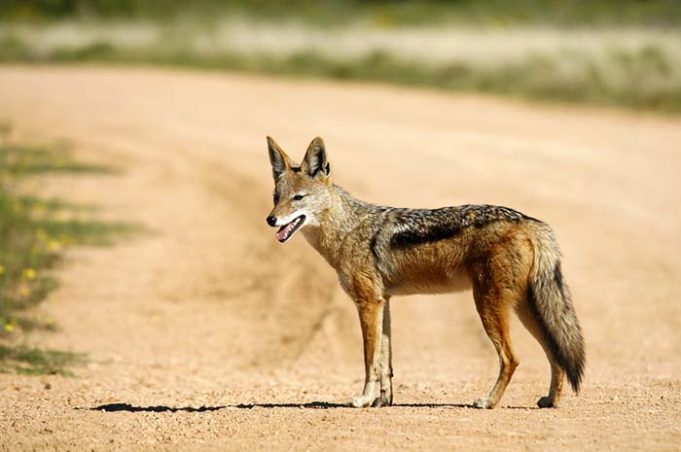 The brief glances Dingoes made at humans may have led to the current day dog practice of gazing lovingly into the eyes of their human companions.

All of us dog lovers know this cycle very well: our dog locks eyes with us, and suddenly we are flooded by feelings of love for the pup. This causes us to give the dog attention and dote on it, and then our dog stares at us even longer…and an endless loop of love ensues.

Science has decided to take a big look at this practice of dogs looking into the eyes of their human companions, the effect it has, and where the practice came from.

After all, wild dogs or dogs who are encountering unknown animals (humans included) actually do not like direct eye contact; in the wild, this is a show of threat.

So what makes our pet dogs do the opposite, and stare us in the eyes when they want to convey love?

When dogs make eye contact with people they love, it triggers a hormonal response in the humans that floods the brain with oxytocin, a chemical that makes us feel very happy. Oxytocin is the chemical responsible for the strong infant-mother bond.

It seems that evolution and some early canine practices helped dogs eventually realize some things about humans with regard to eye contact.

Researchers took a look at dingoes to get some answers on where this could have originated. Dingoes are the direct descendants of the common ancestor of wolves and pet dogs. They are wild, and typically found in Australia along with some regions of Asia.

What scientists found by studying Dingoes is a fascinating time line of how the practice of dogs staring into the eyes of humans came about in phases.

The results of this study were published recently in the journal Animal Behaviour. 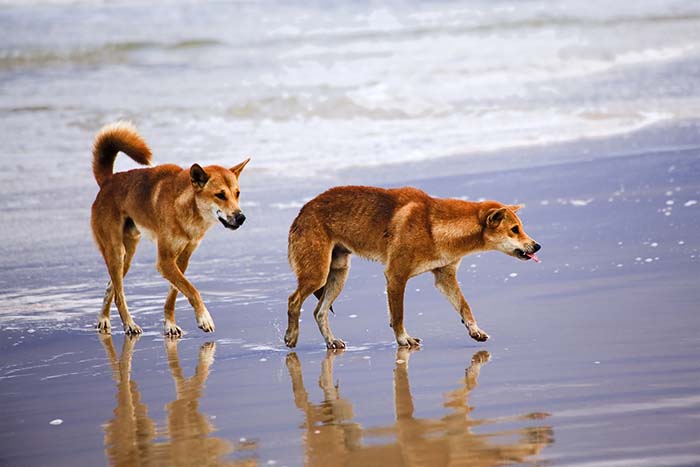 Where It All Began

It looks like dogs began making quick eye contact with humans pretty early on in their domestication, and eventually built up to the tendency to all-out stare at us (a more recent development).

According to scientists, dogs started hanging around human settlements sometime between 20,000 and 40,000 years ago. They lived alongside inhabitants and bred, which rendered their offspring and descendants pretty comfortable around humans.

Around 9,000 years ago, a group of these dogs hopped on ships and sailed with their human companions to Australia. Here, they went from slightly domesticated right back to wild, after some subsequent breeding took place.

It was only after these dingoes went back to feral status that humans started breeding dogs into what we now know as breeds such as poodles, greyhounds, and collies.

The significance of this is that dingoes are a great reference point for scientists to have; dingoes were what dogs were like before human breeding practices jumbled all the characteristics and behaviors around.

This study was led by doctoral psychology student Angie Johnston at Yale University.

Wolves and dingoes are a bit different. Researchers have typically looked to wolves for comparisons between wild and domestic dogs, but this study took a different perspective.

Past studies on the practice of dogs making direct eye contact were conducted with hand-reared wolves and domestic dogs; researchers wanted to see if there was any difference in the sort of eye contact each made with their owners.

Results of these previous studies show that wolves almost never look into the eyes of their owners. Even if they did, the gaze actually failed to initiate the production of oxytocin in the owner’s brain!

In this study, Johnston and her team used dingoes. They observed dingoes who were living at a sanctuary near Melbourne and who interacted with their human handlers. The set-up was similar to that of the previous studies conducted using wolves.

The behavior of the dingoes fell somewhere between wolves and domestic dogs. Dingoes actually made somewhat sustained eye contact with their human handlers, unlike the hand-reared wolves.

But unlike domestic dogs, who let their stares linger, the dingoes only looked at the humans briefly.

This suggests that the early canids (family of canines including dogs, wolves, and dingoes) may have started making eye contact with humans pretty early on the domestication stages. But according to Johnston, it would not have been until later on that dogs began staring into the eyes of their owners.

Takefumi Kikusui is a behavioral scientist in Japan who led the earlier studies of dogs and wolves, but was not involved in this current study. He says that the date from this study explains that there were steps and phases to dogs making eye contact with humans. However, the motivation behind dingoes making their initial eye contact earlier on in evolution still is not clear.

One fascinating possibility is that while short-term eye contact can be used as a social reference tool in observing the behavior of humans, maintained eye contact may actually be a way to manipulate human behavior when asking for help.

The explanation behind this theory is that wolves do not tend to seek help from humans like domestic dogs, and therefore wolves don’t need to maintain any eye contact with humans.

The typical timing of wolves, dingoes, dogs and their eye contact with humans is:

According to Kikusui, this extended period of time may be what is required to kick-start that “oxytocin love loop” process in humans.

So it’s possible that at some point, dogs figured out that they would get more out of their human companions by staring at them, and thus began the epic tale of how humans and dogs became to be best friends.

So next time your dog won’t stop staring at you – enjoy it, and give him a big hug (or maybe a treat or a walk).