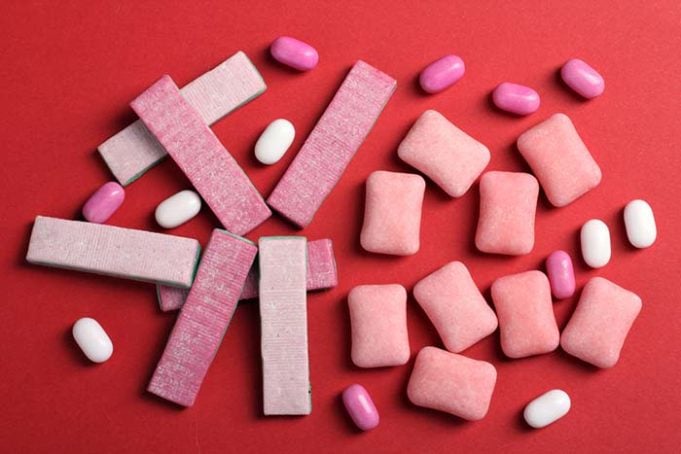 Canon’s owners want other families with pets to be extra careful and aware of this dangerous stuff for dogs that’s lurking in the food in your kitchen or the gum inside your handbag.

A family from Nashville, Tennessee is warning other pet parents about the dangers of chewing gum. Christy Figlio unexpectedly lost her dog, a 3-year-old Husky named Canon, after he ate a gum with an ingredient that has a deadly effect on dogs.

Christy told WMBF News that Canon stopped eating but drank a lot of water on Saturday night. By the next day, the husky started vomiting and could no longer get up so Christy had to rush him to the local veterinarian.

While there, hospital staffers administered IV fluids and antibiotics on Canon but his prognosis was not good. The dog was brought to another hospital in Nashville, where doctors said Canon might have swallowed a poisonous ingredient called Xylitol.

RELATED: Some Manufacturers Could Be Adding Xylitol to Peanut Butter

Xylitol is found in many sugar-free foods, such as peanut butter and gum. It’s also in oral care products since it is used as an artificial sweetener. It has the same sweetness as the standard sugar but with fewer calories.

In humans, Xylitol has a slight laxative effect but a dog's digestive system cannot process this ingredient properly. So, it becomes extremely toxic and may cause low blood sugar or hypoglycemia in dogs. Just under 50 mg of Xylitol may be poisonous to small pets. When ingested in higher amounts, the ingredient can lead to liver failure and even death.

Veterinarians said that the most common cause of dog poisoning is due to ingesting sugar-free gums with Xylitol. According to the Veterinary Centers of America (VCA), swallowing about two to nine pieces of gums with Xylitol can instantly make a 45-pound dog hypoglycemic.

Christy believes that Canon might have swallowed some Mentos gum at home. And yes, it’s main ingredient is Xylitol.

Signs of Xylitol Poisoning in Dogs

According to veterinarian Dr. Eva Evans, the time element is crucial to the dog's recovery if he has eaten this artificial sweetener. The longer pet owners stall the treatment, the worse it can lead to liver damage.

Some of the signs to watch out for when a dog has eaten Xylitol include vomiting, muscle weakness, the inability to stand and lethargy. If left unattended, the dog could have tremors and seizures and then descend into a coma.

The damage was just too much in Canon's case that hours after receiving treatment, his family had to prepare to say goodbye. Unfortunately, Christy was still reeling from another loss since her father died barely a year ago. They went home with a heavy heart.

What to Do If Your Dog Swallowed Xylitol

Do you observe your dog walking like a drunk? Is he showing signs of weakness and look as if he's not aware of his surroundings? Try applying a small amount of corn or maple syrup in your dog's gums to raise his blood sugar. Don't put syrup directly in his mouth because you could choke the dog and worsen the situation.

Your dog might show signs of improvement and alertness after applying the maple syrup. However, don't stop there. If you have an animal emergency or poison control hotline, call for more advice.

But for your peace of mind, you should immediately bring your dog to the veterinarian or the animal emergency hospital to get the necessary treatment. When a dog swallows too much Xylitol, his blood sugar can dangerously drop in just a matter of minutes. It's really a race against time.

How You Can Help Other Dogs

You can report cases of Xylitol poisoning in dogs to the Food and Drug Administration (FDA) via its Safety Reporting Portal. They have a department handling veterinary products that will likely want to receive a feedback from the consumers. Consequently, you may also share your story or Christy’s story on your social media to raise awareness for other pet parents.