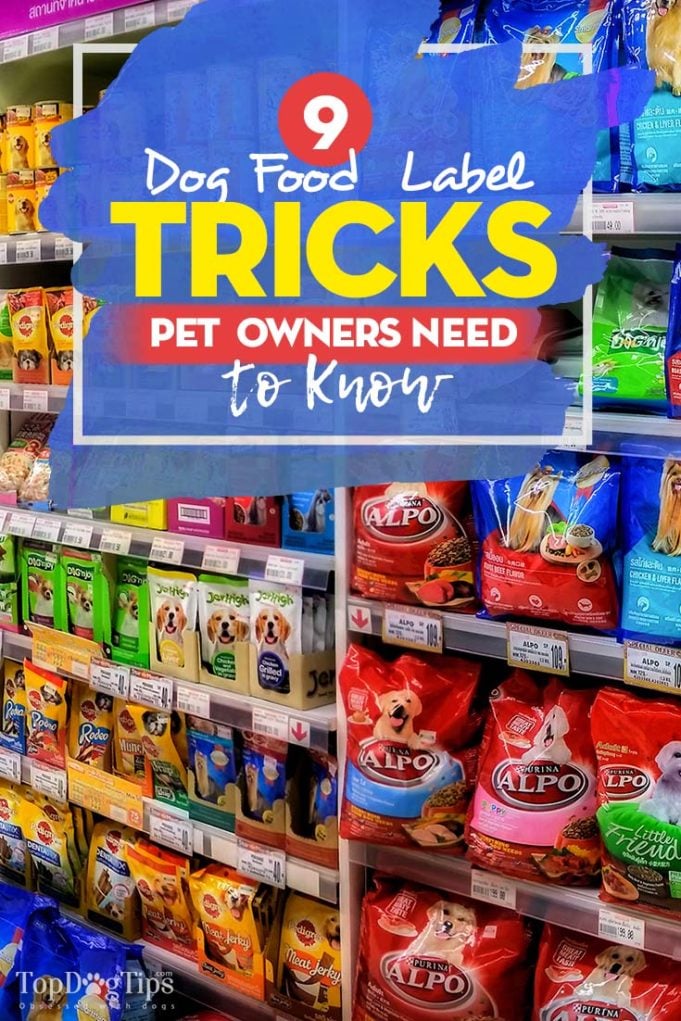 Take note of these dog food label tips on your next trip to a pet store.

Is it possible you've been feeding semi-healthy foods to your dogs? Are you aware that of a number of controversies surrounding the pet food industry, specifically foods labeled as healthy but not actually being so? Here are nine markers you have to consider before buying food for your dogs:

1. Labels are not always what you think

If you read “with beef” in your dog's food packaging, apparently it doesn't mean there is actual beef meat in it. According to the Association of American Feed Control Official (AFFCO), your dog's food likely contains just three percent of beef, while everything else could be flavor enhancers and fillers that are added during the processing.

2. Meat meals may be by-products

Processed dog foods that contain meat may be culled from leftover animal carcasses by-products, such as hooves, teeth, feathers or bones. Food manufacturers boil these by-products before turning these in powder form. According to Dog Food Advisor, if the label doesn't specifically identify the meat source or there's actually the word “by-product,” it's definitely low-quality meat.

Many commercially available dog foods, including expensive kibble labeled as “100 percent organic” or “made with organic ingredients,” are still processed food. This means that much of its nutritional benefits aren't present anymore once it finds its way in your dog's food bowl. While there's a number of organic dog food brands, not all of them will be worth a purchase.

Some dog food labels indicate “cage-free” or “free-range” ingredients, allowing pet owners to assume that chicken or beef roamed freely and without stress in the farm, hence it's supposedly more nutritious. According to The Balance Small of Business, the legal meaning of cage-free or free-range is that the animals have occasional access outdoors. However, they are still contained and herded in cages or cramped space. The same goes for the term “grass-fed.”

The “human-grade” label in pet foods doesn't represent its nutritious value. It simply means that the dog food is safe for human consumption. However, even without such a label, plenty of varieties of dog food, including kibbles, are safe for humans to try and eat. It won't be palatable, but a human won't die if they try to taste dog food. On the other hand, “feed-grade” label means it's not fit for human consumption, which again doesn't involve the food's nutritional value.

Dog foods can still be called “natural” if it doesn't have artificial ingredients. However, many pet foods actually contain antibiotics, chemicals, and growth hormones, which the U.S. Food and Drug Administration (FDA) doesn't legally define as artificial. According to The Farmer's Dog, the FDA's definition of “natural” is actually much too broad.

Top ingredients found in the dog food's packaging are not the main content of the product, even though one specific ingredient might weigh more than any other one. If you count the rest of the ingredients on the label, while all of them weigh less as single ingredients, the totality of filler ingredients is likely to outweigh the “main” ingredients.

8. Kibble was invented in WWII for economic reasons

According to the documentary series “Pet Fooled,” which every pet owner should absolutely watch, the invention of dry foods came about in World War 2 to manage the limited rations of meat and the use of tin. But while it became convenient and remain the standard for dogs even today, a constant diet of dry kibble may have real health consequences to a dog.

9. A dog's digestive system is designed to process raw meat

Unlike humans, dogs can eat their poop and not become sick or die from infection. It's because their digestive system can stomach such compositions. Yet, many vets discourage a raw diet because it might contain bacteria and pathogens when it's processed dog foods that are more susceptible to recalls and contamination.

READ NEXT: How to Read Dog Food Labels Accurately

Hypoallergenic Dog Food: What It Is, Does It Really Work, and Why?