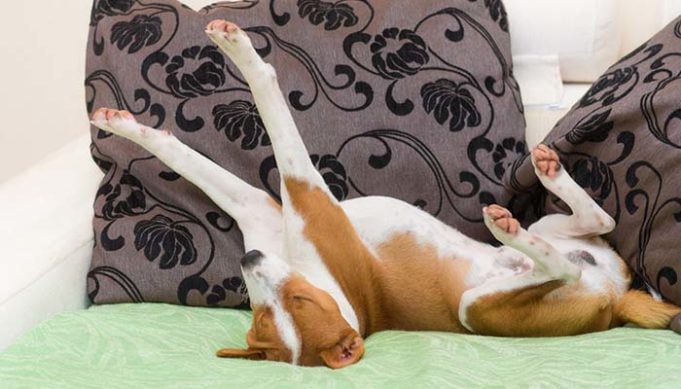 You’ve probably seen your pup stretch pretty regularly over the years. Sometimes they do it before or after taking a nap, or when they’re letting you know they want to go outside. But if your dog is stretching a lot, more than usual, or seems to do so in a strange way, it could potentially (though rarely) be a sign that you need to look into this.

It Can Be a Sign of an Upset Stomach

A dog may be stretching a lot to attempt to release pressure build up in the stomach. One of the more common warnings from veterinarians is about canine bloat, but not all pet owners are aware of how serious this condition actually is. When gasses build up inside your dog’s tummy, the abdomen begins to stretch and push up against the other surrounding organs.

Check your dog’s stomach, does it look overly round or emit any gurgling sounds? Is it warm to the touch? Is your pup drooling excessively? If so, these are all signs of dog bloat which is serious and can be fatal if not treated quickly enough.

To avoid this from happening, pay attention to how much water your pup drinks when they come in from playtime. Allow their breathing to slow for a few minutes and allow their temperature to drop. Give them a reasonable amount of water, and remove it once they’ve had enough to hydrate a little, but not so much that they’re gulping down an entire bowl.

Additionally, you shouldn’t feed your dog until their breathing has gone complete back to normal. If you struggle with a canine who gobbles up their food within a few bites, try using a puzzle bowl instead so that they’re forced to eat individual pieces. Some claims have been made that elevated dog food bowls may prevent canine bloat; however, there is no evidence to that and it appears to be a myth. In fact, some studies show the opposite – that raised bowls may cause bloating in dogs.

Dragging of the Hind Legs 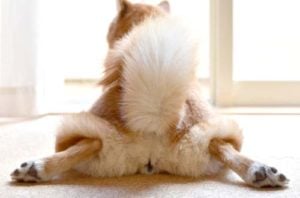 Generally, this isn't a cause for concern. When it happens for the first time, it can be scary to see your Fido pull themselves across the grass, hind legs dangling behind them.

While there could be a potential for an injury, more often than not they’re probably just trying to stretch out their hips and back. Some canines are a little more flexible than others, and they enjoy doing their own little form of yoga whenever they feel the need for it.

If you’re unsure, you check if your dog isn’t in any serious pain. Gently squeeze and apply pressure to the paws, ankles, legs, and the hips, and observe the dog's reaction. Don’t forget to run your hand along the inner thigh to check for strains.

When or if your pooch is experiencing any kind of discomfort, back off immediately – it's a clear sign you may need to schedule a veterinarian appointment. Do not bother the possible injury any further to avoid more harm or risk getting bitten.

Some dogs who haven’t been fixed will often perform a “bow” for would-be suitors. It works almost as a mating call, and it's not something to be concerned about.

Just like canine bloat, a dog with early stages of pancreatitis may try to lengthen their abdominal muscles in order to take pressure off of their stomach through stretching. The symptoms for the two are very similar and can be confused, which is why it's so important to get your dog to a vet if they appear to show any such signs.

If your pet appears to be feverish, hunched over when standing, or weak, along with the similar distended belly that is accompanied by bloat, pancreatitis is always a possibility and an immediate vet appointment is needed. 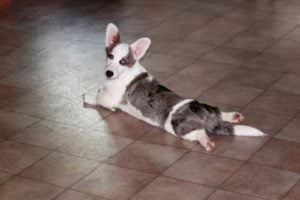 If you’ve never heard this term before, splooting just means you have a dog who likes to lie down completely flat and stretch out with their belly on the floor.

Labs and Greyhounds have long legs that need plenty of room to extend their limbs when lying down; splooting is just a way for them to feel a little more relaxed.

You’ll see more dogs doing this in summer time when the weather gets warmer – they'll be digging holes and setting their bellies inside while they lie in a “sploot” position to get some cooling on their bottom area.

Stretching is Rarely a Cause for Alarm

Generally, a lot of stretching is not a cause for concern. As as the dog ages, you may see them stretch, sploot, grunt, and gurgle more often. They’re not as flexible, and their digestion is questionable at times. Extra stretching here and there is their natural reactions to such things, and as long as you’re still taking them to the vet for regular checkups you don’t need to stress over it.

If you feel like you need to do something to help your pup with flexibility and decrease obsessive stretching, consider taking them out for a swim or try hydrotherapy. They’ll likely benefit from it even if they aren’t stiff, and it’ll help give them some low impact exercise on a regular basis as well. Regularly inspect your pet's knees, elbows, wrists, and ankles for any swelling or difficulties with mobility. 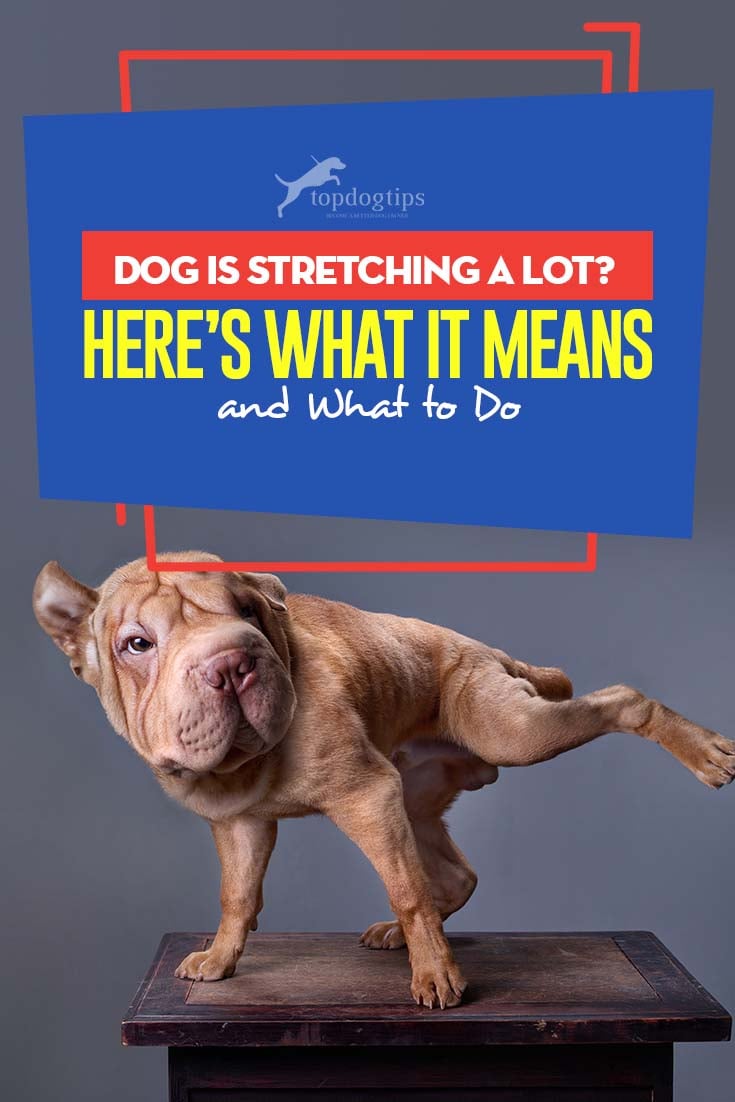 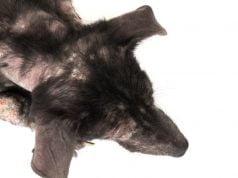 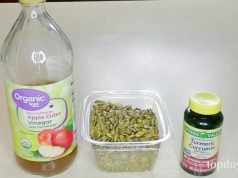 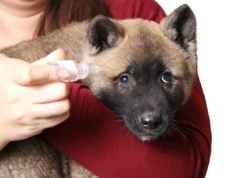 Dog Won’t Open His Eyes? Here’s What This Means (and what to do) 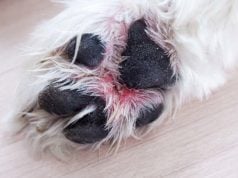