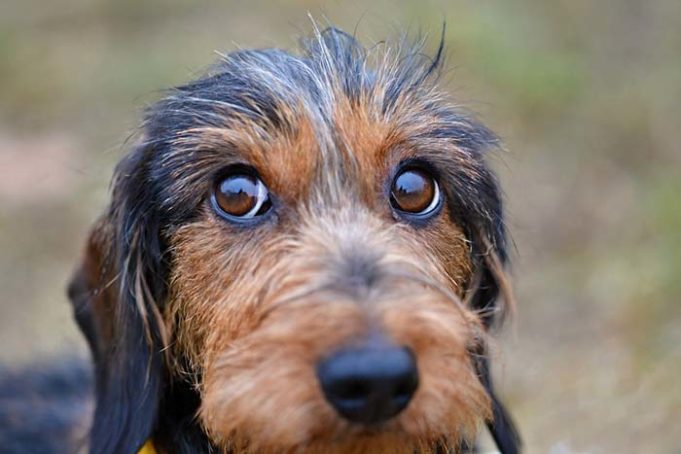 Dogs give you the puppy face not just because they want food. They’re actually trying to initiate a communication with you, according to a new study.

It's a safe bet to say that all of us caught our dogs making those adorable faces with their expressive eyes and responsive ears. Do you always fall for this irresistible look? According to a recent study, dogs actually know how to charm and wrap you around their little paw; and it's not because you have food to feed them.

“The findings appear to support evidence dogs are sensitive to humans' attention and that expressions are potentially active attempts to communicate, not simple emotional displays.”

A group of experts from the University of Portsmouth's Dog Cognition Center studied the facial expressions in dogs. Julianne Kaminsky and her team looked into how canines use their face to communicate with their owners. The experts published their findings in the journal Scientific Reports.

It was previously thought that like most mammals and except for humans, dogs show facial expressions and emotions as a direct and automatic response to a scenario — such as when it is excited about food, or when it’s guilty of gnawing its owner’s shoes. Experts also thought that dogs don't deliberately use their emotions to draw a reaction from humans.

This new research, however, shows that dogs actually know how to elicit a laugh or a scowl from its master even when it's not tied to food. Experts concluded that their displays of emotion might actually be a way to express their feelings for their human.

RELATED: Dogs Know Exactly When to Break Out the Puppy Eyes

It's Not All About The Food

Kaminsky and her team observed 24 different breeds of family dogs. At the beginning of the experiment, the canines were given time to become familiar with their setting and the humans.

Once a connection has been established, the experts then led the dogs into specific rooms, where a person has to conduct tests based on four types of conditions. The experts checked for the dogs' attentiveness and inattentiveness by having the humans face or turn their backs on the animals, with or without food.

The experts recorded the facial expressions of the dogs frame by frame to study its muscle movements. The results showed that the dogs used their facial muscles more when the human is facing them, and less when the human has his back on them.

The researchers, however, saw no difference in the dogs' facial expression whether or not the human gave them food. This indicated that dogs most likely do not manipulate their owners with puppy dog eyes just to get food, as most pet owners assume. Rather, dogs use their expressions to get some reaction from their owners because they are, in fact, communicating with them.

What Is Fido Really Saying? 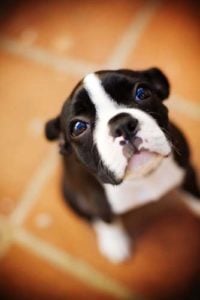 The research, however, did not look into what the dogs are trying to tell their humans. Kaminsky cautions about any interpretations as there might not be anything specific the dogs want to convey.

The research also did not indicate whether the canines are aware of their master's mental state when they try to draw a reaction.  Previous studies, however, have shown that dogs can actually sense human emotions.

But as far as Kaminsky and her team members are concerned, their study adds another layer to facts about the cognitive abilities of canines.

Kaminsky also highlighted that the domestication of dogs is unique compared to other animals. Since canines have lived with humans for the last 30,000 years, it’s not surprising to learn that they have found ways to communicate in similar ways as people.

The term “puppy dog eyes” is equivalent to an expression of sadness or remorse in humans. When dogs show their puppy face, they lower their head but shift their gaze upwards to their human. Sometimes, they look as if they are about to cry but animal behavior experts also think that puppy dog eyes could simply be just a lighthearted response to the bond between a dog and his owner.