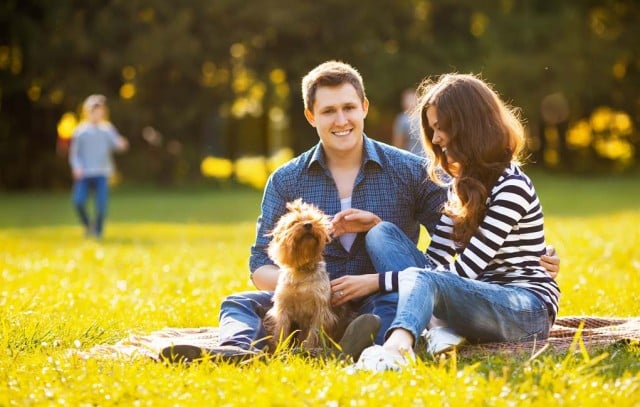 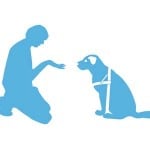 We're changing our Let's Talk column. I'll still be doing my weekly column, but you'll be seeing more op-ed pieces from other editors too. I'm hoping that this will increase our dialogue as a community and bring in new voices. Hopefully you had time to check out last week’s column. Lisa Luckenbach, creator of the WiggleLess dog back brace, wrote a guest blog for us.

This week I want to shed some light on a topic that I do not feel is as important to our community of pet owners as it should be — dog park etiquette. There are no classes that teach dog park etiquette, nor will any part of this discussion include firm handshakes or proper silverware placement. When I say “dog park etiquette,” I am referring to the unspoken rules that you should always follow when you take your dog out for a play date at the park.

I live in the country with lots of room for my dogs to run, so my dogs are not regulars at the dog park. However, when we're traveling or running a lot of errands, we will stop by the dog park for a much-needed break. Just thinking about the dog park makes me anxious. It instantly brings to mind jumping dogs, dogs humping other dogs, and the occasional dog fight. I know that the majority of the dogs at the park behave properly, but it only takes one bad apple to ruin the bunch.

I believe there are some basic guidelines that every dog owner should abide by if they take their pet to a dog park. I understand that different manners are more or less important to different people, but just because you don't mind your 130-pound dog jumping on you, it doesn't mean anyone else is going to want to deal with it. Remember that the park is for everyone to enjoy, and if your dog is acting like a nuisance, no one will be able to fully enjoy it.

For starters, you know your dog better than anyone else. Can he handle being let loose in the dog park? If you even need to pause and think about the answer to that question, you should keep him on a leash. Dogs who do not have the manners to interact appropriately with other dogs or people should not be able to run free just because they’re in a fenced-in dog park.

I know the idea is to bring your dog and let him enjoy the socialization and the free space to play, but you're not doing him or yourself any favors by allowing his poor behavior to be displayed to every dog owner in your community. That doesn't mean you need to leave Fido home all the time. Just put him on a leash. I recommend a short lead, so you can easily keep him by your side.

Behavioral training goes a long way, but there can be many reasons why a dog is well-behaved at home and then goes wild when he's at the dog park. Has he been properly socialized with people and other dogs? Is he locked in a kennel all day while his owner is working so he has endless energy built up? Does he have anxiety that comes out in the form of hyperactivity?

I hope you're not taking this as a way for me to condemn poor dog parenting because that is certainly not my intention. I'm not judging the parents of the out-of-control dog at the dog park. I understand there are underlying reasons for this type of behavior. I'm simply saying that if you know your dog suffers from any of these issues, please do not let him run wild at the dog park.

If your dog has anxiety, stress, or becomes hyperactive at the dog park, it's up to you to change that. Work with him. Training will benefit you both, I promise. If it's an anxiety issue, bring him to the park during off hours when there are not as many dogs there until he gets used to the smells and the new environment. Help him socialize with other dogs one-on-one first and then gradually build up his confidence until he is playing with the whole pack. But don't force your dog to play with other dogs. Let him do his own thing, and keep a close eye on him.

Other dog owners understand what you're going through. After all, they have dogs too. Ask for help if you need to socialize your pet. Chances are, someone in your area is willing to meet you at the park during off hours so your dogs can connect as friends. Remember, not all dogs are cut out for the dog park.

If your dog stresses about going to the dog park or has social anxiety, it may not be something you can help him overcome.

If your dog is hyperactive, it may benefit you to exercise him before bringing him to the park. I know that may sound backwards, but think about it for a minute. Remember the dog I mentioned earlier that spent all day in a kennel while his owner was at work? Of course, that dog would go crazy at a dog park. He’s been penned up all day, and the dog park is the perfect environment for him to explode. What if that dog was exercised for 30 minutes before going to the dog park? He would still have energy to play with the other dogs, but he wouldn't be nearly as hyper.

If your dog is not spayed or neutered, it's not a good idea to bring him to a dog park. Females in heat can cause a lot of issues with male dogs in the park, and unneutered males may be more “active” than the other male dogs, if you know what I mean. On this same topic, pregnant dogs should not be taken to a dog park either, and I’m sure you know that very young puppies should not be brought to the dog park to socialize them between the magic ages of four and twelve weeks. It’s very likely that they will get sick, hurt, or even killed.

If your dog is sick, keep him home. I know you’re probably thinking that this is common sense, but unfortunately, it's not. There have been multiple cases of canine influenza and other diseases spread through interaction at a dog park. If you have a puppy that hasn't received all his shots or your older dog isn't up to date on his vaccinations, they should stay home too.

Allowing your dog to bully other dogs or letting dogs “just work it out” among themselves is another no-no. If your dog is a bully, he should not be off leash at the dog park until you get that behavior under control. If your dog gets bullied or does start something with another dog, he should be recalled immediately. Letting them work it out will more often than not end up in a fight, and then you could have a lot more problems than a poorly behaved dog. If your dog does any kind of harm to another dog, you could be responsible for the injured dog’s veterinary care, you may be slapped with a lawsuit, and animal control could even be called in to investigate.

Here are some other tips for dog park etiquette:

Above all, supervise your dog. I know you're thinking this one is common sense too, but how many times have you been to the dog park and seen a group of humans chatting and not one of them is keeping an eye on their dog? What about dog owners attached to their cell phone or with their face in a book or magazine? Pay attention to your dog and keep an eye on other dogs as well because unfortunately, not all owners will be supervising their dog when he is interacting with your Fido.

As long as you follow the rules of proper dog park etiquette, you and your dog will be able to enjoy an afternoon in the fresh air and a lot of fun at the dog park.