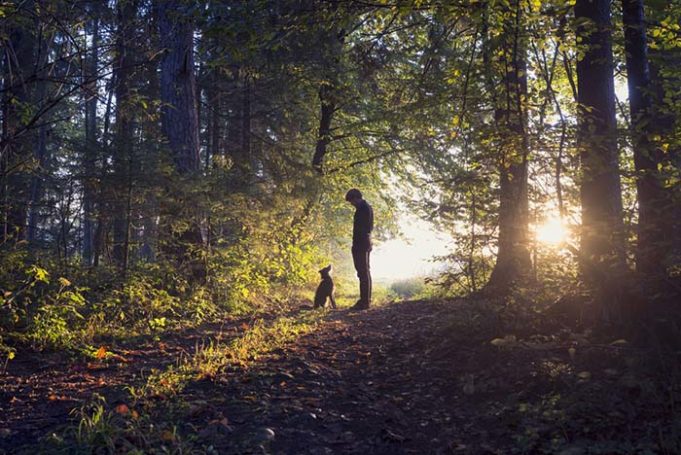 People may have bred themselves the perfect companions from wild wolves, and a new study shows that a lot of this has to do with canine genes, part of which are also present in humans.

Studies have found that the domestication of dogs began somewhere around 32 thousand years ago, give or take. Helen Briggs in the BBC article reported that the process likely started when tolerant wolves snuck into human camps to steal food and the connection grew from there. Since dogs split from wolves, their understanding of us and our understanding of them has evolved exponentially. But what is it that makes dogs so unbelievably friendly with us?

What Makes Dogs Our Best Friends?

When vonHoldt found the Williams-Beuren genes in dog genomes, she thought that it might have a connection to dogs’ friendliness toward people. Her study showed a wide variety of changes in the genes, and the dogs with the most changes were the most social.

Over time, those genes have changed and vonHoldt believes that the changes have “helped turn wolves into human-loving dogs.” Dogs with the least changes to the genes showed independent behavior and were the least interested in socializing with people. 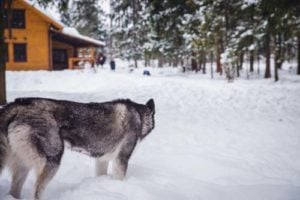 The wolves were raised by people, so they were comfortable around the trainers and would even greet them but were not interested in interacting with them for a long time, unlike the dogs.

Wolves and dogs were both able to easily perform the task alone, but the wolf group outperformed the dogs overall. In the presence of people—both familiar and unfamiliar—the wolves did better than domestic dogs because the dogs were too focused on the people in the room. It took them longer to complete the task, whereas the wolves finished the task in nearly the same amount of time as when people weren’t present because they didn’t interact with them.

Our connection with dogs has been cultivated for thousands of years and this high level of sociability was likely selectively bred into them. When tolerant wolves went into human camps it led the way to people using them for protection. Those tolerant wolves bred and their offspring were friendlier with people, and domestication began.

Evolutionary anthropologist Brian Hare believes that the study supported the “survival of the friendliest theory of dog domestication.” The tolerant wolves likely had variants of the genes that our dogs have now, and as those genetically modified wolves bred, “their fear was replaced by the friendliness and a new social partner was created,” according to Hare.

Though the study was small, vonHoldt believes that the results could lead to many other studies focused on the genetics behind the hyper social behavior of dogs. She and her colleagues did not focus on purebred dogs enough to see if the breed has an effect on these genes, and only studied a select few breeds during the initial study.

This genetic discovery is a big step in the direction of finally understanding the scientific background of dog domestication. It will take a much wider range of dogs and wolves to get more solid results, but we’re close to finding out just what makes dogs our best friends.

READ NEXT: Cross-Breeding of Dogs and Wolves Has Forever Changed Wolf’s Gene Pool

Swimmer Puppy Syndrome: How to Help Your Dog