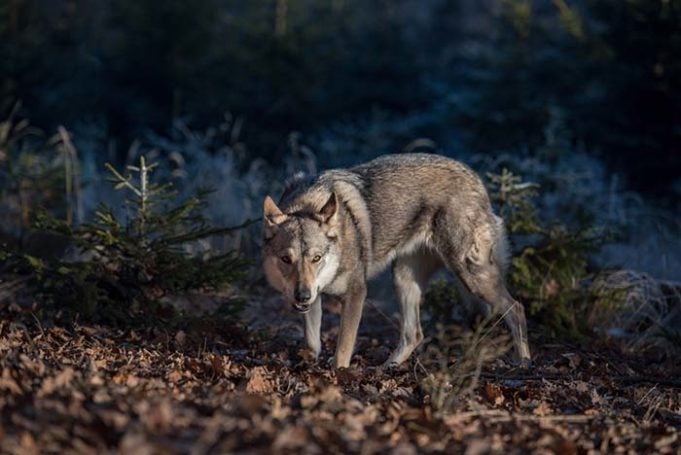 Good news for hunters with gun dogs: even though grey wolves are known to be carriers of parasites and share the same ones with dogs, they aren't an increased risk for hunting dogs (or humans), according to new study.

The open-access journal International Journal for Parasitology: Parasites and Wildlife has published a study detailing the connection between the breeding patterns of parasites in grey wolves and in hunting dogs. While grey wolves are expected to easily pass on infections and bacteria to hunting dogs, the results suggest otherwise.

Just like wolves, hunting dogs tend to forage through forests, follow scent trails of wild animals and interact with game meat. Those kinds of close interactions with corpses or bodily fluids of other animals is normally a strong breeding ground for parasites, especially considering that grey wolves are wild animals and are much more prone to having different bacteria they can pass on without any visible symptoms.

New research from the Berlin-based Leibniz Institute for Zoo and Wildlife Research (IZW) has shown that populations of grey wolves have little to no effect on the parasite burden of hunting dogs.

Since the 1990s, grey wolves have been expanding their habitat all over central Europe – this is why research into their effect on all types of household dogs is especially pertinent. It's the only certain way to study the influence that grey wolves have on the environment and the habitats that they enter. 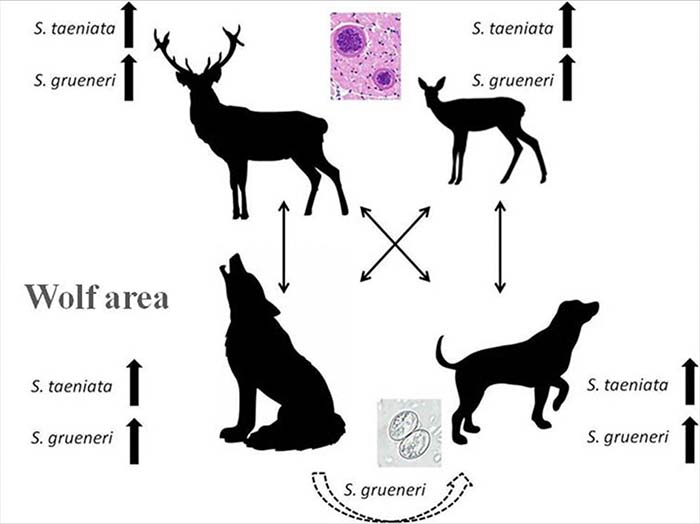 What The Scientists Focused On In Feces Of The Host

Researchers mainly investigated endoparasites – parasites of the internal organs that can be identified in feces of the host. Two groups of hunting dogs were compared in the study. The first group resided mainly in Eastern Germany, which has had a high population of grey wolves since 2000 and it has continued to grow. The second group were hunting dogs from the North of Germany where, at the time of the research, there was no data of residing wolves.

The researchers from Leibniz-IZW also used a previous study which identified the most common parasites found in grey wolves. In particular, they focused on a Sarcocystis, a protazoan tapeworm often found in grey wolves. The study found that the richness and rate of infection of Sarcocystis worms did not differ between the two groups of hunting dogs that were tested.

This goes to show that the increasing wolf population has not caused an increase in one of the most popular wolf-related parasites discovered. If there has been a rise of any other bacteria or parasite, it has not yet been identified. So, hunters can breathe easy for the safety of their dogs.

RELATED: Scientists Reveal Hunting Dogs May Be Agents Of A Life-Threatening Disease

Regular Deworming Is Still A Must, Scientists Warn 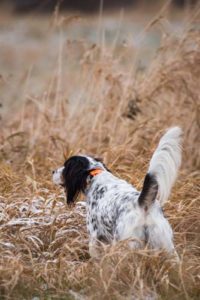 Even though protozoan parasites such as Sarcocystis cannot be destroyed by deworming, many others can; scientists advise to continue regular cycles of deworming a dog as much as possible. Normally, hunting dogs are at a much higher risk of infection than house dogs. Scientists suspect that this is because of the regular feeding of either offal or game meat, which a lot of owners tend to do.

Still, the research showed that owners of hunting dogs are already well aware of this and deworm their dogs regularly. The European Scientific Council for Companion Animal Parasites (ESCCAP) identifies hunting dogs as high-risk group for infection by parasites and bacteria, therefore recommending using a dog dewormer as a monthly procedure.

Another scientifically recommended method of reducing the risk of tapeworms and other parasites in dogs is cooking their meat thoroughly. Even protozoan parasites cannot survive a good blast of heat on the meat you're planning to serve your dog.

If your dog is diagnosed with tapeworm or parasites, don't worry – they are easy to cure and not harmful to humans. Either way, the Leibniz-IZW has definitively proved that wolves are no cause for concern when it comes to the spread of parasites to hunting dogs.

READ NEXT: 30 Best Hunting Dogs for All Types of Game and Hunts