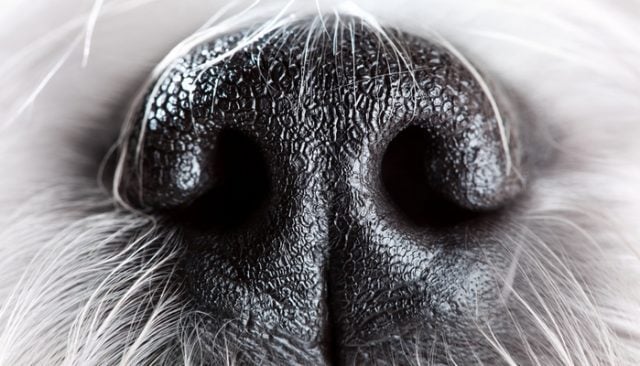 Alexandra Horowitz, PhD, says dogs can not only smell much more than we can – they can likely even smell time itself. She is giving us invaluable insight into the mind of dogs by focusing her research on their heightened sense of smell.

Horowitz founded the Dog Cognition Lab at Barnard College, and has written a new book, Being a Dog: Following the Dog Into a World of Smell (check price) which is based on her research. Her book posits that canines can smell time.

Comparatively speaking, the canine nose is much more complex and detailed than the human nose. They can detect scents we cannot, and they are much more sensitive to subtle smells. Dogs can smell bombs, they can smell drugs, they can even smell cancer and diabetes…but time? How on earth can that possibly work? 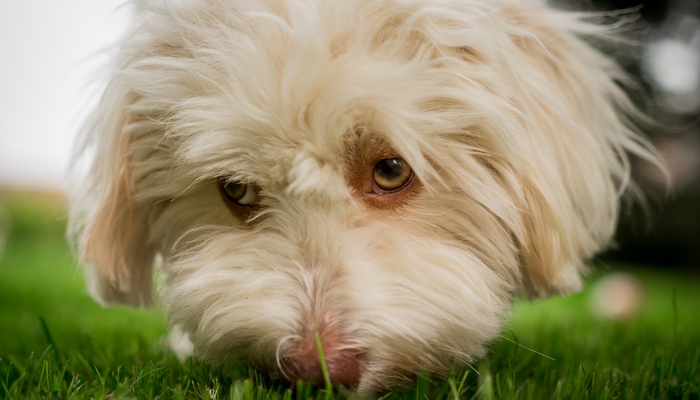 Let’s start by painting the picture of the world as seen through a dog’s eyes – or rather, through his nose. While we see the world to perceive it, dogs smell it to perceive it. Now, we also detect time by our primary sense even if we don’t have clocks nearby; we can tell the approximate time by the location of the sun, or by how much light remains outside.

Horowitz suspects that dogs can smell time by how the air moves through a room. The way this breaks down is that the changing temperatures throughout the day shift the air around the room. The air takes the odors with it, so a dog detects the movement of odor in a room and is able to equate it with what time of day it must be. 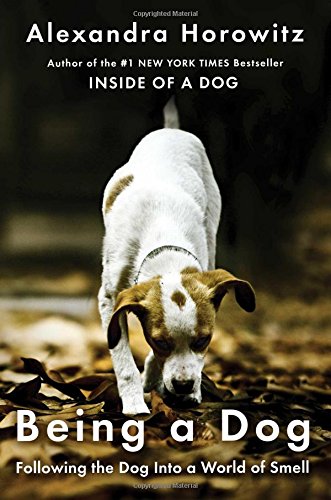 So what about outside, where there are no rooms?

Time detection is still at play, just in a different way. Newer odors tend to be stronger, while older odors tend to be weaker. If your pooch sniffs a scent which is pretty weak, it can be deduced that some time has passed since the scent was picked up or deposited. Simply put, your furry friend is able to say, “Who was here? When was that? What did they eat today? Were they stressed?”

These are all the things your dog is pondering while he spends 10 minutes sniffing the fire hydrant. He’s smelling the story of everyone who has been to that spot that day, that week, that month. It’s feasible that they can also smell what’s in the immediate future by being able to sniff out what’s being carried on the breeze, or who is just up around the corner.

So how does this heightened sense work? Canines are olfactory creatures, possessing something Horowitz calls “stereo olfaction.” This means that each nostril works independently of the other, so that two or more scents can be processed at once.

If that is boggling your mind (don’t worry, it boggles mine, too), just think of it like this: our eyes are seeing two different things all the time, but combining them into one central visual. A dog’s nose works the same way. It detects the concentration of each scent and allows the pooch to paint a picture of where each smell is coming from, how old it is, whether it’s to the left or right, etc.

Not only do dogs have more receptor cells able to grab more odors and transmit more information, but they also have more types of receptors; this means they are able to smell what we just cannot. This helps to explain how they are able to detect things like bombs and cancer with their noses, when we simply are not capable of such olfactory feats. 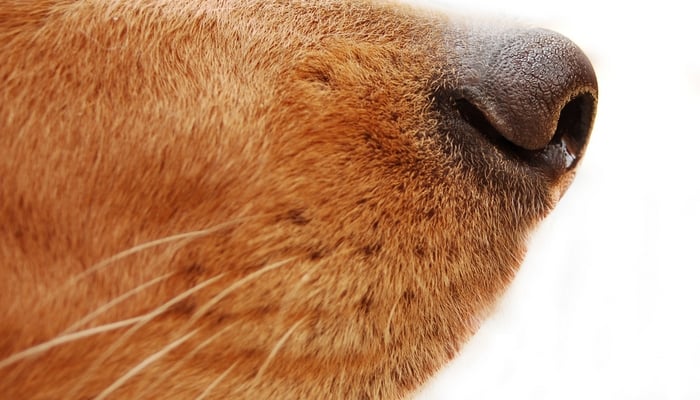 So there you have it. The smell of time does exist, but humans cannot detect it the way our canine companions can. I’m not sure this revelation will ever lead to time sniffing becoming something dogs could offer humans in the way of service animal functionality, but it does serve to deepen our understanding of our four legged friends.

Now, when your pooch is taking an extraordinarily long time to sniff out that fence on the corner, or a mysterious patch of ground just seems way too fascinating, you can afford your furry friend more patience because you get what’s going on. There’s a story being told by that fence post. That patch of ground is revealing the week’s latest gossip of the Chihuahua next door and how she ate her owner’s last piece of pizza when he wasn’t looking.

In all seriousness, these findings are not only cool knowledge, but they clue us in on the fact that there is a lot more going on with our pets than we tend to realize. They may not speak our language (though they do understand it!), and they may not act like us, but they are complex like us.

Dogs are not less; they are just different. The hope is that in the future, this increased understanding of the animals in our lives can serve to help us form invaluable partnerships and teams with them. They can detect our illnesses, and we can love them and give them a beautiful life. That seems like a good trade, to me.