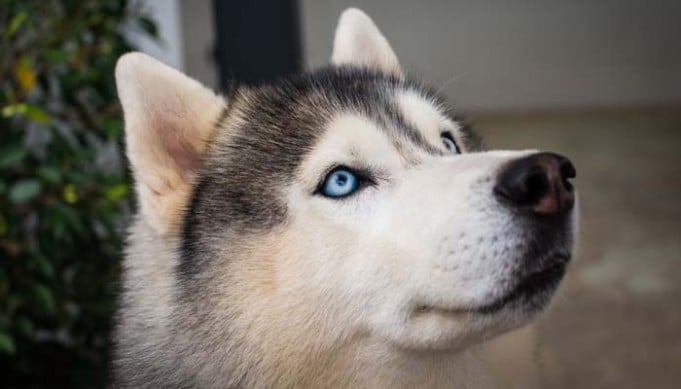 One of the most common misconceptions about dogs is that they are colorblind. Most people believe that dogs see in shades of black and white, and are unable to see any colors at all, but that is simply not true. So what’s the truth, do dogs see in color or not?

Dogs are, in fact, able to see colors. They just cannot see as many colors and hues as humans can, and here's why. So the answer to the age old question is that dogs are not colorblind.

The eyes of humans are similar to the eyes of dogs, in that they both contain light catching cells called cones. These cones respond to color and dogs have fewer cones than humans. For this reason, scientists believe that dogs can see in color, but the colors they perceive are not as rich or deep as the ones that humans see.

Do Dogs See In Color? 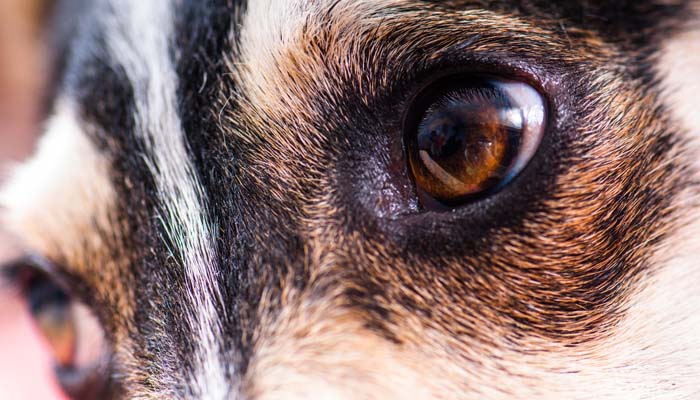 What science has to say about this

Over the years, scientists have conducted multiple studies on how Canis familiaris see the world through their eyes. Numerous tests have been conducted, which eventually led the researchers to conclude that dogs definitely see in color. Below are a few studies on this subject and their conclusions.

Scientists at the Russian Academy of Sciences in Moscow have tested this theory with eight dogs that have not been previously trained, and they used pairs of square papers in contrasting colors. Here's the conclusion of this study:

“Our results demonstrate that under natural photopic lighting conditions colour information may be predominant even for animals that possess only two spectral types of cone photoreceptors.” 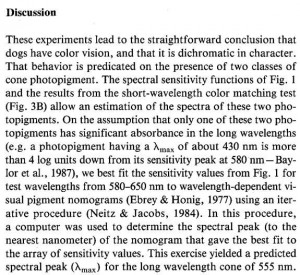 Another, more definite study on whether dogs see in color or not, came from three researchers of the University of California. Scientists Jay Neitz, Timothy Geist and Gerald H Jacobs have drawn a definite conclusion that dogs in fact do see colors in this study. This was one of the lasts studies on the subject, and I'm sure that after these results we don't have any reasons to doubt that dogs in fact see colors. One additional question the study has posed was how do dogs use their understsanding of different colors, and Stanley Coren expands on this below in his column. For now, here's the conclusion of the study:

“These experiments lead to the straightforward conclusion that dogs have color vision, and that it is dichromatic in character. That behavior is predicated on the presence of two classes of cone photopigment.”

Stanley Coren, PhD, who's a regular contributor to Psychology Today on canines, has written a great column on the myth of dogs being colorblind. He has also addressed whether dogs actually use their color vision, and how important it is to canines to distinguish colors. Here's his assessment in short, but make sure to read the column if you're interested to learn do dogs see in color or not:

“Contrary to what many scientists might have predicted, the dogs were clearly basing their choice on the color associated with getting the meat reward rather than whether the card was dark or light. This means that dogs were using color information as the basis of their conscious choices.” 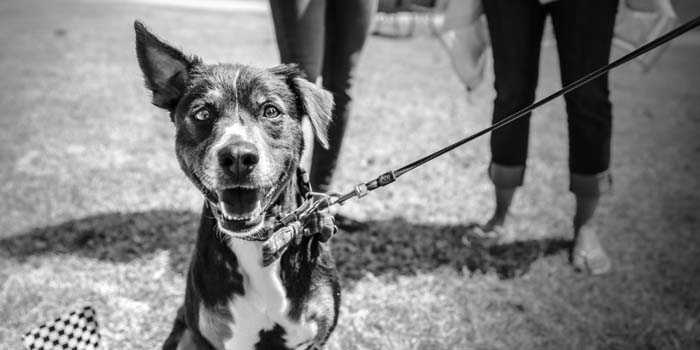 What does this all mean for dog colorblindness myth

Based on the information we have today on how we perceive color, how dogs do that, and the importance of understanding shades and colors, here's what we can conclude.

Humans have three different types of cones and if they happen to be missing one type, we refer to them as colorblind. Dogs are born with only two types of cones to begin with. For this reason, most humans (those that aren't color blind) see a rainbow as red, orange, yellow, green, blue, indigo, and violet. Dogs can only see it as dark gray, gray, dark yellow/brownish, light yellow, light blue, and dark blue.

Simply put, dogs can only see shades of gray, blue, and yellow.

Dog’s vision and how they perceive color is used predominately in the field of dog training. Now, you may understand why your dog seems to lose his orange toy when you throw it in the grass. He sees the orange toy and the green grass as shades of yellow, so it may take him a moment to distinguish where the toy is.

Interestingly, one of the most popular colors of dog toys is red, which dogs cannot see. Canine experts believe that dogs see red as a shade of dark gray or possibly black. That means that when you throw a bright red chew toy in the water or the woods, it may be extremely hard for your dog to see.

Although we think that it is very easy to spot because it sticks out in our line of vision, it may actually take your dog a while to be able to spot a red toy.

Likewise, dog trainers use this information when selecting training aids and decoys. If they choose a red toy and a green toy it will only confuse the dog, but if they choose colors that will appear to contrast to the canine, their training session will be much more successful. 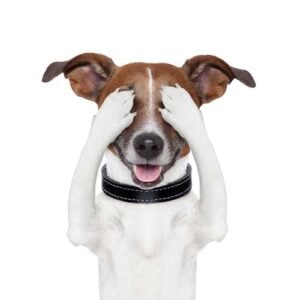 I know that our dogs will frequently lose toys in tall grass or in the woods, as we live in a very rural area. If someone throws the ball too far or our dogs lose sight of it, they will usually begin sniffing around the area where they believe the ball landed. After a moment of sniffing, they'll usually find the ball.

There hasn’t been much research done, but the best guess is that dogs rely mainly on the brightness of objects to distinguish them from the environment around them. More research is being done every day on canine vision with the hopes that we will be able to understand more about how they see and process the world in the near future.

If you're fascinated with such dog facts and what to learn more interesting scientific stuff about dogs, check out these articles below: