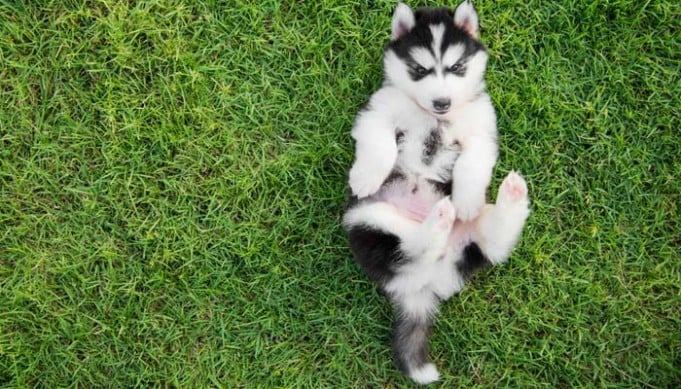 Humans have a strange fascination with belly buttons. From the time we are young we want to show everyone our belly buttons and look at other belly buttons as well. Children ask their friends if they have an “iny” or an “outie.” They want to know how they got their belly button and what it is used for. This fascination has now transferred into pet ownership, and many dog owners are wondering: do dogs have belly buttons?

It may sound silly to ask the question, “do dogs have belly buttons?” but it’s one of those little things that a lot of people simply want to know, even though either answer would not have any effect. Well, let me tell you that most dog owners usually find the answer very surprising.

Yes, dogs DO HAVE belly buttons. Now, here's what else you should know…

All placental animals, including canines, need an umbilical cord during gestation. In some animals, like humans, the belly button becomes a very noticeable scar, but that isn’t always the case. Many people believe that dogs don’t have belly buttons because they are not as easily seen as they are on humans. That's not really the case.

Do dogs have belly buttons? Yes, they do. 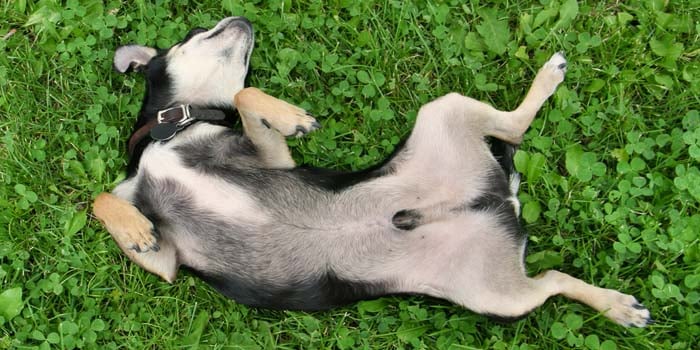 Mammals are similar in many ways

Now that we've answered the question on dogs' belly buttons, it's time to look at how they get those in the first place. Your dog’s belly button, also known as the umbilicus, is the spot where the blood vessels from the placenta are attached to the pup before they are born. These blood vessels provide the essential nutrition that the puppy needs, allow for the flow of oxygen, and aid in waste product removal.

In most cases, the umbilical cord is still attached to the puppy when they are born, but after a successful whelping by the mother, it is removed and she will usually eat it. The scar that is left behind after the umbilical cord is detached, and it's much less noticeable on most animals than it is on a human.

Why we usually don't see belly buttons on dogs? The reason is because on dogs it is a flat scar, and is quickly covered over with fur as soon as the puppy is born,  thus it can be tricky to spot.

Humans definitely have the most noticeable belly buttons of any mammal. Marsupials (pouched mammals like the koala, possum, and kangaroo) and monotremes (egg-laying mammals like the platypus) are the only mammals that have no need of a true umbilical cord, and thus do not have a belly button of any kind. Most other placental mammals are like dogs and cats, in that their navel scar will fade with time.

Here are a few articles you may also find interesting to read: 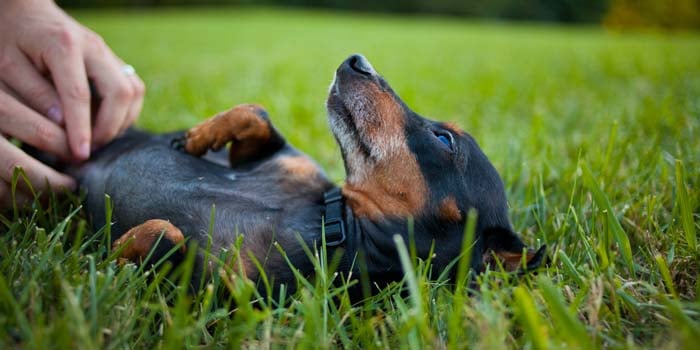 Unfortunately, much like with human babies, things don’t always go smoothly when puppies are born. Sometimes, a hernia can occur around the dog's belly button area. Hernias develop when the wall of the abdomen doesn’t completely close around the umbilical cord during puppy's development, and occasionally, this condition may become life-threatening to the puppy.

“An umbilical hernia is a protrusion (outward bulging) of the abdominal lining, abdominal fat or a portion of abdominal organ(s) through the area around the umbilicus (navel or belly button). The umbilicus in dogs and cats is located on their underside just below the ribcage.”

An uncomplicated umbilical hernia normally won’t cause any problems, and will correct itself in a short amount of time. However, a complicated dog belly button hernia is when parts of the internal abdomen, like the intestines, poke through the gap in the muscle wall, and typically surgery will need to be performed to correct the issue. The issue can be usually fixed at the same time the puppy is spayed or neutered.

What dogs can get the belly button hernia problem? Any puppy or any dog breed can suffer from an umbilical hernia for the most part, but some canine breeds – including Basenjis, Beagles, Airedale Terriers, and Pekingese – are more prone to this health complication.

If you adopt a puppy that's one of these breeds, you should keep a watch on their abdominal area for any signs of swelling. It's nothing to concern yourself with; simply take note of their belly at least once a day, which is very easy to do.

“I have never seen a belly button on my dog!” If you’ve never noticed your dog’s belly button before, that’s actually a good thing. When your canine mama is having puppies, you should check each puppy’s belly button area shortly after birth to make sure there aren’t any potential complications. Likewise, if you’re looking to adopt a puppy, one thing you should look for are any signs of an umbilical hernia around their belly button area.