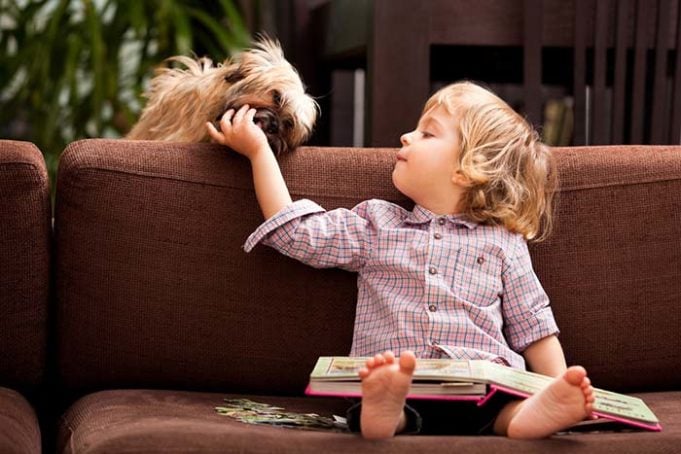 A new study shows that the family dog could boost physical activity in children with disabilities and could lead to overall improvements in their lives.

Oregon State University recently conducted a study in which they researched the effects of a family dog on a 10-year-old boy with cerebral palsy. This study determined that the intervention program resulted in overall improvements for that child, including physical activity, motor skills, human-animal interactions, and quality of life overall.

According to Megan MacDonald, assistant professor in the OSU College of Public Health and Human Sciences, these findings indicate that dogs can improve the quality of life of children with disabilities and get them more active.

The study was published in a recent edition of the journal Animals.

RELATED: A Study Shows How Dogs May Improve Health of Young Children 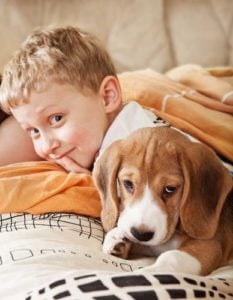 Children with disabilities like Cerebral Palsy experience significantly less physical activity than do their peers. Because of this, they are considered a health disparity group, which means they face more health concerns than their peers.

The researchers chose the family dog over another animal because this dog is already familiar to the child and the two have an existing relationship.

To start, researchers assessed the child’s physical activity, motor skills and quality of life as they existed before any modifications occurred (getting baseline data). Then, they began the 8-week study, incorporating assistance from the child’s one-year-old Pomeranian.

For the intervention, the pair performed supervised physical activities once a week for 60 minutes, as well as activities such as the child brushing the dog with his hands, playing fetch with alternating hands, balancing on a wobble board, and marching on a balancing disc.

During the exercises, the dog would also balance on the wobble board, and this presented a motivational challenge for the child – “if the dog can do that, I can do it, too.”

In addition to the exercises, the pair was also assigned “homework,” such as playing fetch, brushing the dog, and going on daily walks. At home, the child wore an accelerometer in order to measure physical activity levels away from the study.

The Results of the Study

At the end of the study, researchers did another assessment and determined that the child’s quality of life has significantly increased in several areas: physical, social and emotional health. Those assessments were performed by both the child and the parent.

Additionally, the child experienced much less sedentary activity, and much more moderate-to-vigorous activity.

MacDonald was very excited by these results, and stated that in the future, professionals may be recommending that families adopt dogs to improve the lives of children with disabilities.

On top of the increased health the child experienced, researchers also observed an improved relationship between the dog and the child as they worked together to complete their tasks. The dog exhibited improved prosocial behavior toward the child.

According to Monique Udell, director of the OSU’s Human-Animal Interaction Lab, this was a sign of well-being for both the dog and the child. Prosocial behavior is voluntary behavior intended to benefit another.

According to the researchers, this improved child-dog bond increases long-term emotional benefits as well as facilitating long-term team activities at home, like taking walking. The reason for this is simply that it is enjoyable for everyone involved.

This is one of the first studies to study how a participation in animal-assisted therapy benefits the animal, as well as the human. So, the fact that the dog experienced improved physical and cognitive performance alongside the child is great news for animals, too.

Though this study only involved one child, the research team recruited several families who have children with disabilities, as well as their dogs, for a larger future project, designed in part to test whether or not this methodology can eventually be used on a larger scale.

Based on these initial positive results, researchers are hoping to pursue more studies like this one.

Researchers noted that a surprising result of this study is that they gained knowledge on the child’s sense of responsibility over the animal. Observing the friendship between the pair allows the scientists to ask more questions about the influence of a pet on children and their families overall.

READ NEXT: 14 Safety Tips for Adopting a Dog When You Have Kids

Diana Beth Miller - Feb 8, 2023
If you think your dog is pregnant, hopefully, it was a planned event. If it was, then you've already done your research and you know...

Patrick Lumontod - Feb 8, 2023
Using gun dogs for hunting has been one of the favorite parts for many game hunters since the practice began many centuries ago. At this point, hunters...