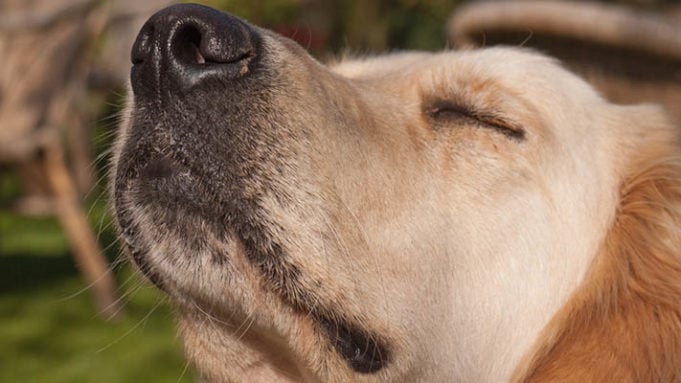 Dogs apparently form mental representations of things they smell in their brain as evidenced in a study on professional rescue dogs and family pets.

Scientists have long established that dogs have powerful noses. But a new study showed that dogs use their sense of smell to visualize an object physically. Apparently, dogs know that they have a ball or a stuffed toy based on the way these objects smell.

“In fact, quite a few dogs showed interesting behavior, especially in the first round of the surprise condition, which we called ‘hesitation:' although they had obviously noticed the toy, they continued to search via smell, probably for the toy that had been used to lay the scent trail.”

In humans, it's the eyes that are incredibly important because it's how men visualize what's in front of them. By contrast, dogs don't have the sharpest visuals and the accuracy of their line of sight depends on the breed.

However, all dogs rely on their noses more than their eyes to learn about what's around them. Their noses have over 300 million receptors and they also have a specific olfactory organ that's bigger than humans, hence their sense of smell is a thousand times better than men.

RELATED: 25 Dogs With the Best Sense of Smell

Following A Trail Of Scent

According to experts from the Max Planck Institute for the Science of Human History, dogs can make a mental representation of the objects they smell. A team of researchers studied 48 dogs, where 25 have been trained to work in search and rescue operations and 23 are family dogs. The findings were published in the Journal of Comparative Psychology.

The researchers initially tested the dogs using two of their favorite toys. The animals were led to a trail of scent of these objects for the purpose of recording their responses.

The normal condition showed predictable results, as most of the dogs were able to follow the trail and find their toy. In the surprise condition, however, many of the dogs interestingly showed hesitation for a toy they obviously knew because it was not the object used to lay down the trail of scent. The animals, whether working dogs or family dogs, appeared confused and continued to use their noses to search for the right toy.

According to the experts, the dogs' responses showed that they have a basic concept of the things they encounter or search for. Though animal behaviorists have stated in previous studies that an object’s scent is a stimulus, this study revealed that dogs expected to find specific things when following a trail. In short, they have visualized what they are tracking down based on the scent. 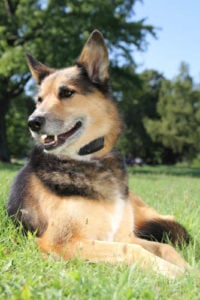 However, the dogs hesitated less after five more attempts to follow the trail. The experts noted that this could be because the dogs were given rewards like treats afterward, regardless of what toy they discovered at the end of the test.

But another interesting result of the study showed that family dogs performed as efficiently as the working dogs after the initial tests. Though the dogs trained to track down senses did well from the beginning, family dogs eventually learned the routine after a few rounds. Simply put — they were right on the nose, too!

The experts are hoping to come up with additional tests to understand the smell perception and cognitive process of canines better.  The findings, however, aren't surprising, especially following studies that revealed dogs have a level of awareness that's comparable to a six-year-old. They can actually differentiate scents, more so the smell of their humans.