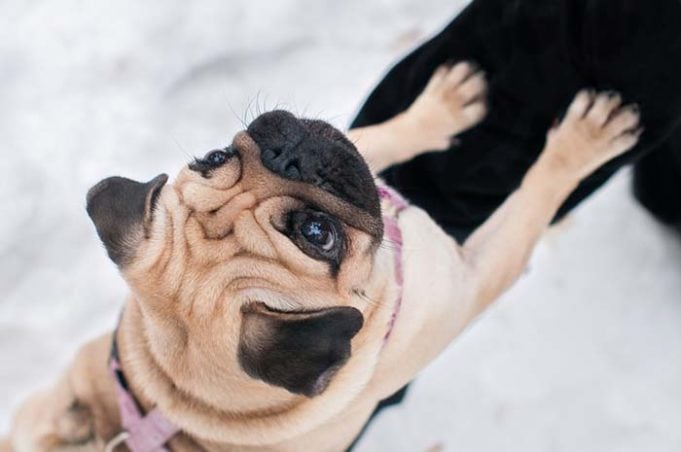 Experts keep doing studies on the memory of dogs and cats for one very important reason that could benefit humans.

Do pets have long-term memories? They remember commands for their tricks, but do they remember the events of the previous days just like humans?

This has been the subject of much research for years but evolutionary experts like Monique Udell from the Oregon State University told Live Science that it's not easy to measure the memories of dogs and cats, or any animal for that matter. Instead, Udell said that experts determine how much dogs and cats remember based on their behavior.

Udell's research into the memories of animals led her to conclude that dogs retain memories for the long term if it’s useful to them. For instance, stray dogs that hunt for food remember finding a hamburger at a trash bin and return to the last place they found this food to see if there can discover more.

Dogs also rely on episodic memories to follow commands and cues. This has a long-term effect, as many dogs do retain knowledge about their training for years. However, the effects of episodic memories might depend on context and the bond that the dogs have with their masters or trainers.

So, while dogs might remember what “fetch” means and immediately pick up a ball when commanded to, they might not be able to figure out and respond to their master when asked where is the ball.

Like dogs, cats retain memories that work for them especially when it comes to food, as per a study in the Behavioural Science journal. These animals also rely on their working memories when hunting or prowling at night.

However, experts from the University of Alberta told the New York Times that the longest cats could retain information might be 10 minutes. But between dogs and cats, memory decline is more evident in older felines.

Dr. Bruce Kornreich of the Cornell Feline Health Center told PetMD that dogs generally do better in memory studies than cats. However, this isn't supposed to spark a dog versus cat debate and there are not enough studies to back up this observation just yet. Experts also need to determine if dogs use the same mechanisms as cats when relying on working memories to act and react.

But if dogs use long-term memories to retain information they’ve learned in training, cats use these memories when forging bonds with people who treat them with kindness or when staying away from humans that bully or hurt them. Cats remember and don’t forgive behaviors that caused them stress and anxiety, as per expert John Bradshaw via National Geographic.

Based on the animals’ behaviors, food and survival, which are tied to certain events and situations, are the most important memory triggers. These are the kinds of memories that stick to the minds of dogs and cats longer. It takes only one impactful experience to be retained in the memories, perhaps for a lifetime.

But as the pets get older, cognitive problems develop that manifest changes in their behavior. A dog might forget cues that tell him it's time to get inside the house or a cat might have a difficulty recognizing other people in the family. 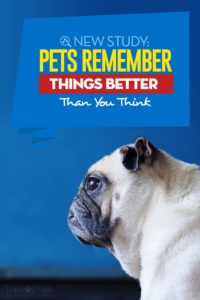 It's important, therefore, for experts to look into how animals retain memory to help with various studies that affect humans, such as the research on Alzheimer disease and dementia. Since memory decay characterizes these conditions, experts are deriving vital information on human aging using canine or feline models to aid actual patients in clinical trials, as per a study in the Molecular Basis of Disease.

Dogs and cats generally have similar brain pathology as people. Hence, when these animals age their brain mechanism ages like a human brain.