Even when you trust your dog’s boarding facility explicitly, even when it’s pristine, well ventilated, and temperature controlled, there’s a possibility that your dog could be exposed to illness or disease during their boarding stay. Here's what you should be aware of before you decide to board your pooch at a dog daycare.

How Do Dogs Get Sick in Clean Boarding Facilities

If a canine boarding facility is unsanitary, the chances of disease and illness in that facility increase exponentially, this is no surprise. What might come as a surprise is that your dog is at risk for illness or disease in a sanitary boarding facility too. There are some illnesses that simply thrive in social settings. We refer to these diseases as “social diseases”.

What are social diseases?

Social diseases are diseases which are highly contagious and are contracted via direct contact with the disease (hence why we refer to them as being “social”). These diseases spread through different means depending on the organism that causes them.

Where do social diseases come from in clean boarding facilities?

If a dog boarding facility is regularly cleaned and boarding dogs are kept up to date on vaccinations and preventative care, how do these diseases get introduced to clean boarding facilities? There are several answers to that, so let's dig deeper.

Social Diseases Can Stem from a Single “Carrier”

Because social diseases are highly infectious and spread very quickly when large groups of dogs are kept within a confined area, all it takes is for one dog that is carrying an illness to introduce it into a boarding facility.

There are a couple of ways that this can happen.

Firstly, a dog can be a carrier of a disease and not yet show symptoms or their symptoms may have gone unnoticed by an owner who doesn’t know what they are looking for. In this situation, there is little that can be done to prevent the disease from being introduced in a social setting.

Note: Keep in mind that even vaccinated dogs can contract diseases that they have been vaccinated against. Many vaccinations simply lower the chances of contracting a disease, lessen the effects of the disease, or shorten the duration of the disease.

Secondly, a dog’s owner can knowingly put their dog into boarding when they are exhibiting symptoms of an illness. In this situation, the dog’s owner is ignoring their dog’s illness because it is inconvenient and would lead to their dog being unable to board. Once the infected dog has entered the boarding facility, even if staff members notice symptoms, the disease has already been introduced to the environment and all other dogs are at risk for infection.

A great example of an illness that is spread from a single carrier is Bordetella or kennel cough. All it takes is for a single infected dog to cough or sneeze in a kennel and the Bordetella bacteria are dispersed into the air. Once this happens, it’s very likely that other dogs in close confines will inhale the bacteria and contract kennel cough too.

Social Diseases Can Also Stem from the Environment

Social diseases can also be the result of changes in the environment in and around a pet boarding facility. For example, flooding as a result of excess rainfall can lead to disease as standing water makes the perfect breeding ground for parasites and bacteria.

ALSO READ: 15 Things to Know About Dog Hotels Before You Leave Your Pup There

The 3 Health Risks That Are Commonly Seen in Boarding Facilities 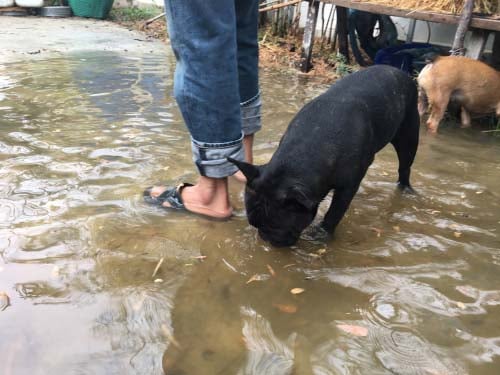 Caused by the Leptospira bacteria, Leptospirosis is a zoonotic disease in addition to being a “social disease”. This means that it is possible for humans to become infected from their pets, although this happens rarely.

Leptospirosis is found in warmer climates with high rainfall and is carried by numerous animals including rats, farm animals, wild animals, and dogs.

Leptospirosis infection can be transmitted to dogs in the following ways:

Some of the symptoms that you may observe in a dog with “Lepto” include:

Early treatment is crucial in treating Leptospirosis in dogs and includes a course of antibiotics and supportive care of other symptoms. The most effective method of treatment for this disease is prevention. A 12-month Leptospirosis vaccination is currently available as part of your dog’s preventative vaccination schedule. Not all veterinarians will recommend vaccination since Leptospirosis is not found as commonly in cooler climates, but if it is common to your area or a recent outbreak has been noted, your vet will recommend the vaccine. 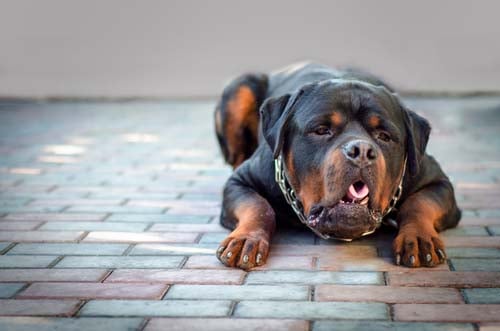 Also referred to as “kennel cough”, Bordetella is a respiratory illness caused by the Bordetella bronchiseptica bacteria.  It is also possible for cats to contract Bordetella or “feline bordetellosis”. There is some question as to whether humans can contract the Bordetella bacteria from their pets, so it is assumed that it can pose some threat of human infection.

Unlike Leptospirosis, Bordetella does not seem to have a preference for one climate over another and is found quite evenly throughout the country.

Bordetella infection can be transmitted to dogs in the following ways:

The classic symptom of Bordetella infection is a dry and hacking cough which is why we often refer to it as “kennel cough”. Other common symptoms associated with this infection include:

For most dogs infected with the Bordetella bacteria, a single course of antibiotics will take care of the infection and supportive care will control other symptoms until the infection has been eliminated. Most healthy dogs make it through Bordetella infection quite quickly and without much incident. Young, old, or immunocompromised dogs can suffer much more severe effects of infection including pneumonia and possibly death.

There is currently a preventative nasal spray “vaccination” to help to protect dogs against Bordetella and all reputable boarding facilities require dogs staying with them be up to date on the vaccination. 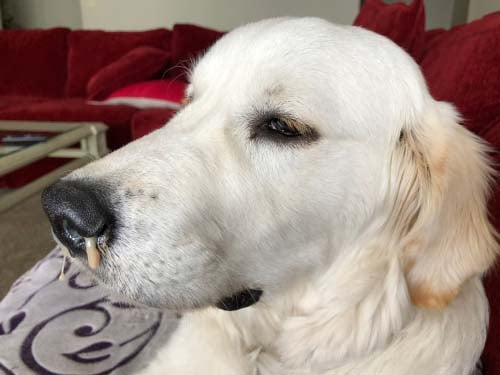 Cause of Canine Influenza

While cases of canine influenza tend to be more prevalent in the eastern and western columns of U.S. states and less frequent in the central states, it is an illness that can be found just about anywhere. Canine flu is also not considered to be a “seasonal” disease and can happen at any time of year.

Canine influenza can be transmitted to dogs in the same way as the Bordetella bacteria – through saliva, nasal secretions, barking, or any exposure to infected respiratory secretions.

Symptoms that are most commonly associated with canine influenza include:

The severity of canine flu varies just as it does in humans with the flu and can depend on your dog’s age, severity of infection, concurrent medications, and co-existing conditions. Most often treatment consists of addressing symptoms such as coughing and maintaining hydration while the virus runs its course. If serious infection is present or if a secondary infection is suspected, a course of antibiotics may also be recommended.

There are vaccinations available to protect your dog against canine flu and these are recommended for dogs that are regularly put into environments where they could be exposed to the virus. The canine influenza vaccine is not mandatory nor part of your dog’s regular annual vaccine schedule, so it’s important to talk to your dog’s vet about the need for the vaccine. 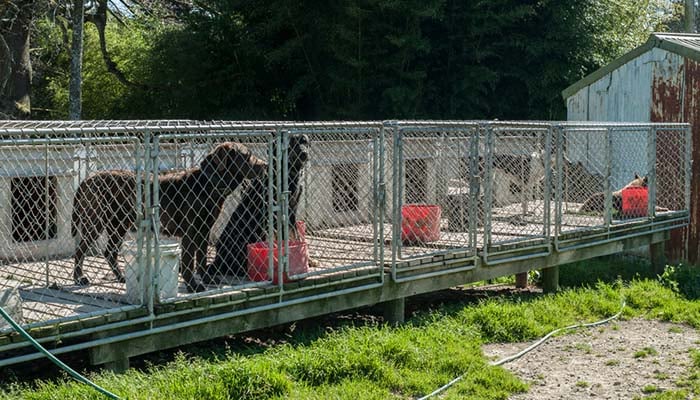 In addition to the big three, there are other health risks that you should be aware of while your dog is staying in a boarding facility. These risks include:

How at Risk is Your Dog for Social Diseases in Boarding? 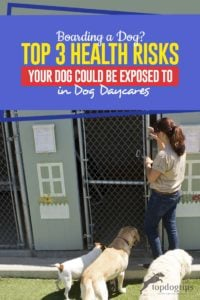 Depending on where you live, current epidemics, your dog’s current health, and other varying factors, your dog may be at increased risk for any of these commonly seen social diseases while in boarding. If you are interested in finding out which of these health risks should be of particular concern for your dog, talk to your veterinarian about local concerns for dog owners.

Does the Condition of a Boarding Facility Matter?

If there’s a possibility for dogs to get ill from social settings anyway, does the condition of a boarding facility matter? Of course! Always use your common sense when it comes to protecting your dog from disease. Choose a sanitary kennel, keep your dog up to date on preventative care, stay on track with vaccine schedules, and keep your dog at home and use a pet sitter if they show any signs of illness so that they don’t spread that illness to other dogs.

READ NEXT: Flea and Tickborne Illnesses in Dogs – The Complete Guide