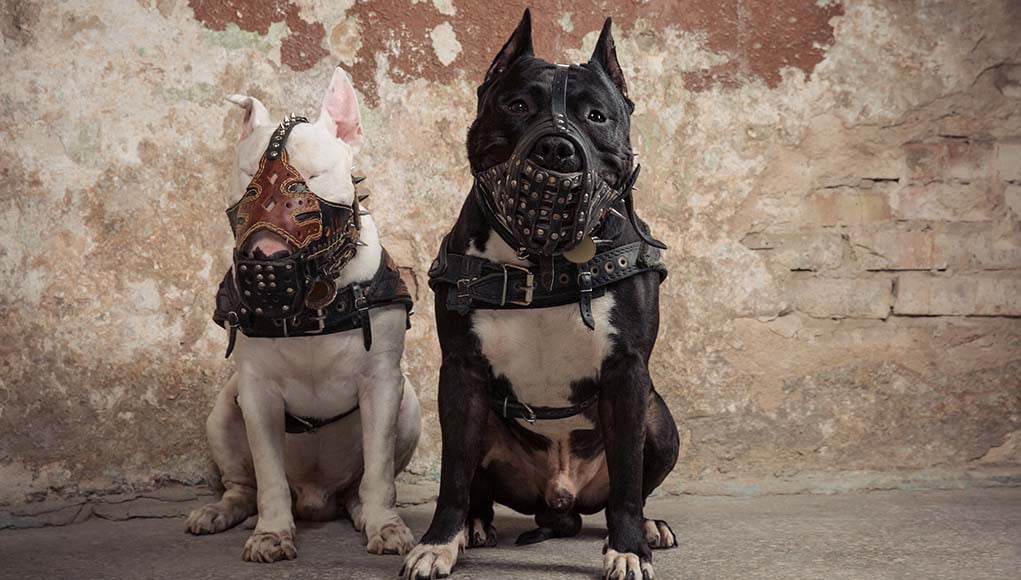 One of the biggest concerns when owning a dog is the possibility of your pooch being stolen and one of the main reasons dogs are stolen is to be used as bait in dog fighting. With poachers lurking around every corner, aiming to make money off of any and every dog, it isn't a surprise that this illegal practice has lasted as long as it has.

What Is Dog Fighting?

Dogfighting is a type of sport in which dogs are forced to fight one another (most often to the death) for entertainment and sometimes profit of spectators. Spectators not only enjoy watching the dogs fight but also place bets on which dog is more likely to win in an attempt to make extra money. This can even be a primary source of income for some ring leaders.

Dog fighting is illegal in many countries, and is considered animal cruelty. Dogs that participate in the fighting are raised in isolation and spend the majority of their lives chained up with short and heavy chains. The dogs are put through regular conditioning for fighting through the use of drugs, like steroids, and abuse. 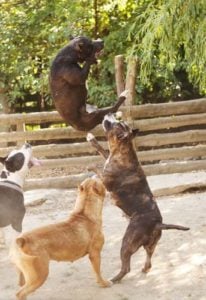 The goal is to create a dog high in muscle mass and extremely aggressive. Dogs will usually have their ears cropped and tails docked to minimize cues during a fight and prevent other fighting dogs from latching onto them. Like everything else in dogfighting, the docking is done by the owners and is usually completed by inhumane methods.

Even with restrictions, animal cruelty laws, and the fact that dog fighting is a felony in all U.S. states, it is a continuing problem throughout the country. Fights are not always well-organized and can happen in back alleys as well as staged enterprises and rings. They may last from minutes to hours, and surviving dogs will experience injuries varying from puncture wounds, blood loss, lacerations, broken bones, and crushing injuries.

The fight itself does not usually end in death, but the losing dog will often die due to injuries, be discarded by their owners, or killed as part of the “sport.”

Why Do People Participate in Dogfighting?

Dogfighters sometimes enter the business due to the sadistic enjoyment of animal cruelty. While this is not the most common reason, it is still one of the main reasons why the cruel blood sport of dog fighting has continued and always finds audience.

People are most often attracted to dogfighting because of their greed and desire for money. Dog fights involve large amounts of money, with a $500,000 prize being one of the most significant quantities recorded. Most dogfights will bring in $20,000 to $30,000 to distribute between participants for a single fight. The profit from selling a winners pup alone can cost the buyer thousands of dollars.

Other times it might be the idea for owners that the animals are an extension of themselves that can fight their battles for them. The dogs will show off their strength and dominance. Although the idea of using dogs for money is awful, the idea of relating to them in this particular way is almost worse. When the owner of the dog ends up on the losing end, they lose money and status, which can lead to possibly violent actions against the dog for disappointing their master.

If a dog is suspected of being a victim of dog fighting, it is essential to report it right away. To do that, you'll need to understand and be able to identify the different signs and symptoms of a dog that is part of dogfighting scheme. Look for these different signs:

Dogs found in urban communities may be hidden in basements, backyards or other secluded areas to remain out of public sight. One item from the above list isn't enough to determine if the dog is a victim of dog fighting or not. Look for multiple signs. If the dog seems to be showing two-three of these signs, there's a possibility that they are being used for dogfighting. When this happens, call the police and/or animal control immediately to share your suspicions; never confront the owners yourself.

With dogfighting still existing underground in the United States, over 40,000 people are participating in the fight rings. As participation increases, the number of dogs killed has also increased. The U.S. government has estimated that an average of 16,000 dogs are killed each year in illegal dogfighting arenas and will continue to grow.

As with all illegal and underground activity, there is no way to determine exactly how many participants there are across the country. Even with laws being put into place to prevent growth, like the Animal Fighting Prohibition Enforcement Act, which can cause violators to face up to three years in jail and a $250,000 fine.

In 2014, another act was signed, the Animal Fighting Spectator Prohibition Act, that would make attending an animal fight anywhere within the United States a federal offense and adds extra penalties for bringing children under the age of sixteen to an animal fight. 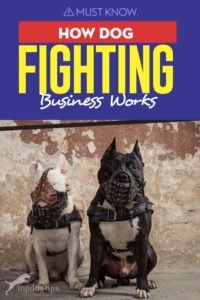 Dogfighting is an extremely secretive practice that is very difficult for law enforcement and professionals to locate and infiltrate. The investigation requires the same process of an undercover drug investigation and requires massive amounts of resources to be pulled and used.

Another issue is that the primary source of evidence is living creatures, the dogs. They have to be taken care of and maintained until the process is complete. Therefore, prosecutors are limited in the amount of dogfighting cases they can take on by the amount of human and animal resources available to them.

READ NEXT: How Fighting Dogs Are Trained – The Grim Reality