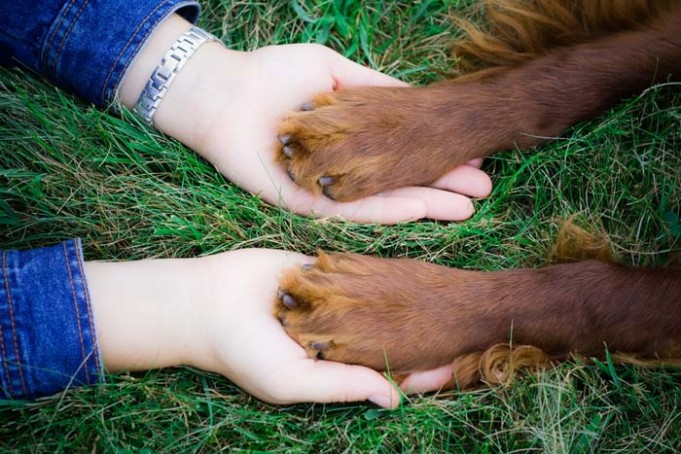 Most people have heard that one dog year is equivalent to seven human years. This is a very oversimplified way of looking at it. Obviously dogs age much faster than humans, but there are a lot of variables to consider when comparing the two. How to convert dog years to human years, and do so with accuracy?

Ultimately, there is no easy way to convert dog years to human years, but there are some helpful rules you can follow. The biggest factor is the maturity rate of dogs compared to that of humans. Human children do not stop growing and developing until late in their teen years. Dogs are done growing by the time they are two or three years old.

How to Convert Dog Years to Human Years? 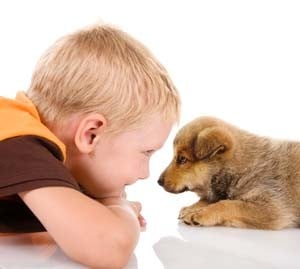 Puppies mature much faster than human children in the first two years of life, the first year of a dog’s life is actually equivalent to 15 human years. Once they reach the age of two, they are equivalent to a human who is about 21.

After the first two years, the aging process typically slows to about 4 human years for every 1 dog year.

Size and breed have a great influence over the rate that dogs age, as well. Smaller dogs tend to age faster than large breeds in the first few years of life, but then their aging process drastically slows down and they actually end up aging much slower than large breeds over the course of a lifetime.

Large breeds mature slower at first, but some are considered seniors at as young as five, whereas some small and toy breeds aren’t considered to be seniors until they are more than 10. You can follow the chart below to get an estimate of how old your dog is in human years.

Table on how to convert dog years to human years

* Small breeds are 20 pounds or less, medium breeds are between 21-50 pounds, and large breeds weigh more than 50 pounds.

What if you adopt a dog and don’t know how old he or she is? Fortunately, it is still possible to estimate that dog’s age, but there is no way to get a definite answer. Your veterinarian can give you a fairly accurate estimate, and usually they figure it out by looking at the dog’s teeth.

How can a veterinarian figure out a dog's age 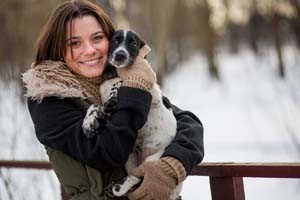 Calculating dog's age by their teeth is often one of the first go-to options for vets. The dog is young, the degree of growth can give an estimate of how old the puppy is, and if he is an older dog, your vet will look at the amount of wear and tartar buildup on his teeth to help determine an age estimate. But this doesn't always work.

Sometimes, dogs have had good dental care in the past and the amount of buildup on your dog's teeth may not realistically predict his age.

Alternatively, your vet may also do a complete physical exam to get an estimation for your dog’s age. They will look at the dog’s muscles, joints, internal organs, and any signs of aging to help determine how old they may be.

Veterinarians will look at your dog's coat, ask questions about his energy level and general behavior and look for other common signs of aging like fatty lumps or graying hair. It will be easier to know dog's age when a vet knows the breed. However, very often in cases of an unknown age in dogs, the breed remains a mystery as well. Dog DNA tests are usually another great option to help better understand who your dog is (see article below).

RELATED: Do Dog DNA Tests Work? How Accurate Are They?

In conclusion, finding a definite way of how to convert human years to dog years would be a complicated matter, which is why people came up with the “easy” way of doing this. Now that you have this information, it's up to you how much you're going to trust the estimation on the internet, from your vet, from your friend, and so on.

As the old saying goes, you can’t believe everything that you hear. As you can tell from the chart above, the saying that 1 dog year is equal to 7 human years is just not the case. It’s actually much more in depth than that and you must take into account many variables.

Next time someone tells you that your 3 year old pup would be 21 if they were a human, you’ll know better. You can explain the canine aging process and help educate your fellow dog lovers about how to convert dog years to human years.