Some pet owners thing it's funny when their dog gulps down food. They make joke about how quickly their dog eats, but it's no laughing matter. Eating too fast is very bad for your dog's digestion, and it can cause serious health problems. Learning how to make a slow feeder for dogs is an easy way to help slow him down.

Eating too quickly may just cause your dog to gag and choke – if you're lucky. Scarfing down food could also result in a condition called gastric dilatation-volvulus (GDV), which is a very serious condition.

When your dog eats too quickly, excessive fluid, air and food fill his stomach. This may be followed by swelling of the stomach cavity. As the stomach grows, it can twist around on its axis (volvulus). This will make it impossible for anything to pass through the stomach into the intestines.

You'll only have a short time to seek veterinary care once GDV has has happened. If it isn't treated fast enough, your dog could go into shock or even pass away suddenly. I'm not saying this to scare you. I just want you to understand that eating too quickly is no joke! It's a very serious issue that needs to be addressed immediately.

If your dog is a fast eater, learning how to make a slow feeder for dogs will help pace his eating and could even save his life. This option is simple, requires no assembly and costs less than $1.

How To Make A Slow Feeder for Dogs 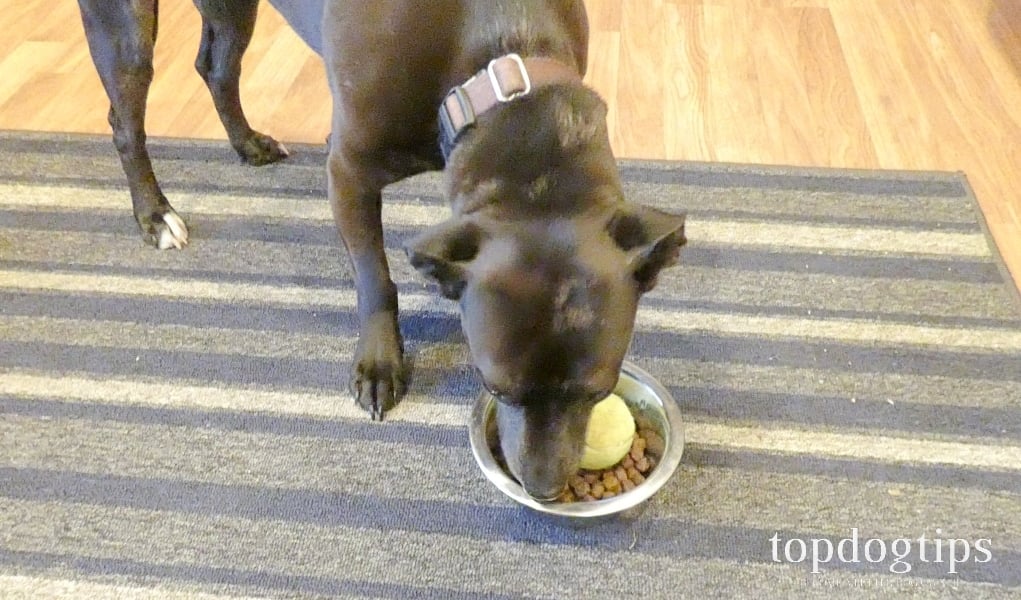 All you need to make this homemade slow feeder for dogs is a tennis ball or two. You may have a couple on hand already, especially if you have a pooch that loves to play fetch. If not, you can pick some up for about $1.

Just drop a tennis ball into your dog's food bowl. If you have a large breed dog who has a very big bowl, you can put two balls in. Your dog will have to move the balls around with his nose to reach all of his food.

This method won't prevent him from reaching the kibble, but it will take him longer to find it all. He won't be able to take large bites of food either. He'll get a few kibbles at a time, and then he'll have to move the tennis balls around to find some more.

Slow feeders are beneficial for any dog. Even if your dog is a slow eater, he'll get added mental stimulation by using this type of food dispenser. Instead of just munching food out of a standard bowl, mealtime will become playtime. 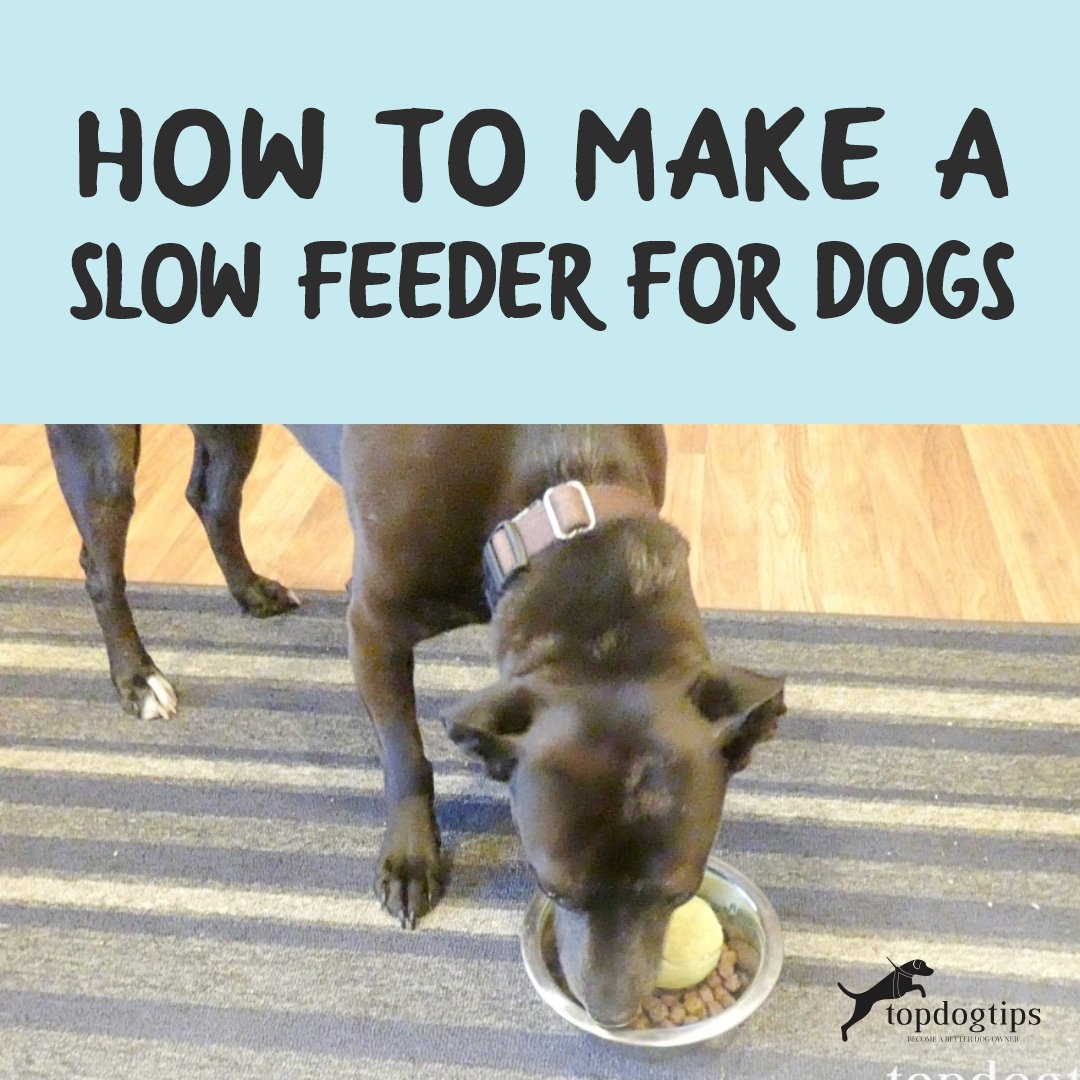 How To Give A Dog A Bath

How To Introduce Cats To Each Other: A Step-by-Step Process