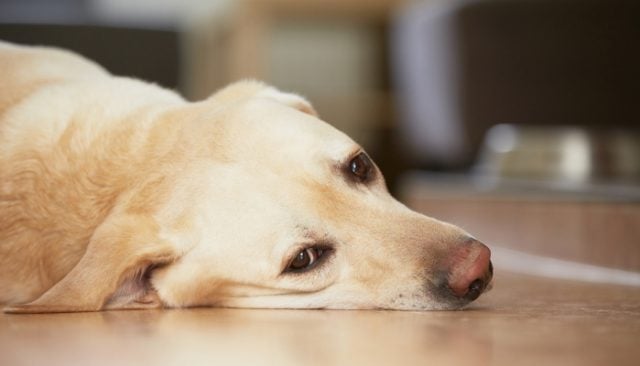 Every stray dog looks forward to finding her own human family – her own home. The dogs’ stints at shelters and foster homes are all temporary. From there, their future can only lead to one of two things – a permanent home or euthanasia. The better choice is quite obvious, albeit not always possible for all stray dogs.

Organizations that advocate for the humane treatment of animals unceasingly work to ensure that every animal found on the streets gets a fair chance of living this dream. Much like humans, dogs have stories to tell, too. Because they live in a world where man’s laws govern, their stories can take even much sadder turns.

Lana’s story is a heartbreaking one. She belonged to a large litter in Mexico, and she was the smallest. When she arrived in Toronto, Canada, she was just about the size of Dahlia Ayoub’s hand. Ayoub, of Mighty Mutt, works with animal rescues and humane societies to help match homeless dogs with families. She has had the privilege of watching Lana grow.

As the runt in her litter, Lana had to compete for food. She was also frightened of a lot of things. Probably because of that experience, Lana grew up with a keen guarding instinct.

She would occasionally growl when something threatened her; otherwise, Lana was just a sweet and funny little dog. She loved her walks, and actually grew to love the company of other dogs.

Lana was up for adoption, but meanwhile, she was placed in a special program. Under the program, she’d be living in foster homes for short periods until such time that a family would permanently adopt her. There were no issues the whole time she went from one foster home to another. Lana seemed ready for the day she’d be adopted!

That day did come for Lana. When she was over five months old, a family came to adopt her. It looked like Lana’s search was over. For a short while, the dog thought she had a real home and family to call hers forever.

Just when Lana started to settle in, the family decided to return her to the shelter.

Lana apparently snapped at the mom, and this incident prompted the family to give her up. That was obviously Lana’s guarding instincts taking over. Getting rejected could happen to anyone, and I'm not only talking about dogs. But to Lana, it did look like it was the end of her world, especially when she was brought to the all-familiar four-cornered world back in the shelter.

She bent her head and leaned for support on the cold corner of her kennel. It was a pose that spoke of hopelessness. She wouldn’t budge – not even for her favorite walks.

RELATED ARTICLE: Does My Dog Love Me? Myths and Facts About Dog Emotions

But certainly, a healthy and a previously-cheerful dog can’t live like that forever. Not while there are people who care for dogs, anyway. Ayoub heard about Lana and went to visit the dog immediately. Hearing Ayoub’s familiar voice was all Lana needed. She leapt for joy, knocking Ayoub over with her enthusiasm!

The network of organizations working for the welfare of dogs continues to find permanent homes for homeless dogs like Lana. Again, Lana was placed for adoption. Momentarily, she was taken by Rescue Dogs Match under its wings. This non-profit organization found Lana a foster home where she awaits her chance at a wonderful life in a permanent home.