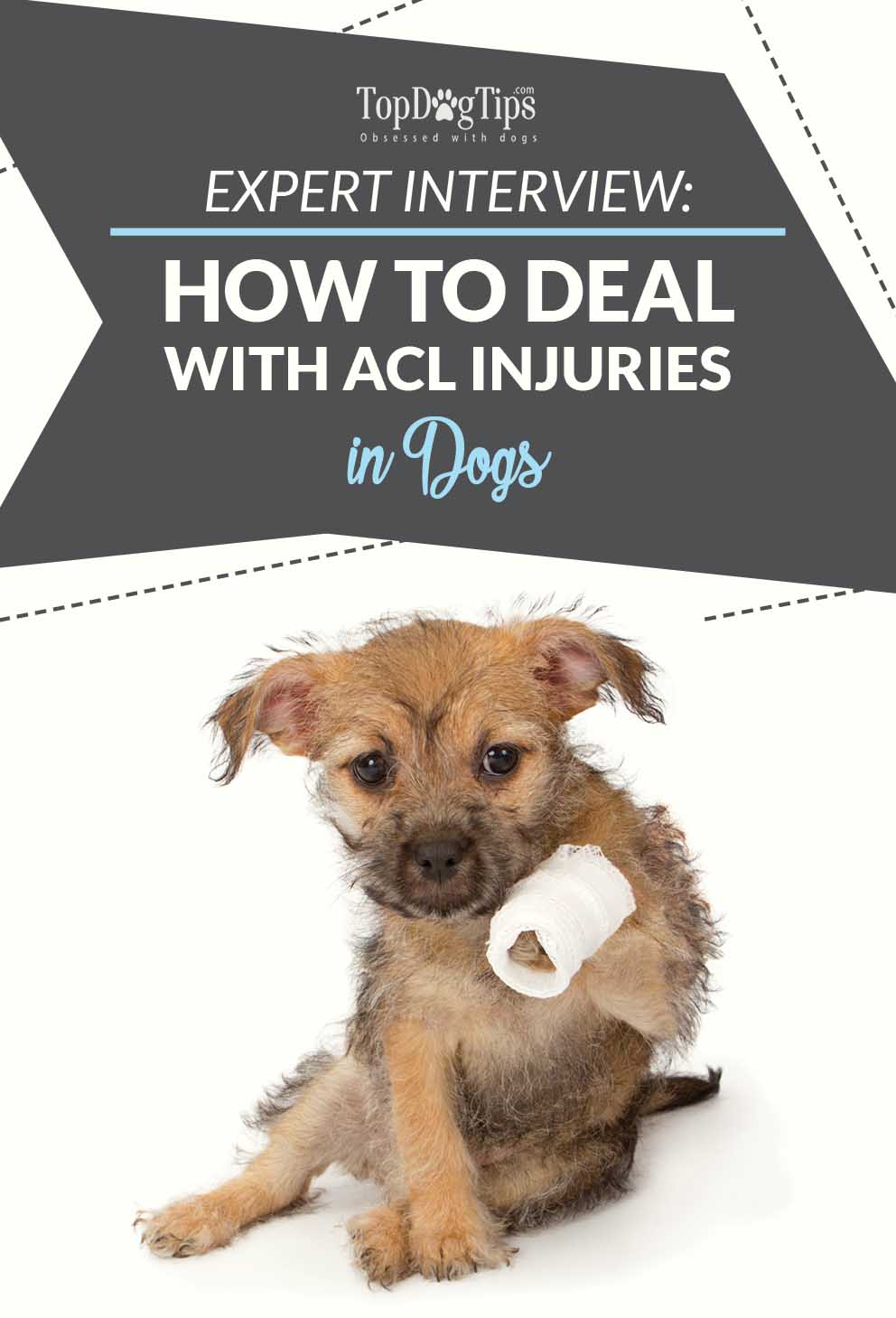 Knee injuries are quite common in humans. You've probably heard of a person tearing a ligament in their and needing surgery to repair it. Did you know that this same issue can happen to canines? ACL injuries in dogs are actually the number one orthopedic disease faced by canines.

This week I had the pleasure of speaking with Dr. Neil Embleton, co-inventor of the Simitri Stable in Stride®, an implant that is revolutionizing the repairing of ACL ligaments in dogs. He worked with Dr. Veronica Barkowski to create the device.

Dr. Embleton wanted to be sure to acknowledge the incredible work done by Dr. Barkowski. She was able to determine exactly where to place the implant in the live patient based on measurements taken from preoperative radiographs.

An ACL repair can leave a dog needing physical therapy and weeks of rest and relaxation to heal properly. How do I know this? Because, sadly, my parents have three Labrador retrievers and two of them have undergone this surgery. I wish I had spoken with Dr. Embleton years ago, so I could have passed this knowledge on to my parents.

What is Simitri Stable? 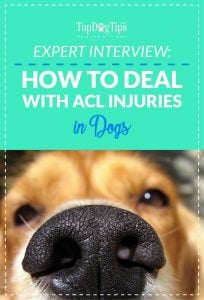 The Simitri Stable in Stride® is a surgical stabilization technique in which no bones or muscles are cut.

This is the key difference between this implant and the traditional surgical procedure for repairing ACL injuries in dogs. The Simitri Stable in Stride® technique utilizes a three-part modular implant that is positioned on the inside of the leg but remains outside the joint.

Don't worry, I know this all sounds like a bunch of veterinary jargon right now, but I'll explain it all in layman's terms! I spoke with Dr. Embleton to get some more information on what the implant is and why it is so revolutionary in the veterinary field.

How to Deal With ACL Injuries in Dogs
(Expert Interview) 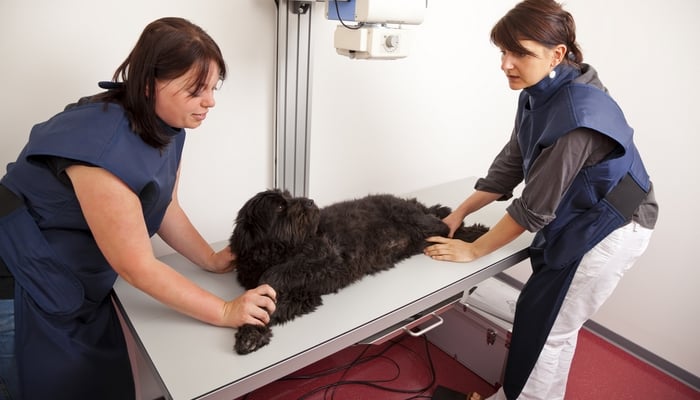 So first, you're probably wondering what Dr. Embleton's credentials are. He graduated from the Ontario Veterinary College in 1987, and his career in the veterinary field began in mixed animal practice in Southern Ontario. After a year of that, he and his wife migrated to Alberta and towards small animal surgery, especially orthopedics.

Dr. Embleton told me that he enjoyed the challenge of putting the pieces back together after an orthopedic injury. Sadly, due to a lack of funds and having a young family, an orthopedic surgical residency was not an option for him at the time. Instead, he has pursued many continuing education courses over the last 29 years.

So, why such a focus on ACL injuries in dogs?

What are ACL injuries in dogs?

Before we can talk about the Simitri Stable in Stride®, we need to understand exactly why it is needed in the first place. There are four ligaments that stabilize your dog's knee during movement. The cranial cruciate ligament, referred to as the anterior cruciate ligament or ACL in humans, is the main stabilizer of the knee joint.

This ligament has two main functions:

It limits cranial translation and internal rotation of the tibia, otherwise known as forward and inward rotation movement of the shin.

As the ligament fails, the knee becomes unstable. This leads to pain, lameness and arthritis, loss of range of motion and decreased muscle mass of the affected leg. Dr. Embleton says that the incidence of the disease varies, with some breeds being more susceptible.  On average it affects about 3-5% of the canine population, and he told me that it is the number one orthopedic disease faced by dogs.

Breeds that are more susceptible to ACL injuries in dogs include:

What other options are available? 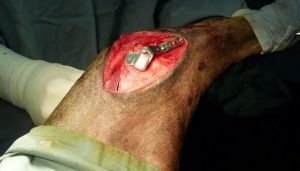 Currently, there are two main classes of surgical management of cruciate ligament injuries: extracapsular repair techniques using either monofilament nylon or multifilament braided material to emulate the ligament, or geometry modifying procedures such as TPLO.

Dr. Embleton says that when TPLO surgery became available more than 20 years ago, it was touted as the ‘gold standard’ for cruciate repair. Surgeons were looking for an alternative for larger dogs because of the high rate of failure of extracapsular techniques.
It was adopted very quickly with little or no scientific evidence to support its use.

Over time Dr. Embleton began to question the procedure itself. He says he had issues with inflicting a hard tissue injury (cutting a healthy bone) and forever changing the biomechanics of the dog's knee joint.

Good scientific evidence has come to light in recent years that suggests that the TPLO procedure did not provide the stability experts thought it did, and in fact the procedure causes a backward shift in the shin bone movement called (caudal tibial translation). This revelation made Dr. Embleton reevaluate what it was that vets were trying to achieve with the procedure.

There is still no scientific evidence to suggest one procedure has benefits over another. – Dr. Neil Embleton

He began to think about what the role of the cranial cruciate ligament was and how he could reproduce its function and maintain joint biomechanics while being as minimally invasive as possible.  Dr. Embleton explained that this process began 6 years ago – the result was the Simitri Stable in Stride® implant.

How does it work?

The Simitri Stable in Stride® implant is a three part, modular knee stabilizing implant that is designed to provide immediate and continuous translational and rotational stability while minimally affecting movement.

The polyethylene is the same material used in hip and knee replacements in humans. The femoral plate has a ball and stem, which interconnects with the tibial plate via an 8 mm travel channel within the articulating insert.

The implant is attached to the inner side of both the femur (thigh) and tibia (shin) using six cortical locking screws. The implant does not go into the joint, and no bones or muscles are cut during the procedure making it a much less invasive option.

Unlike currently available procedures, joint biomechanics are not significantly altered during the procedure.

Once implanted the Simitri Stable in Stride® provides immediate and continuous translational and rotational stability while also allowing the joint the freedom to flex, extend, compress, expand and move side to side in as normal a manner as possible.

When I asked Dr. Embleton about the post-op recovery compared to other methods, and this is what he had to say:

“Like night and day.” Exact quote from several clients who had a TPLO procedure first and then experienced a Simitri Stable in Stride procedure and to be perfectly honest it's the same sentiment expressed by veterinary clinics dealing with Simitri patients for the first time.  The procedure is so much less invasive and provides continuous stifle (knee joint) stability, this makes it a significantly less painful surgical procedure.  Unlike current procedures, Simitri patients are expected to go for an unsupported short (5-10 minute) walk the day they go home.” – Dr. Neil Embleton

He explained that the chief engineer for New Generation Devices did a very thorough mechanical testing of the implant. This testing showed that when used in the appropriately sized patient, the implant should last the lifetime of the patient.

However, as this is a new procedure the longest follow up so far is 3 years.

READ ALSO: 18 Tips on How to Save Money on Dog Care

Because the Simitri Stable in Stride® procedure is less invasive, the complications are less serious as compared to the other procedures, especially those that require an osteotomy (cutting of bone).

Dr. Embleton told me that in a scientific paper on the first 66 cases (which they have had accepted for publication), complications were broken into two categories: major and minor. Major complications are ones requiring a revision surgery, minor require no treatment or medical management.

This is comparable to the complication rates of current procedures, but again the types of complications were significantly different and mostly the result of using the implant in too large a dog.

This is the lowest complication rate of any of the current cruciate repair procedures.

RELATED: 25 Most Serious Dog Health Symptoms That Cannot Be Ignored

When Dr. Embleton became a veterinarian, he promised his mother that he would make a difference in the well being of animals. Even though she passed away four years ago, and has never seen the Simitri Stable in Stride implant, he sure that she is watching over him and would be proud of what he has done. This implant is revolutionizing the repair of ACL injuries in dogs, and it will definitely benefit countless dogs in the future.

Dr. Embleton wanted to make sure that I mentioned that he is happy to help any veterinarian learn this procedure and that all the teaching information is available on line.

I’d like to take this time to thank Dr. Neil Embleton for speaking with me about his amazing implant. Make sure you check out New Generation Devices for more information about the Simitri Stable in Stride® and how it may be able to help pets suffering with ACL injuries in dogs.

READ NEXT: 17 Tips on How to Choose the Best Dog Food for Your Dog 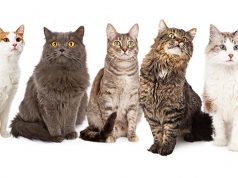 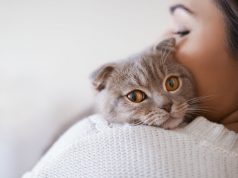 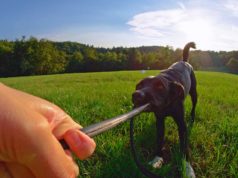 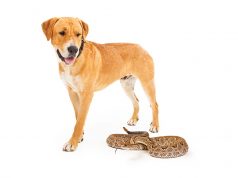 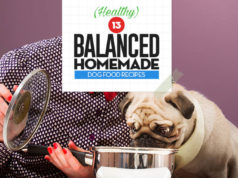 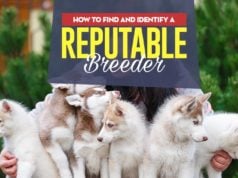 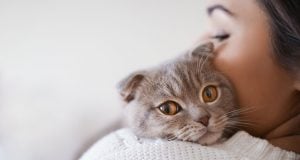 Kelly Pebworth - Jun 11, 2021
When it comes to being a cat owner, there are certain things that everyone has come to understand and love. Cats have a mind... 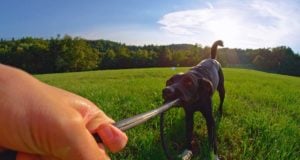 James Rhys Clarke - Jun 11, 2021
"Smart breeds" is a category used to describe trainable dog breeds who are fast and adept learners (source). They are the main protagonists in... 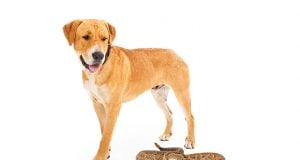 Katherine McKay - Jun 9, 2021
Dog owners who live in areas with venomous snakes know how dangerous these animals can be to their pets. Snake avoidance training for their... 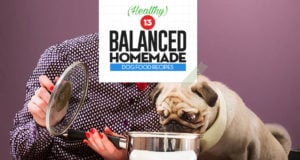 Amy Downs - Jun 8, 2021
Cooking for your dogs, when done right, can be very advantageous for the pet's health. With the number of recipes we have here, there's...

Diana Beth Miller - Jun 8, 2021
We believe in adopting shelter dogs, but some families prefer to purchase their puppies from breeders. In these circumstances, it’s important to support a...

Shelly Graves - Jun 8, 2021
Dogs can suffer from irregular bowel movements just like humans do. One of the most common problems is constipation, which you can treat with...

Rachael Leanny - Jun 8, 2021
Everybody agrees that adopting a rescue dog from a shelter is always more praiseworthy. But if you're set on buying a puppy of a... 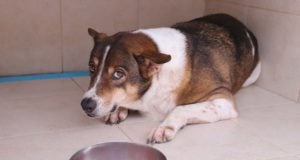 Tiffany Jansen - Jun 7, 2021
When your dog is scared of you, it's not only a devastating feeling, but it also becomes increasingly difficult to train, groom, and feed... 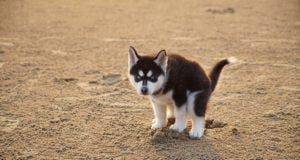 15 Reasons for Blood in Dog’s Stool

Kelly Pebworth - Jun 7, 2021
If you noticed blood in a dog's stool, there could be several causes. Generally, there are two types of blood present in a dog’s...