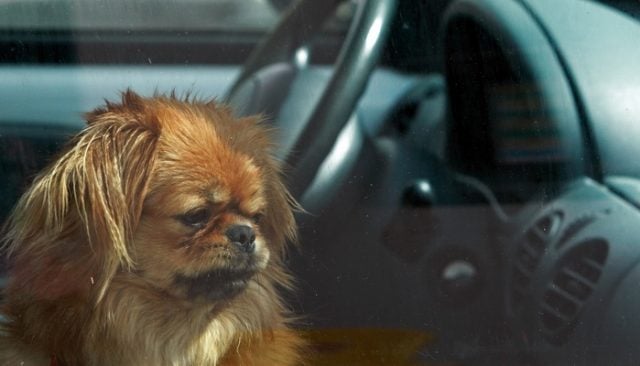 Did you know the heat on a 78 degree day can produce temperatures between 100 and 120 degrees inside your car in just minutes? On a 90 degree day those temps can soar upwards of 160 degrees in only 10 minutes? And it doesn't matter even if the windows are left open a crack, the heat is still unbearable.

Apparently the person or persons who left the 3 month-old Pit Bull mix puppy in their hot car at the Kansas City Royals game, being held at Kauffman Stadium, didn't know or perhaps even care about these facts. Luckily two brothers had left the game early (because they themselves were overheated) and heard the desperate whimpers of this poor overheated pup. They followed the furry-plea until they found the locked car with the windows only left open a crack.

The brothers jumped into action after they noticed the puppy had no food or water for this three hour long-game. They managed to push the window down by wrapping a towel around their hand, then opened the door. Joshua Lee and Michael Warner said the puppy was so relieved to be out that he just ran around licking and greeting anyone in his path.

RELATED: Reducing Risk: How to Keep Your Dog Safe in the Car 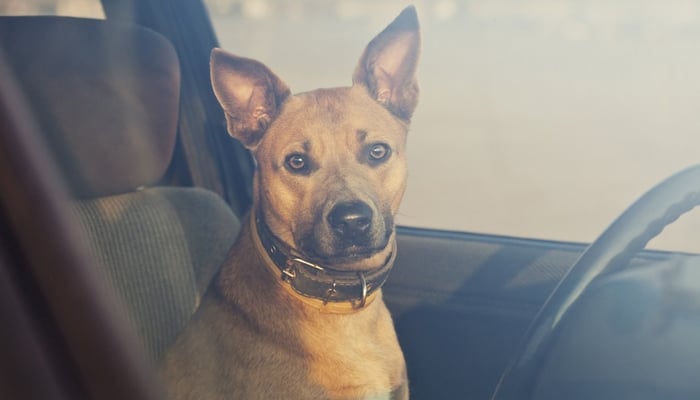 The temperature the day of the game was in the 90's, and there was no shade where this poor pooch was left to endure the furnace he was in. One of the Guest Services employees took the pup home for the night after the owner didn't bother to come and claim it.

However, this neglectful person still had a few days to accept responsibility of the pup, but if he or she does come forward there could be animal neglect charges laid against them with a fine of $1,000 and up to 180 days in jail.

In the meantime, the two heroic brothers were more than eager to adopt this little cutie and even had names picked out like Eric Pawsmer and Alcides Escobark in honor of where the pup was found. But that doesn't look like it will happen, as the employee who housed the puppy overnight has already put down a deposit to adopt the abandoned waif.

With the hot summer months upon us, there is no need for any animal to be left in a car for any length-of-time. Please leave your pets at home, even if you think you may only be a few minutes in the store. Cars can heat up extremely quickly and they are no place for an unprotected pet.

RELATED: How to Prepare Your Dog For Summer

Some cities have even made it okay to break a car's window when there is a dog in distress. In addition, fines and penalties are being laid down to discourage this kind of animal mistreatment. Be a good pet parent and treat your pets as you would want to be treated. After all, you picked them, not the other way around. You owe it to your pets to give them the best and that includes protection from the hot weather.