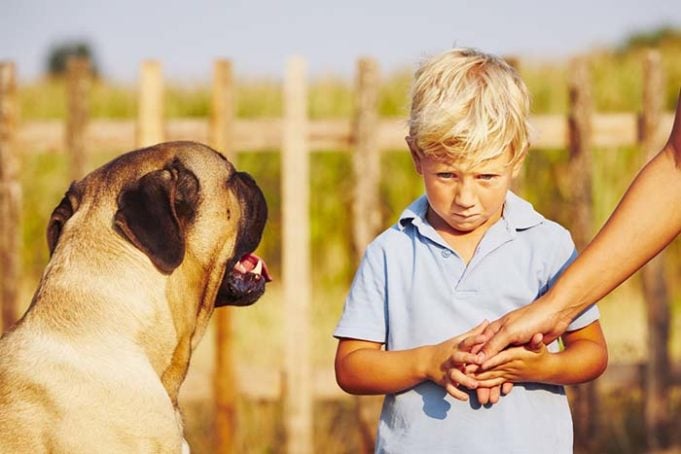 While children understand not to approach angry dogs, they risk their safety by being unaware that frightened dogs are very likely to bite as well.

This is one of the conclusions reached by Dr. Sarah Rose and Grace Aldridge of Staffordshire University. Fear aggression in dogs is a common problem which often forces pet owners to give up their companions, which is especially true in households with kids.

Dr. Rose says that according to U.K. statistics, young children are shown to be at the highest risk of being bitten by a dog. During 2013-2014, almost 1,200 children aged 10 and under were admitted into the hospital for dog bites.

Given that dogs' aggression is often a defensive response, anyone interacting with dogs needs to understand how to approach a frightened canine. This study examined whether or not children were able to accurately recognize the emotions of a dog they were approaching.

The researchers presented the results of this study at at the 2016 British Psychological Society's Developmental Psychology Section annual conference in Belfast.

RELATED: The Science Behind Aggression in Dogs 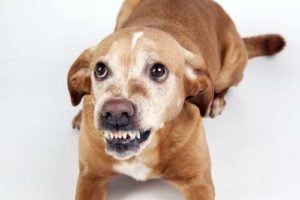 Each video clip was 6-11 seconds long, and the only auditory sound was the dog’s barking (this would mimic a real-life encounter).

For each video and image shown, two veterinary technicians and two laypeople all agreed on the emotion being shown in the dog.

Upon analysis, researchers concluded that the children identified happy, angry, and frightened dogs in these images and videos at an accuracy rate above the level of chance. But, they were better able to identify angry dogs more than they could identify happy or frightened dogs.

Children were less likely to approach angry dogs, but showed no difference in their desire to approach happy or frightened dogs.

According to Dr. Rose, young children are “relatively good” at accurately recognizing the emotions being displayed by dogs, but their understanding of safety around dogs is limited. This conclusion is drawn due to the fact that the kids only demonstrated caution with angry dogs, not frightened dogs. So, children aren’t aware that a frightened dog will bite just the same as an angry dog will bite.

It is Dr. Rose’s hope that these findings will assist in future dog bite prevention campaigns.

What You Can Do To Prevent Bites

Many dog bites in children occur due to lack of understanding. Kids cannot understand that pulling a dog’s ears or tail may hurt the animal and cause it to react. They also do not understand animal body language.

It is imperative that parents learn how to spot frightened behavior in dogs. Look for things like panting, pacing, whimpering, growling, tail placement, and posture. Then, teach these signs to your children and instruct them never to approach a dog.

In fact, it is safest to instruct children never to approach dogs at all. Dogs and children should be heavily supervised at all times, and the dog should make the first move toward contact. Parents should hire a dog trainer to come into the home a couple of times to show everyone best behaviors.

Every year, dogs are euthanized for biting children. Many of these bites are preventable. It is the duty of adults, parents, and dog owners alike to train everyone (including themselves) on the most polite and respectful ways to interact with our canine companions.

READ NEXT: The Ultimate Guide for Raising Kids with Dogs