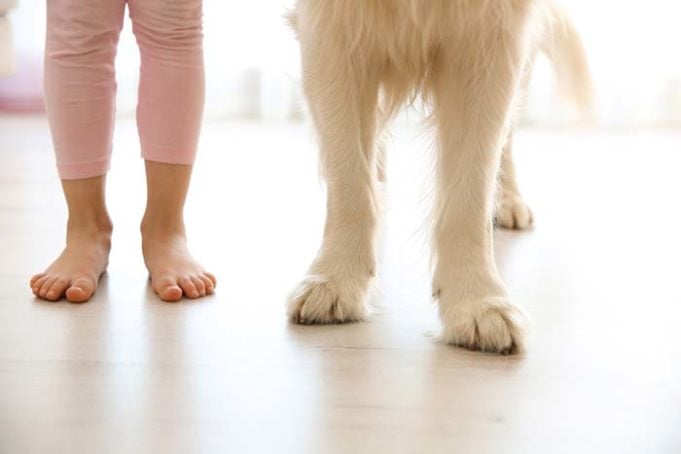 Research confirms how having a dog in the family with kids has many health benefits for children, particularly those with asthma.

Kids who grow up around dogs gain many benefits and learn responsibility early on. Having a pet teaches them the value of caring and providing for an animal that could become their longtime best friend.

But a study showed that there's an added benefit for children who grow up with a dog. Exposure to pets helps children develop a stronger immune system against diseases like asthma and allergies.

ALSO READ: 25 Benefits of Kids Growing Up with Pets [Infographic]

A study published in the JAMA Pediatrics journal showed the medical benefits of being around dogs in children as young as one. The kids apparently reduced their asthma risks by the time they reach six years old.

Experts from Sweden conducted the study among one million children in the national registry. They looked into the data of families who live with dogs and other farm animals, as well as analyzed medical records that included asthma treatments.

The data showed that children with pets lowered their risk of asthma by as much 15 percent compared to those who had no dogs in the house. Children who were around farm animals, especially in the first year of their life, also mitigated their asthma risks by as much as 52 percent.

It's not so clear to the experts how exposure to animals can help lower the risks of asthma, as further studies have to be undertaken to determine the specific links and effects. The presumption is that dog ownership allows children to spend more time outdoors, thus exposing themselves to dirt, dust and other allergens. 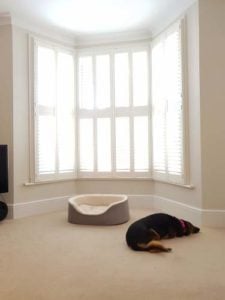 Children raised in an environment with dogs breathe a different air quality than those whose houses are pristine and clean. While there are more bacteria in homes with pets, certain microbes might, in fact, help children stave off and outgrow the asthma triggers. As much as asthma is a genetic condition, the environmental factors also impact the immune system's health.

A previous study (PDF) published in the Applied and Environmental Microbiology journal also came up with the same conclusions that dogs may help prevent asthma from worsening as the children grow older.

What these findings highlight, therefore, is that families shouldn't give up their dogs or be discouraged to get a puppy with the arrival of a new baby. It's a different matter, however, if there's an older child in the house who is already allergic to dogs. In this case, it won't be a good idea to bring a new pet home.

When A Child is Allergic to Dogs

A child who’s allergic to dogs might often have the sniffles, watery eyes and frequent sneezing. Some children, however, have more manageable allergic symptoms than others. If this applies to your family and you don't want to get rid of the dog, then you can apply certain strategies to reduce the allergic or asthmatic attacks, such as:

Consult with a pediatrician for help with asthma and allergy medications. Also, talk to a veterinarian who might be able to recommend ways to minimize pet shedding.

READ NEXT: Dogs and Kids – 17 Rules to Keep Them Safe