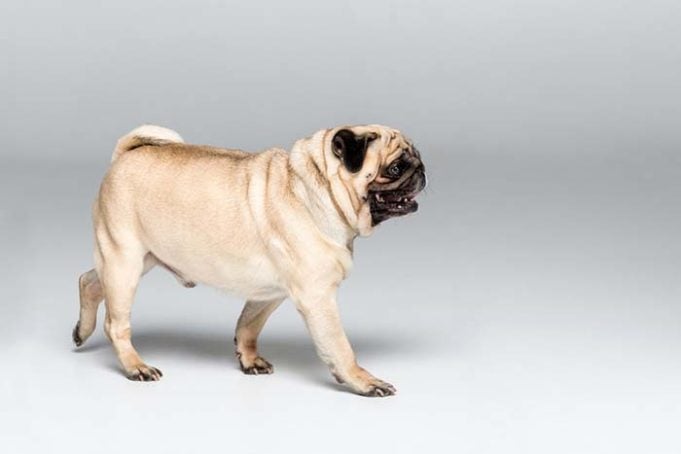 The new study has shown that the always adorable Pugs are extremely prone to a specific genetic condition that veterinarians previously weren't aware of. Pugs' abnormal gait may be a much more serious issue than previously thought.

After a quiz with 2374 Pug owners, Swedish scientists have found out that this specific neurological problem was way more common than it might seem at first. Abnormal gait issue includes a range of different conditions from limping, to the wearing of paws and skin, to ataxia and lameness.

This research comes to join the group of previous studies that reflect just how often Pugs suffer from orthopedic and neurological problems, most of which are unfortunately genetic. Just under 80% of respondents thought their dog's gait was normal.

The questionnaire that the scientists sent out had a 26% response rate, which means that 550 Pug owners took part. The owners who participated in the study sent in videos of their pooch walking on a leash filmed from a few different angles. This allowed for an expert analysis of the dog's gait and it revealed some telling inconsistencies.

For example, 78% of the owners who took part thought that their dog's gait had no issues. However, once their videos were analyzed by scientists, that number turned out to be significantly lower – at about 68%. This only goes to show that some owners may not be able to recognize the signs of an abnormal gait in their pugs.

Additionally, 4% of animals had gait problems less than a month, whereas for 16% it had gone on for over a month. Some pets presented gait abnormalities over several years.

Flat-Faced Breeds Suffer from A Range of Health Issues 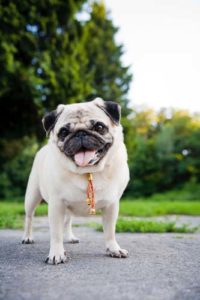 As cute as we find dogs with little squishy faces, unfortunately, their head shape makes it hard for them to stay healthy, and this isn't the first study to come to this conclusion. This new study has shown that brachycephalic breeds, such as Pugs and Bulldogs, also often suffer from breathing disorders and especially weight gain, which is a result of their irregular breathing patterns, directly related to the shape of their faces.

There is currently no known correlation between abnormal gait and weight gain; however, scientists agree that more research is needed in this area. Because they are often worried about breathing problems, owners can often underestimate weight gain.

The study found out that 47 owners said that their dogs had to be put down because of abnormal gait. Previous scientific literature hasn't taken such an interest in abnormal gait, however, these results show that the problem is more frequent and more serious than we'd thought before.

The majority of surveyed pet owners showed that nail and paw wearing was very prevalent in the findings. On the other hand, lameness, surprisingly, wasn't found to be a common factor. While the study didn't aim to strictly differentiate between the causes for abnormal gait, it did find that from its surveyed group, the causes were neurological rather than orthopedic.

This clearly shows that more research needs to be done in this area to try and find the cause of abnormal gait in pugs. The researchers believe that the Swedish petition for the right of brachycephalic breeds to breathe might have had an effect on the small number of responses they’ve received.

Even when working with a fairly limited sample size, the Swedish scientists have proven that gait abnormalities are a lot more common and a lot more dangerous for pugs than we'd initially thought. The study is a great foundation for more research in this area.

READ NEXT: 15 Dog Breeds That Have the Longest Lifespan