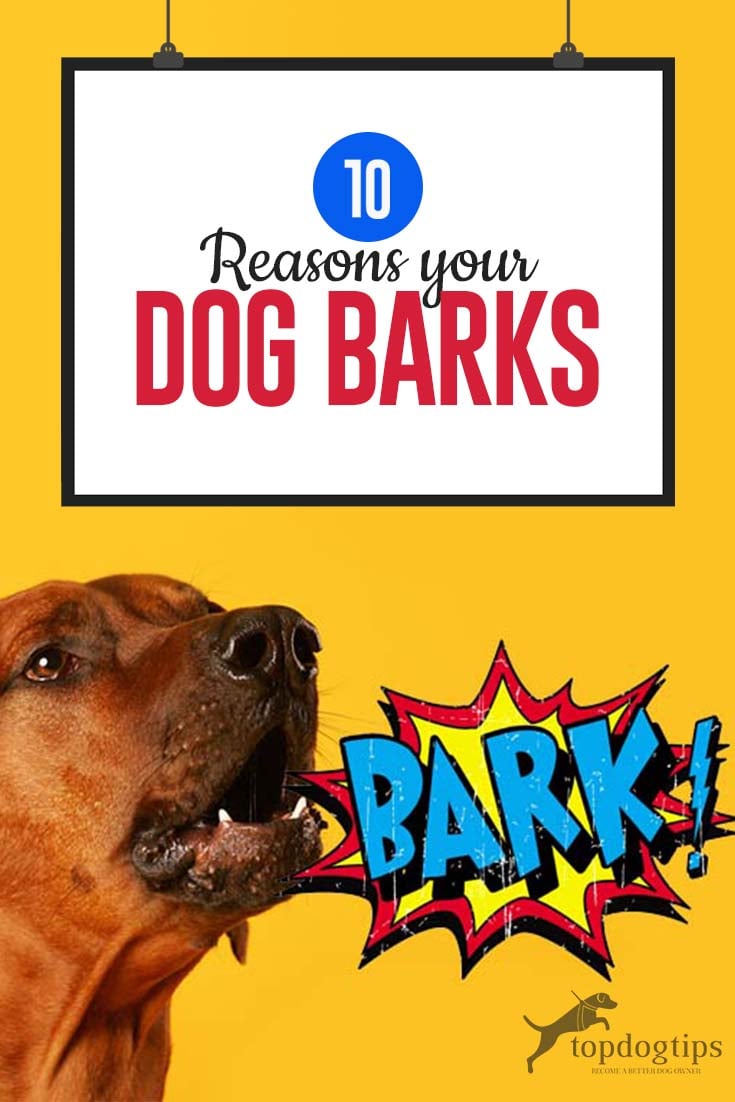 A dog barking is just as natural as a child learning to talk and as with any form of communication, it crops up for a variety of reasons. Some situations, however, elicit such excessive barks from the dogs that it might be irritating and disruptive.

To solve our dogs' excessive barking issue when it becomes a serious nuisance, we must first learn the triggers for said barking so that we can contain the dog and avoid complaints from the neighbors. Here are 10 reasons that can trigger your dog to bark:

1. We are responsible for the evolution of barking in dogs

Like any animal, dogs use their vocals to communicate. They bark when they want to interact with other dogs or with their humans. They bark even louder when they think that their message isn't getting across. And this our – humans' – fault.

Despite the popular opinion, studies show that dogs did not inherit barking from wolf ancestors. In wolfs, only young pups bark. After a series of studies from 2005 to 2010, researchers now propose that the reason modern dogs bark so much is because people's domestication of dogs evolved this practice over thousands of years.

“The direct or indirect human artificial selection process made the dog bark as we know.” – Csaba Molnar, ethologist at Hungary's Eotvos Lorand University.

Today, barking is forever ingrained in modern dogs' behavior. We cannot simply choose to take away the habit but we can do something about the excessive nuisance barking if we understand what the dog is “trying to say.”

2. The dog is excited you came home 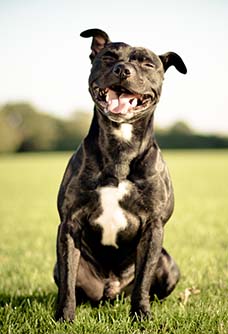 Said communication might be the primary reason dogs bark, but this practice is also for the dog to express emotional state. Does your dog elicit a high-pitched bark when you or a family member comes home? This is their way of showing excitement and glee, and sometimes their gesture may be accompanied by jumping, running or spinning.

Their excited barks can be quite hysterical that they may even harm themselves or break things they knock over because they are too excited. In fact, over-excitement in dogs who bark and especially wag their tail too much can result in Happy Tail Syndrome problem.

If your dog behaves in a way that seems like “too much,” don't try to reprimand or punish your pet. Instead, ignore your pup completely to allow the dog to calm down and stop barking before you stoop to give him a hug or pat on the head to let them know you're glad to be home and prefer a calm way of expression.

3. The dog is sending a warning

Dogs bark to warn you of something they sense around them. This is typically a short or single bark and you might observe the dog retreating from the scene. If the dog does not stop barking and keeps coming back or looking over, then that's your cue to check what could be out there and why it's bothering your pooch. The dog is barking to let you know about the threat so that you can deal with it too.

4. The dog is showing fear

Sometimes, dogs may bark due to fear. Barking is the least of your problems when it comes to fear aggression, however, since dogs can also growl and bite. When only barking out of fear, the sound is loud, penetrating and repetitive. It's usually the sound that dog owners tend to punish especially if the pet parents do not understand the trigger. However, the punishment will only worsen the barking problem.

According to canine behavior expert Patricia McConnell PhD, it will help to calm the dog by stroking, petting or giving him treats when he is fearful. It won't reinforce the barking if that's your worry. Instead, it will teach the dog to associate the hugs, pats, and treats with something good, which might help lessen the nerves.

5. The dog is guarding what's his 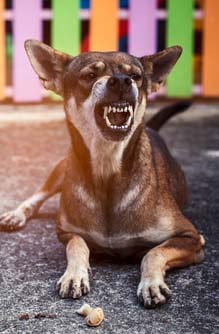 Dogs are territorial by nature. It's part of their survival skills so they bark and show their teeth when they need to guard what they value, such as food, bed or toys. However, resource guarding may become a serious issues, thus a pet dog also needs to be taught tolerance skills so that he won't feel the people around him as threats.

Guard barking may quickly become a dangerous problem if it's not handled well. If this happens to your dog, remove him from the situation or take away what he values. Only give the item when he has learned to calm down and behave. In more serious cases, you may need to employ the help of a canine behaviorist, especially if you have kids around.

6. The dog is frustrated due to boredom

A lack of mental stimulation presents a variety of behavioral problems in dogs, and barking is just one of them. A frustrated bark is usually static, repetitive and might never seem to end. The dog may also howl and show behaviors like chewing, licking or digging. These are self-calming behaviors that the dog does when his energy is not dispensed. This means that the dog needs something to do since he's bored.

To end frustration barking that's due to boredom, you have to make sure that your dog gets enough exercise or play time. He also needs his mental stimulation, so a walk in the park would be very good for him as well as interactive dog toys that are specifically designed to stimulate the dog's brain.

7. The dog wants your attention

Does your dog bark while looking at you when you're having a snack or eating at the dining table? Does he bark to let you know that he wants to be outside? Dogs are attention seekers and will demand something from you first through pawing and physical contact, then silent whining and eventually through barking.

This is not an appropriate form of communication for the dog, so you have to teach your pup not to use barking to attract attention. One way to do this is to ignore the dog, and not respond to the dog's demands or fall for their tricks and looks.

8. The dog is experiencing separation anxiety 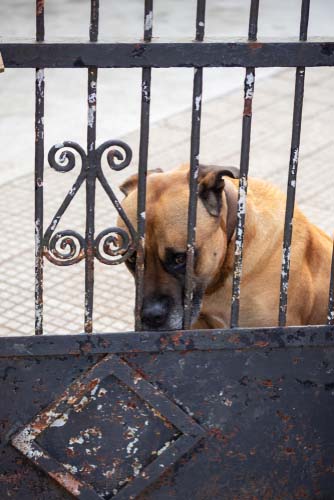 Does your dog yip and whine when he's left alone downstairs or inside his crate? A dog may bark as a way to deal with separation anxiety. He whimpers to show his displeasure and this usually makes his owner come back to check on him. Doing so reinforces such behavior and teaches the dog that barking will get him out of the crate.

You can counter this behavior by helping the dog associate being alone with something good. If you need to leave the dog, give him a special toy or special food specifically for this purpose. This will keep him occupied for a few minutes so he won't realize that you're away. If you're crate training a dog, you must do so gradually and methodically.

9. The dog is feeling sick or is injured

Dogs bark, whimper, growl or howl when they are not feeling well and in the absence of any visible injuries, it's best to take the dog to the vet right away if whimpering or barking for no reason and won't stop. Just be careful when you have to carry him since he might have tender physical injuries that could worsen with the slightest movement.

10. The dog is responding to the noise

You've seen dogs (and wolves) howl when prompted by other howling or even specific music. This practice is in their genes. But dogs also respond to many other sounds or noises around them which could be anything from a ring on the doorbell, the sound of the television or radio, a car driving by your house, or the sound of the ambulance sirens.

This is completely a natural behavior for canines and the bark is usually high-pitched. Sometimes, you just have to let the dog respond. If this happens too often, it's time to employ behavioral training and reinforcement.

It's important to watch out for other cues from your dog when he's excessively barking. Observe your pet's body language, his tail, his eyes, and ears so that you can properly understand what he's trying to say with his barks.

READ NEXT: How to Get a Puppy to Stop Barking – A Video Guide