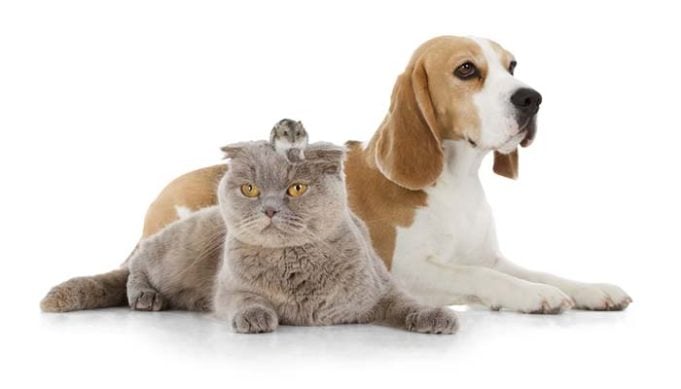 A recent scientific study has reached a surprising conclusion – pairing dogs and cats in a household effectively keeps rodents away.

The phrase “fighting like cats and dogs” comes from the popular notion that dogs and cats do not get along. Because of this, many pet owners tend to either have cats or dogs, but not both.

But science has surprised us by finding out that the unlikely duo is effective in the homeowner’s fight against rats and mice.

The study was conducted by the University of Florida’s Institute of Food and Agricultural Sciences (UF/IFAS). Robert McCleery, associate professor of wildlife ecology and conservation at UF/IFAS, worked with an international team of researchers to make the discovery.

McCleery and his team found that dogs and cats by themselves are not effective in ridding a farm or building of rodents. But when both species exist on a given property, rodents do not coexist.

RELATED: How to Introduce a Dog to a Cat (step-by-step)

What Makes Rodents So Pesky?

This news is great for farmers who experience serious problems when rodents eat their crops, and homeowners experiencing annoying issues and the spread of zoonotic disease (such as Leptospirosis). Zoonotic diseases are those which can be spread between animals and humans.

McCleery wanted to clarify that not all rodents are pests. Scientists consider rodents such as squirrels, cotton rats, and beavers helpful to the environment. This study looked at those which are generally considered destructive to the environment – those who eat crops and usually are not native to the areas they are found.

Pairing cats and dogs as household pets may effectively reduce both food damage and disease transmission. This would also lead to the added bonus of saving money (or at least not losing money) on medical expenses and crop loss.

The results of this study are published in the online journal PLOS ONE.

The experiments were conducted in villages in Swaziland, but McCleery stated that their findings apply globally.

In addition to gauging populations, researchers also studied the fear factor in the rodents. The wanted to know whether the rodents were more afraid to forage when both dogs and cats were found on the property.

What the Results Mean for Us

Scientists aren’t sure why and how the combination of cats and dogs deters rodents so effectively. Cats of course eat rodents, and are therefore their natural predator. But researchers aren’t sure what it is about adding dogs to the mix that deters them even further.

This is great news for property owners. It just may cost less money to keep cats and dogs, compared to the costs incurred by treating costly medical diseases or making up for lost crops. Homeowners may also be able to avoid having to set up (and clean up) rodent traps. For those of us with bleeding hearts, the avoidance of causing harm to pesky rodents is also a huge plus.

READ NEXT: 13 Best Dogs for Cats – Which Dog Breeds Get Along with Cats?