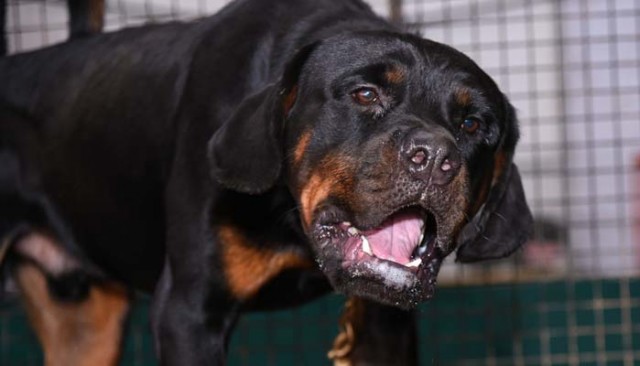 Thousands of dogs are saved from shelters all over the world every single day. It is where a person finds their new best friend and where the dog is able to find their new forever home.

Unfortunately, a man named Anthony Riggs from Tennessee chose the wrong dog to adopt from a shelter. This is difficult to believe, but he adopted a Rottweiler that ended up killing him hours later.

Can we take a second to think about this? Imagine yourself going to a rescue shelter ready to save a life of an animal, find the dog that you think is meant just for you, and then out of nowhere, the dog attacks you. You are home alone, your phone is across the room, and you can’t get away. There is nothing you can do.

It's terrifying, and it's sad.

RELATED: 4 Most Scary Dogs According to Statistics

How did the dog kill his new owner?

According to the shelter, they didn’t see any type of aggression from the dog while he was with them; they believed he was safe to adopt by a new owner.

This canine had been found five days earlier just roaming the streets. Obviously, since the dog was a stray animal, there was no known vaccination history.

Through the five days and countless people he interacted with, he hadn’t bitten anyone. Officials “by no means would adopt an animal out that showed any signs of aggression,” says the source.

Tennessee law requires stray dogs to only be held for three days, given food and water, but does not require them to be examined or tested for any type of disease or illness.

“It's just one of those tragic stories that we want to encourage people to adopt pets, but then you have a situation like this that occurs, and it’s just mind-boggling. It's disheartening.”

My thoughts are with this man’s family. Losing someone is something nobody wants to experience, and this time the horrific accident happened just as the holidays are coming.

Riggs’ ex-wife said, “He never hesitated to be with dogs. Sometimes he related to dogs better than to people.”

She questioned why the dog had been up for adoption. “A docile dog does not turn in three hours and kill somebody,” she said. “Something was wrong.”

Something was definitely wrong.

RELATED: How to Tell What Breed Is My Dog

When Riggs’ wife and a co-worker of her stopped by the house, they found Riggs unresponsive on the floor. The dog bit both the wife and the co-worker without any warning signs; the dog didn’t growl or show teeth before biting.

Teresa Sanchez, the co-worker, said that the dog “just bit us like he did it all the time or something.”

According to Mapes, the Madison County Sheriff's Dept. spokesman said:

“The husband was all chewed up. There was blood everywhere. The sheriff’s report said Riggs was found ‘mortally wounded on the floor from the dog attack.’”

Many people believe shelters should, at the very least, adopt the protocol of performing temperament tests. This will allow a basic assessment of the dog to see how they interact with people, different situations, what their triggers are, and generally would protect the public.

Understandably, when sheriff’s deputies arrived at the scene and the dog ran out of the house, the dog was shot. They were afraid the canine would attack more people who had gathered outside.

While the dog showed no signs of aggression before, this animal is being sent off for autopsy. They will test for diseases, recent abuse, and rabies to find the reasons as to why he attacked his new owner.

If you are ever attacked by a dog, try to stay on your feet, use your arm to protect your face. If you are a bystander trying to help, try to approach the scene calmly and try to make a slip leash around the dogs head/neck and pull tight—if the dog can’t breathe, they can’t bite. This will force the dog to release the victim allowing them to get to safety.

The Latest Invisible Fence Technology is Available Throughout Canada