Home Dog Breeds 4 Most Scary Dogs According to Statistics 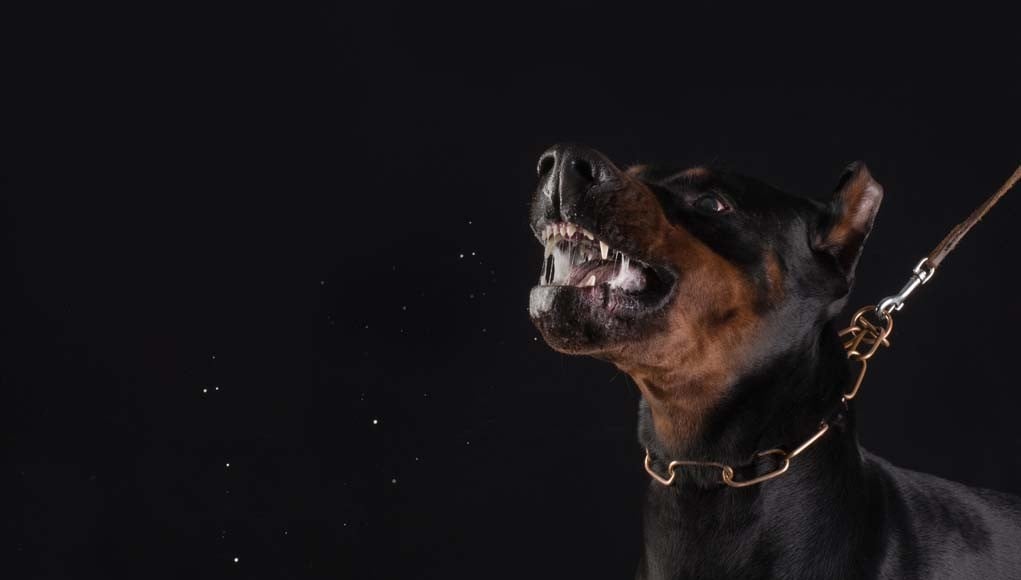 As owners we have a duty to provide traditionally aggressive dogs with the attention and love necessary to mitigate their aggression. However, even a diligent training regime can sometimes prove fruitless.

It is important to recognize that some breeds, regardless of their formative years, tend to behave more aggressively toward humans and other dogs. A lack of change in your dog’s behavior is no reason to give up.

In all cases, research is critical when adopting and owning a dog with an aggressive nature. Since you’re reading this right now, you are taking the right steps! When conducting your investigation, take the noise with a grain of salt. Social media has given us insight to both ends of the aggressive dog spectrum.

Opposing advocate groups have presented arguments both for, and against, policies surrounding traditionally aggressive dogs. The most extreme of these conflicts involving an aggressive breed end up on the news or on social media; this has led to both sides vigorously defending their position time and time again.

The short list of most scary dogs that are also often labeled as aggressive breeds is oft discussed and pondered. Ask someone on the street which breed they would associate with being the most dangerous and you will likely hear some combination of the same four or five breeds.

RELATED: How to deal with dog aggression without training collars?

In this list of top most scary dogs, we will take a look at four of the most commonly discussed canine culprits. It is important to consider the implications of owning a naturally aggressive dog specific to their breed.

4 Most Scary Dogs According to Statistics: Dangerous And Aggressive Dog Breeds

The below list of most scary dogs is focused on those breeds that are prevalent in the US. We're also starting with the most known suspect for these lists, as expected. However, bare in mind that a lot of this is perception, and it doesn't mean that all these dog breeds are actually dangerous to people or unsuitable for adoption. In the end, it all comes down to their owners and how dogs have been raised and trained.

The most notorious and widely discussed dangerous dog, Pit Bulls can be found on any list of most scary dogs. They have had their fair share of criticism over the years, and not without reason.

Pits have a long history of aggression toward humans and dogs alike. No other dog has been involved in more dangerous incidents over the past decade than Pit Bulls, and the data is there to back this up.

From the above linked CDC study: 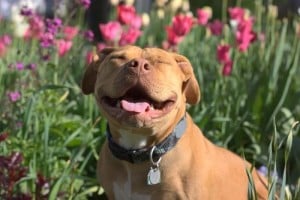 Due to a long history of breeding and training for sport, Pit Bulls are generally strong and powerful dogs. They develop muscles at an accelerated rate and enjoy using them in the form of playing and, yes, this sometimes means physical contact.

Prospective owners should consider the implications of owning a pit based on their lifestyle, home environment, and those who live around them. It is important to contact your local Homeowner’s Association to ensure they are not outlawed in your community.

RELATED: How to Train Your Pit Bull

Due diligence is especially key when owning a Pit. Plenty of exercise and obedience training are paramount with this dog breed. They are willing and capable learners, thus training and ample play time are excellent ways for them to channel their energy. Coupled with an intelligent sensibility, Pits can make for wonderfully obedient companions that will never pose any danger to their owners or the community.

Following the numbers of the above linked CDC study, Rottweilers are easily second on the list of most scary dogs. With a powerful jaw and imposing set of teeth, the Rottweiler certainly merits discussion as the most intimidating dog breed.

There was a time when they were considered to be the most dangerous dog in the world, especially following several attacks on small children in the mid-1990’s.

Rottweilers are also the second most shot dog (10%) by police officers, according to a police report in NY Times from 2008:

“When they fire at dogs, roughly 55 percent of shots hit home. Most of their targets are pit bulls, with a smattering of Rottweilers and German shepherds.” 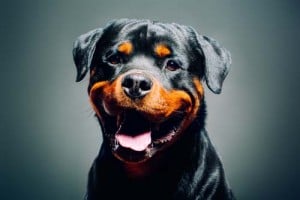 Recent history has proven that Rotts can be both gentle and sociable. However, their docile mentality can be misleading; if they feel threatened or that their family is in danger, Rotts will assert themselves. This, coupled with an impressive build, can be worrisome for parents of school-age children or owners of small dogs.

Rotts need socialization early and often during their formative years. As former work dogs, they have a natural ability to obey and behave around unfamiliar dogs given proper direction. Providing them with an obedient foundation at a young age can ensure a Rott will remain compassionate around all dogs and humans.

Avid fans of the long-running Fox show “Cops” are used to seeing Dobermans bearing down on criminals or sniffing out contraband. Due to their athletic build and intelligence, they make the ideal partner in carrying out police work.

Originally hailing from Germany, Dobies are extremely loyal and brave companions, which is why most would find it odd to see this breed on a most scary dogs list. However, just as their alert and watchful tendencies can provide families with an able guardian, they can be just as dangerous to strangers when not trained properly. Moreover, their intimidating physique is enough to deter even the most fearless would-be intruders. 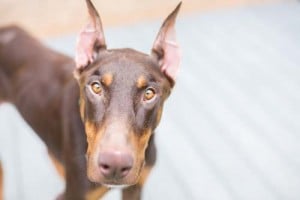 Due to their high energy, Dobies do need engaging physical activity every day. They are not likely to enjoy sitting on the side line and would sooner enjoy some outdoor action. They are highly sensitive to sounds and smells, further underscoring their need to get out of the house and explore lest they grow restless and apathetic about their learning.

They also possess a high level of intelligence. Dobermans need to be challenged on a mental level in addition to their physical activities to ensure healthy development and prevent aggressiveness. They have proven in recent decades that their magnificent physique is complemented by a gentle disposition if given the correct amount of attention and activity.

German Shepards are athletic, strong, and have a light bone structure which makes them extremely agile. While they are generally loyal to their humans, they can be averse to strangers. Dangerous encounters with humans and other dogs have given them a reputation as an aggressive dog, and a place on most scary dogs lists.

Over time studies have identified German Shepherds as having the strongest dog bite of any breed. If that weren’t enough, Sheps who aren’t well socialized are prone to biting in frequency, especially around small dogs. One-off incidents involving small children have also given this breed a bad reputation. 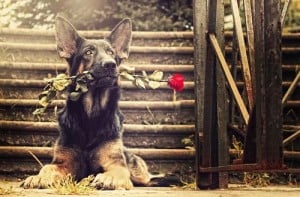 Despite this, German Shepherds are also highly intelligent and trainable. Over time they have proven to be adaptable to high intensity situations as in police or military work. They are also commonly used as seeing eye dogs, showcasing their ability to be both gentle and decisive.

Only four dog breeds complete our list of most scary dogs according to statistics. Numbers for other breeds are too small to make any valid arguments against them.

At the end of the day, these most aggressive and dangerous dogs have seen their share of scrutiny over the years. The reality is that these canines tend to be more intuitive, which can lead to their aggression. A long history of hunting and tactful work alongside humans have given these breeds a stronger sense of situational awareness. 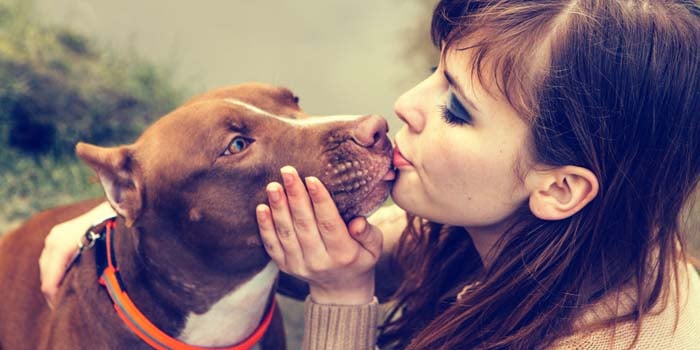 Sometimes, if they don’t understand what is happening around them or feel threatened, these feelings manifest in the form of physical altercation. While the idea of this might scare prospective owners, such people should not be dissuaded. With systematic training, unconditional love, and a bit of patience, owners can form a lasting and loving partnership with a traditionally aggressive dog.