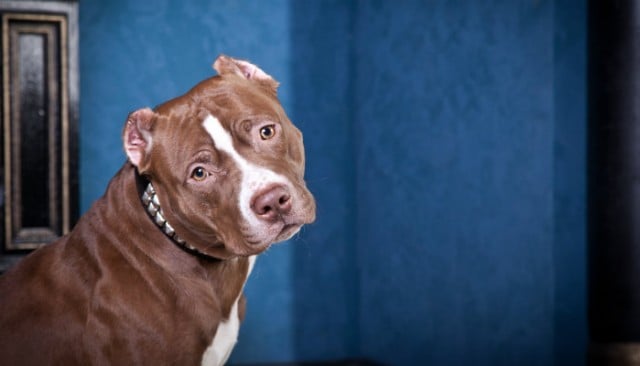 Recently, yet another Pit Bull has been shot to death for allegedly no reason other than it was a Pit Bull Terrier mix breed. With so many cases of breed discrimination and similar headlines hitting the news on a regular basis, this is hardly a surprise to most dog lovers.

You can watch the video of a Pit Bull being shot below.

For the backstory, this is a what happened according to original sources. A police officer in Florida noticed that a family had left a car door open and went up to the house to let them know. The officer knocked on the family's house front door and as the owner opened the door, their pit bull terrier mix ran out towards the officer.

At that moment, the officer immediately pulled out his gun and shot the dog 3 times in the head without hesitation. The incident was caught on the family's CCTV camera and shows the dog being shot.

Watch the video of a police officer shooting a dog

This immediately poses a question for the rest of us: was the police officer's reaction justified? Is it understandable?

Does this have to do anything with pit bull breed discrimination, or is it a result of poor police training?

Pit bull type dogs have earned a bad reputation over the years, we all know that. However, some of us also know that the majority of these dogs are not dangerous if raised and treated correctly.

The dog's owner, Gillian Palacios, said that the canine was not aggressive at all. The video footage shows the dog running towards the officer but it isn't really clear whether it was approaching him in a friendly way or whether it was charging him.

The dog, Duchess, had been rescued recently from a dog shelter. A member of staff at the shelter described this pet as being very friendly and docile. Palacio said:

“She was curious. She wasn't barking. She wasn't growling. There was no reason for him to think she was aggressive in any way.”

It must be said that the dog really should have been secured, perhaps in another room, before the door was opened. Not everyone likes dogs or understands them. This is the big mistake on the dog owner's part. 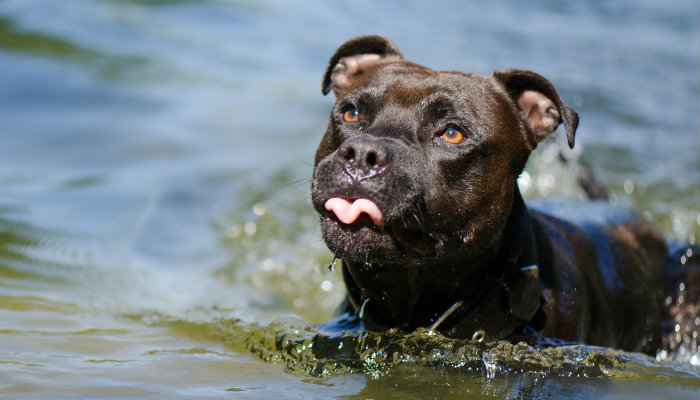 With that being said, however, I would imagine that police officers would be trained in basic animal body language and behavior. This is a tough question to debate on.

So when should a police officer have a legitimate right to shoot a dog then?

Perceived threat. That is one of the reasons that can be applied to this case. Rightly or wrongly, the police officers will feel they are in danger. Owners can avoid this by keeping the dog under control.

Real threat. Some dogs are trained as weapons. The animal may be attacking a member of the public or the police officer.

Unleashed dog. An officer without adequate training in dog behavior could become nervous, especially if the dog is a dangerous breed.

Dog being protective. Companion dogs will often act protectively by barking or charging the officer. 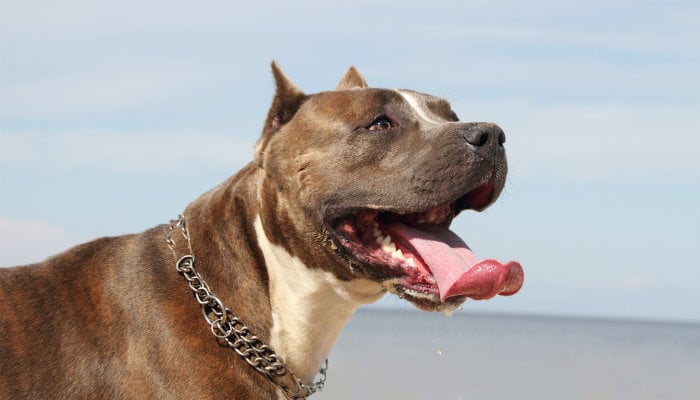 The problem could be that the police officers do not seem to receive much, if any, dog behavior training. They rely on Animal Control if they encounter a problem with an aggressive dog.

A pdf document titled The Problem of Dog-Related Incidents and Encounters states that, “There is no documented case of a Police Officer dying as the result of a dog-bite-related injury.”

If the above is correct, there is a strong argument for police officers to use non-lethal alternatives to deal with dogs instead of using a firearm.

The document also lists the following among a list of Factors Contributing to Dog-Related Incidents and Encounters:

I think it is time our officers were trained in basic dog behavior.

What are your thoughts?