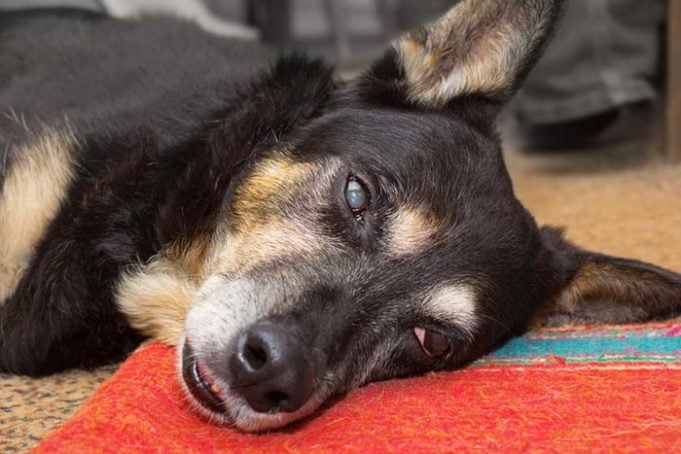 Scientists have discovered the gene responsible for a common type of epilepsy in dogs. Now, steps toward treatment and preventative breeding are possible.

Epilepsy in dogs is a very common condition, and to this day, there were no clear and effective treatments for it. Until recently, when a new study finally discovered the cause of epilepsy in dogs, and thereby proposes several ways to treat epileptic dogs.

As a result of this new research, a genetic test has been developed for use by both veterinarians and breeders. So by identifying this gene, not only can dogs be more quickly diagnosed with epileptic seizure disorder and get a more effective treatment, but breeders can work to potentially eradicate epilepsy in dogs altogether.

What is Myoclonic Epilepsy? 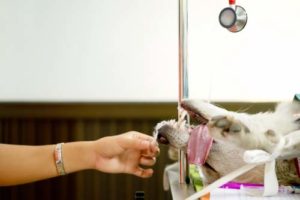 Epilepsy in dogs is similar to that of humans. It's a condition in which the affected dog experiences recurring, unprovoked seizures.

Usually, epileptic seizures in dogs are provoked by flashing lights or sudden sights or sounds which startle the dog.

When seizing, dogs will exhibit alarming symptoms such as sudden jerking movements of the head or limbs, high-pitched vocalizations, and uncontrolled movement of certain muscle groups.

The disorder generally develops at a young age (approximately 6 months).

Treatment for more severe cases generally involves antiepileptic medications such as phenobarbital or potassium bromide. These medications treat epileptic seizures in dogs, but may cause liver damage over time.

Beagles are particularly resistant to pharmaceutical treatments of dog epilepsy. This and may other breeds need a prevention from epileptic episodes more than a cure.

The University of Helsinki study looked at more than 600 Rhodesian Ridgeback dogs and approximately 1,000 epileptic dogs of other breeds. Researchers made a point to note that dogs didn't need to be sedated or experience any suffering during the experiment.

Wires were hooked up to the dogs’ back which transmitted data straight to computers. Dogs were free to move around and be comfortable while researchers collected data.

After collecting all this data, researchers determined that the gene responsible for this disorder appears to be the so-called DIRAS1 gene. Scientist Riika Sarviaho, MSc says this defect appears to be specific to the Ridgebacks.

According to Franziska Wieländer, DVM from LMU Munich, about 15 percent of Ridgebacks carry the DIRAS1 mutation, and dogs all over the rest of the world are affected as well.

The DIRAS1 gene hasn't been linked to any neurological disease before this study.

What this Discovery Means

Because canine myoclonic epilepsy resembles human juvenile myoclonic syndrome in many ways, this research is significant to both canines and humans for developing future epilepsy treatments, cures, and preventative methods.

By identifying this gene, scientists can work to effectively treat myoclonic epilepsy in both dogs and people, as well as potentially prevent epilepsy in the first place.

In addition, veterinarians can more quickly and accurately diagnose this disorder, and dog breeders can avoid the gene while breeding which means they can effectively prevent this disorder from occurring altogether in the future in any dogs.

READ NEXT: Finally – A New Cancer Drug That Increases Survival in Dogs