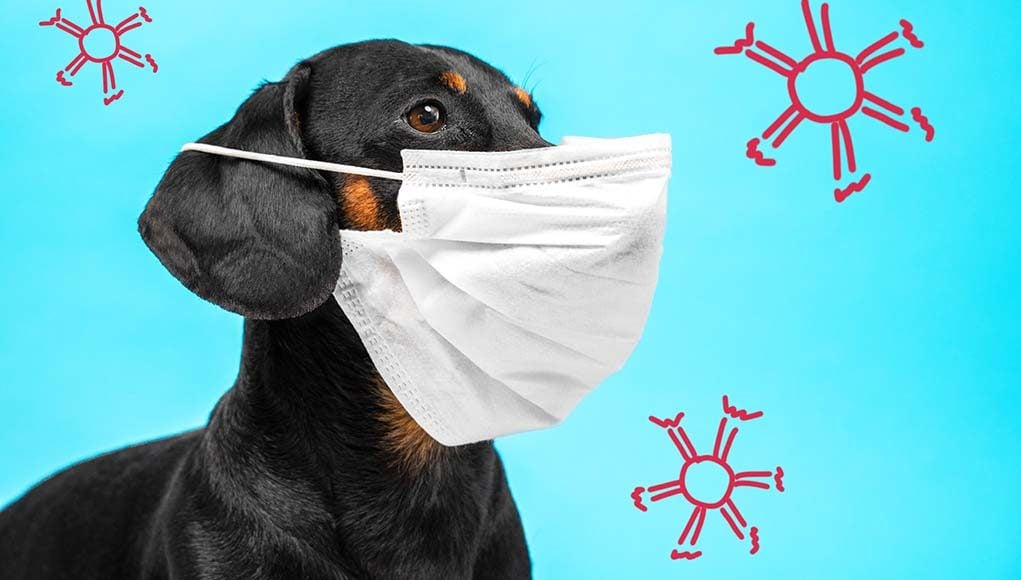 The most dangerous causative agents carried by viruses do not always cause the most common diseases in dogs. However, once such an infection occurs, it can often be fatal for most dogs. To better study every type of virus in dogs, many studies looked at their groups and compared them to each other.

Luckily, nowadays, vaccines can prevent majority of severe canine viral infections, which is why core vaccines are often mandatory. The most dangerous viruses in dogs can affect their different organs and are, therefore, divided into several groups. Below are 11 most common types, listed in their separate categories. 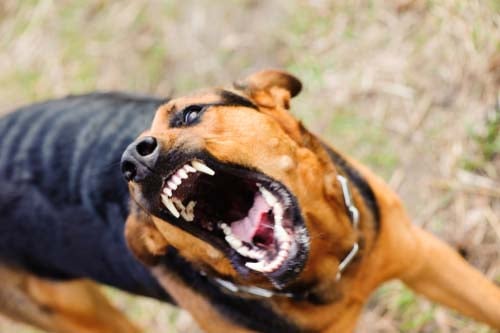 In some cultures, rabies infection is known as a demonic disease because of its demonic-like and horrible symptoms, then immediate death without the possibility of recovery. The core rabies vaccine prevents this infection entirely, and many local and state governments in the US require regular vaccination of dogs against rabies.

The way of spreading the rabies virus in dogs is through saliva. It includes an infection through a bite from an infected canine and a skin wound. Most common carriers of the rabies virus is wildlife (feral cats, skunks, foxes, prairie dogs, and raccoons), bats, and unvaccinated dogs, especially hunting dogs.

Since the rabies virus goes along the nerve trunk to the dog's brain, clinical stages of the infection include:

Prodromal form – The main symptoms include severe pruritis at the site of the bite, anxiety, and behavior changes. Paralysis occurs after one to three days, and the dog dies within ten days after the first visible signs of infection appear.

Furious form – This variation of the disease includes a dog's aimless wandering, convulsions, and excessive salivation. The dog will show signs of irritability, voice altered, and excitement. Then, depraved appetite, hydrophobia, ataxia, and muscle paralysis will occur before death. Biting other animals, objects, and people is well-known as a mad-dog syndrome, which mostly occurs in infected dogs and foxes.

Paralytic form – It is the most common form of rabies disease. The primary symptoms include lethargy, dysphagia, muscular tremors, and terminal paralysis.

It is not too difficult to make a diagnosis of rabies in dogs after immunoperoxidase staining, through finding fluorescent antibodies and RT-PCR (reverse transcriptase-polymerase chain reaction) of a dog's brain tissue.

Pseudorabies in dogs is an infection that is rarely seen and it primarily occurs in swine. In very rare cases, it was observed that it can affect dogs, mostly when the dog has had a direct contact with the infected pig or ate infected pork.

The most severe symptom of this sporadic virus in dogs is acute, fatal encephalitis followed by changes in the animal's behavior, pruritus, anorexia, and paralysis. After falling into a coma, the dog will die within 48 hours after the first signs of infection appear. 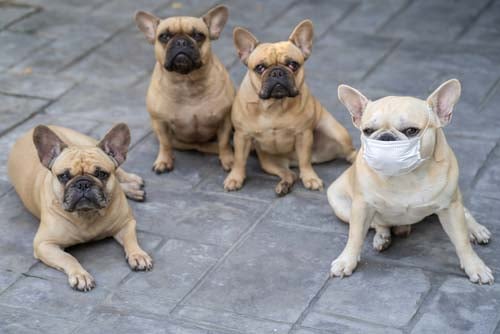 Caused by the canine influenza virus (also known as dog flu), this relatively new infection is spread by respiratory secretions. On contaminated items, the virus in dogs can survive approximately two hours on paws and 48 hours on a variety of surfaces. New studies also show it can infect people.

The main issue is that the dog can spread the canine influenza virus before showing any signs of illness. The common symptoms include fever, coughing, and a runny nose. Vaccine exists for this virus but unfortunately, the current state of canine influenza vaccines is not recommended for every dog and vet's recommendation is needed.

It is not rare to isolate this virus in dogs. Since the parainfluenza virus affects the epithelium of a dog's respiratory tract, the main characteristic of this disease is the occurrence of acute dry cough and tonsillitis in canines.

If not cured quickly and adequately, secondary bacterial infection may occur, which will lead to a more severe form of the disease in dogs with more serious symptoms.

It is a common disease that occurs in dogs kept in shelters and kennels which often combine the infestation of viruses and bacteria. Since kennel cough is very contagious, your dog can quickly become infected after contact with the other ill animals.

The only symptoms that are persistent include dry and harsh cough, and a snotty nose. The existing vaccine is useful and will prevent it, but not recommended for every single dog. Luckily, the infection usually lasts up to two weeks and will go away unless further complications, such as severe pneumonia, occur.

The type 2 adenovirus is a disease of puppies primarily. It affects young dogs that have lost their maternal antibody protection, as well as unvaccinated dogs. The infection is unpredictable and can pass after mild symptoms or cause fatal bronchopneumonia.

Clinical signs of this virus in dogs are very general and may include fever, dry cough, lethargy, and tracheobronchitis with mycoplasmas. Without secondary bacterial infections, recovery usually is expected within 10 to 15 days. 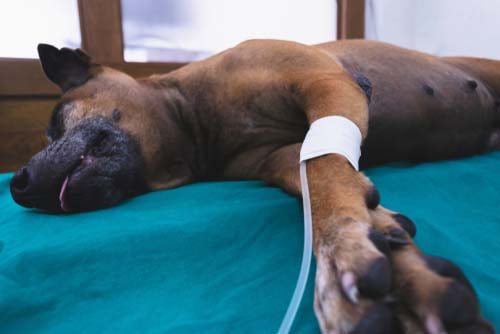 The canine parvovirus type 2 causes parvo, one of the most severe, often fatal viral infections in dogs, primarily young ones. This highly contagious virus in dogs is spread mainly by direct contact between canines. Other ways of transmission are contaminated stool, leashes, equipment, and people, who can spread it by their hands.

It causes problems in a dog's gastrointestinal system, followed by fever, dehydration, bloody diarrhea, vomiting, and lack of appetite. Luckily, timely vaccination has been shown to effectively protect dogs from parvo.

Since the virus can survive in the environment for approximately two months, it is recommended to clean the area where the dog lives, particularly using sodium hypochlorite or peroxide compounds.

A different and less common classification of parvo, the canine parvovirus type 1 causes respiratory infections in puppies with a fatal outcome. Clinical signs include anorexia, dyspnea, vomiting, and dullness. 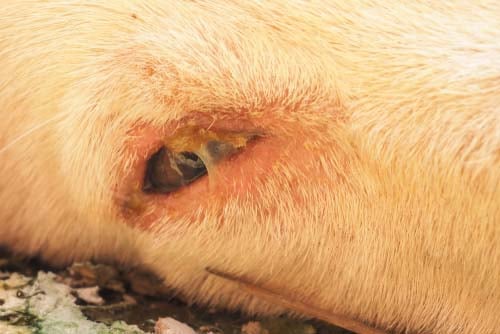 This contagious dog virus can survive in the air and infect the dog in direct contact from the respiratory secretions of the infected animals. The common symptoms of this fatal infection are fever, coughing, seizures, nasal discharge, runny eyes, diarrhea, vomiting, lack of appetite, and paralysis.

In 2011, researchers described a new strain of this virus after an increased number of cases of infected dogs worldwide. Luckily, a core vaccine for canine distemper virus is very effective at protecting dogs and is essential in many countries.

Canine herpesvirus disease, primarily affecting puppies, is highly contagious and often fatal. It occurs in newborn dogs under three weeks of age, even though maternal antibodies protect most of them. The carriers of the virus are adult dogs, and most puppies get infected transplacentally.

The main symptoms include hemorrhages and disseminated necrosis of a puppy's kidneys, lungs, and liver. In most cases, abdominal pain, diarrhea, dyspnea, and anorexia are the most prominent symptoms. In female dogs, the virus usually causes infertility, vaginitis, and abortion.

In particularly severe cases, the dog can develop CNS signs such as seizures, disorientation, and terminal coma. Fortunately, vaccines exist and are very effective; therefore, this infection is rare in dogs, especially in regions where vets carry out routine immunization or were vaccination is required by law.