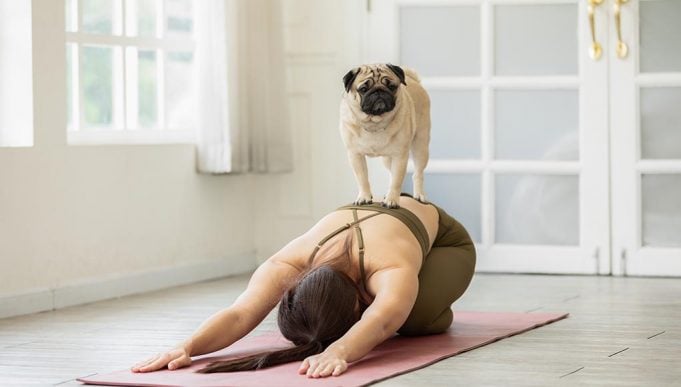 Considering the fact that there are almost 50 different countries on the continent, it should be no surprise that Asia is where so many different dog breeds originated. Many studies even indicate that Asia is where dogs were originally domesticated over 30,000 years ago. The most popular dog breeds are popular for a reason, having spread across the continent to other parts of the world, where dog lovers still appreciate the traits that made them so popular.

There are hundreds of dog breeds that originated somewhere in Asia, but the list mentioned here represents those that are most popular. Read on for some dog breeds that you may already be aware of and some that you may have never heard of. Nonetheless, all of these Asian dog breeds make great pets for the right family. 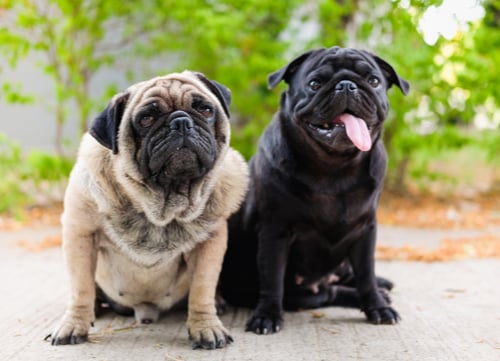 With their wrinkly flat face and eyes set wide apart, Pugs have an easily recognizable look much loved by pet owners. Pugs have a playful disposition and are easy-going. They get along with most people, children and other pets. They’re small, but muscular, and their short coat comes in one of three colors: silver, apricot-fawn or all black. All Pugs have a black “face mask.” They’re ideal house dogs and suited for apartment life as well. 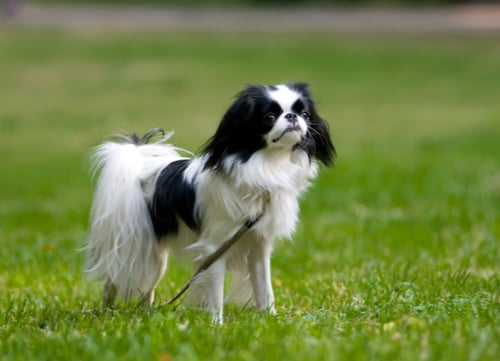 The Japanese Chin looks similar to the Pug in its face. However, its body is more petite than a pug, and it has long hair. They’re cuddly lap dogs that do well for apartment dwellers. Despite their long coat, they’re not very high maintenance since their straight hair rarely gets matted, although they could benefit from a weekly brushing. Due to their small size, they would do best in a home without young kids who may accidentally hurt them. 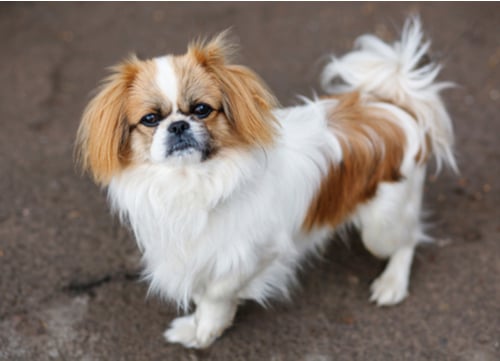 Pekingese dogs are easy to mistake for the Japanese Chin, but their coat is longer, reaching all the way to the floor. Since their coat is so long, it looks like the dogs float when they walk. Like the Japanese Chin, Pekingese are toy breeds, but they’re more stocky than petite. They’re very alert and make good watchdogs, but won’t tolerate roughhousing like larger dogs might. 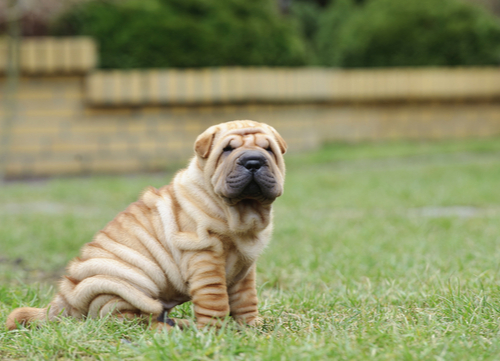 Also known as “wrinkle dogs,” Shar Peis have a bristly brown coat and several folds of skin that make them adorable pets. They’re a medium-sized breed with a wide muzzle, small ears and small eyes that make Shar Peis look like they’re frowning. They’re fiercely loyal and protective, so they need early socialization and training in order to learn what behavior is expected of them around other people and dogs. 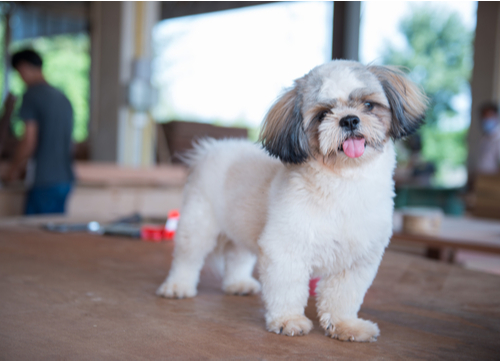 When looking at the adorable, innocent-looking Shih Tzu, it is hard to believe they were bred to be miniature replicas of lions, which are Buddhist symbols. They’re very affectionate and love children, making them great family dogs. Their coat may come in a variety of colors, often mixed with splashes of white. Shih Tzus can be groomed in a variety of ways. However, their iconic look has them with a single ponytail on the top of their head, with flowing “hair” that can grow quite long without regular trimming. 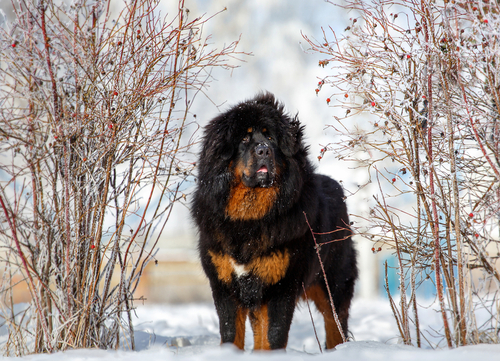 Tibetan Mastiffs were originally used to guard livestock in Tibet, and they still make great watchdogs. This is perhaps due to their massive size. While much of their large appearance comes from their big fluffy coat, they can weigh about 100 lbs. Tibetan Mastiffs need lots of room to roam and exercise, making them better suited for country life than city life. They can make loyal family dogs but should be socialized early to avoid any negative interactions with strangers or other dogs. 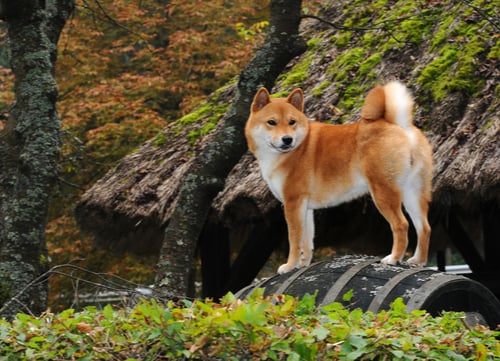 Shiba Inus were used in Japan as hunting dogs, dating back to 300 B.C. They’re handsome medium-sized dogs with coloring that can be red and white, or black and tan. They have a fuzzy appearance with a curly tail and alert expression that makes them look a bit like a large fox. They’re confident, friendly dogs that need daily exercise. As long as they get their exercise and socialization, they should do fine in a large apartment. Shiba Inus have a reputation for being vocal, however, which might upset the neighbors. A similar dog also hailing from Japan is the Akita, which is, for all intents and purposes, a larger version of the Shiba Inu. 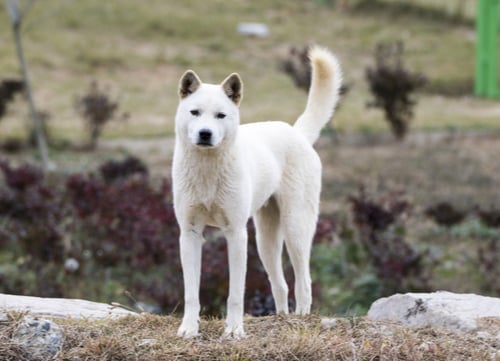 The Jindo was named for the Korean island it originated from and is considered a national treasure. It is known as a faithful, strong, brave dog, making it great for hunting. In appearance, the Jindo is medium-sized with upright ears and a bushy white or light-brown coat. Their reputation for being loyal dogs makes them highly protective, and they don’t typically get along easily with other dogs. A Jindo is best-suited for a single-dog household. 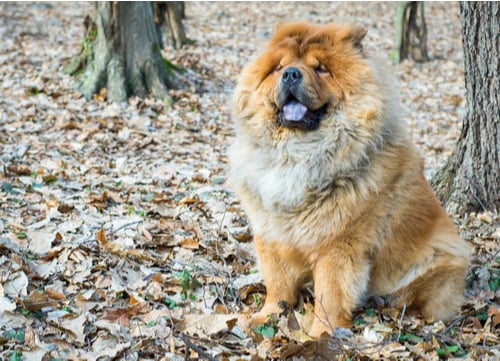 Chow Chows are perhaps best known for their coat, as it has almost lion-like in appearance. Even though they need regular brushing, they’re known as being very clean dogs that are easy to housetrain. And despite their medium to large stature, they adjust fine to living in an apartment since they don’t have any specific exercise needs. Considered aloof with strangers, they’re very loyal to their families. 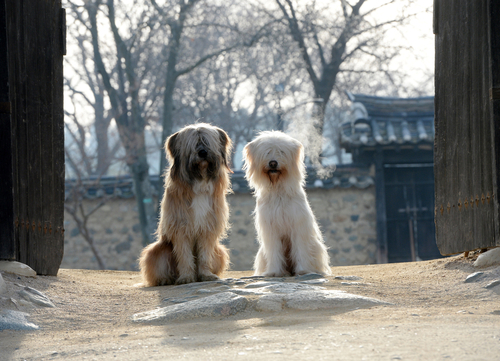 Sapsalis have long shaggy coats that make them look quite similar to English Sheepdogs, especially since their hair tends to cover their eyes. Despite their English appearance, they actually hail from Korea. In fact, the history of the Sapsali in Korea is quite rich, as the dog was said to provide owners with good fortune while also deterring evil spirits. In appearance, the Sapsali is a medium-sized dog with long hair. They have a very sociable nature, are smart and make great companion animals as well as therapy dogs. 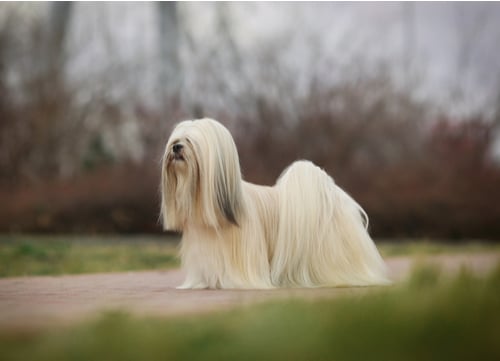 A popular family dog, the Lhasa Apso first became popular in the United States when the Dalai Lama brought some over from Tibet as gifts. They’re smaller dogs, standing about a foot high at the shoulder, with a long coat that parts in the middle of its body and drapes downward. They’re affectionate companion dogs. However, since they were bred to be watchdogs, they tend to be quite vocal, protective and sometimes stubborn.

These are just some of the many Asian dog breeds that have been loved by the continent for hundreds of years and are now becoming household names in the United States and other parts of the world. 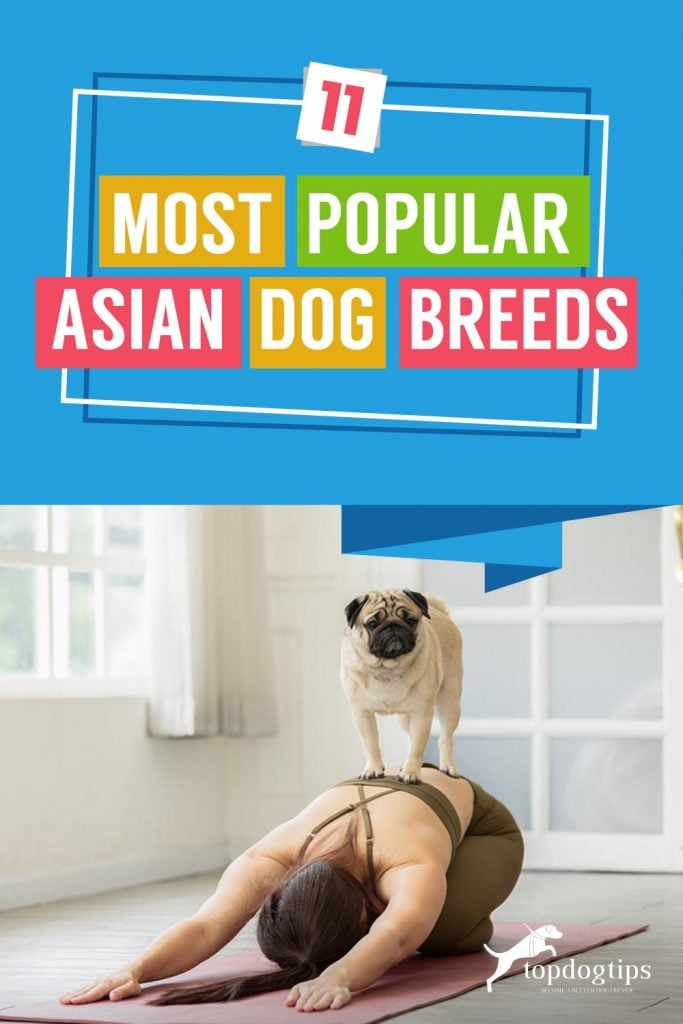