People have lived in the company of animals since the beginning of mankind, but it is only in the last decade that we have begun to examine the potential benefits of our furry friends. Pets have been used as assistants in therapy for those with emotional disorders and some learning facilities have begun using pets to help improve education. The benefits of owning a dog have proven to be numerous!

In fact, the University of Southern California has been using dogs in what they refer to as “Pet a Puppy Day” on campus. Each semester, as final exams approach, the university gathers puppies of all different breeds on the main lawn for students to pet and enjoy as a way to relieve stress before hitting the books.

What are some of the other proven benefits of owning a dog? 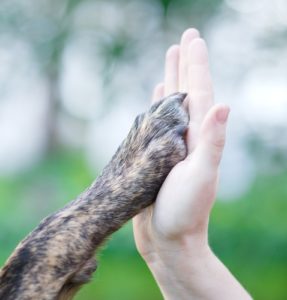 In July 2012, European researchers Andrea Beetz, Kerstin Uvnäs-Moberg, Henri Julius, and Kurt Kotrschal reviewed a number of previous studies on human-animal interactions to find out some of the physical and social benefits of pet ownership.

The study examined pet owners across all age groups— with or without psychological or medical conditions— and found that the physical and social benefits of human-animal interactions ranged from enhanced interpersonal relationships and positive moods, to stress relief, and to overall physical and mental health improvement.

If you are a pet owner or considering a new four-legged addition to your family, you will likely experience more benefits than companionship and cuddles. Here are four physical and social benefits of owning pets.

RELATED: Studies That Show How Dogs Make Us Happier and Healthier 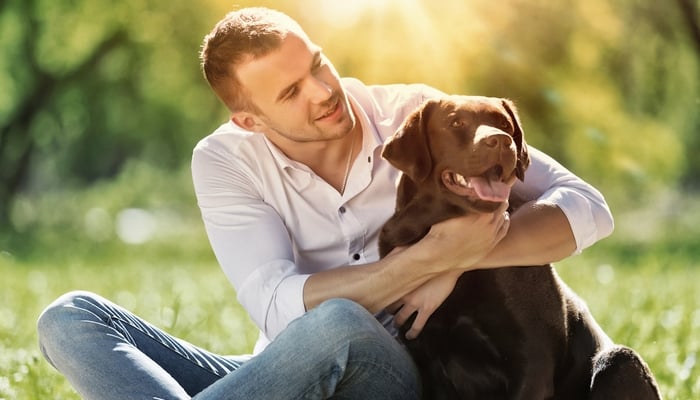 Simply being accompanied by an animal has the tendency to encourage positive social interactions between humans. For example, a study by Hart et al. in 1987 and Eddy et al. in the following year suggests that disabled individuals with service dogs were more likely to receive positive social exchanges from others such as smiles and friendly conversation compared to disabled individuals without service dogs.

In 2004, this theory that human-animal interactions promote positive social interactions between humans was taken a step further when researcher D.L. Wells studied the treatment of non-disabled individuals with and without an animal present. The results of the study suggest that a person is more likely to receive positive social attention with an animal present whether or not they have a medical condition.

The benefits of owning a dog go even further. In addition to increased positive social interactions, it has been suggested that families that own pets are more likely to engage in fun activities outside of the home and are more likely to be visited by friends (Paul & Serpel 1996 [PDF]).

Despite the obvious language barrier between humans and animals, the interaction between the two species is perceived as a social behavior. If a person is seen positively interacting with an animal, others will typically assume that the person is friendly and approachable.

ALSO READ: The Science Behind Aggression in Dogs

Like humans, domesticated animals are sensitive to our emotions and appear to display signs of concern when we are sad and excitement or content when we are happy. However, beyond the reactions of pets to our emotions, the mere presence of an animal is believed to improve our overall emotional state and encourage positive moods. This is one of the most amazing benefits of owning a dog! 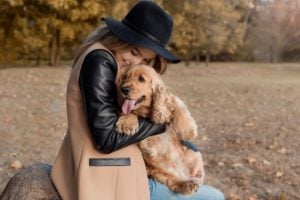 Specifically, many studies have suggested that the interaction between humans and animals is beneficial to those suffering from depression or loneliness.

For example, one study concluded that patients in a long-term residential care facility experienced decreased feelings of loneliness when allowed visitation with a dog, especially when visitation was one-on-one with the dog rather than with a group of other patients  as individual visitation permitted more quality time spent with the dog (Banks & Banks 2002, 2005).

However, it seems that dogs are not the only animals that are capable of lifting our spirits when we’re feeling blue. In another study, elderly patients suffering from depression experienced more positive emotions when taking care of a canary (Columbo et al. 2006).

Just as the benefits of owning a dog are not the only advantages of animals on human emotions, adults are not the only ones benefiting from human-animal interactions. Studies suggest that children with mental disorders such as schizophrenia, a disorder characterized by hallucinations and delusions, show signs of enhanced positive moods and are better able to balance their emotions when accompanied by a service animal (Nathans-Barel et al. 2005, Prothmann et al. 2006).

RECOMMENDED: Science on Therapy Dogs for Depression – Fact or Fiction?

In one study, participants’ cortisol levels were tested while spending time with their own dog, a dog that was not their own and while reading a book. When under a significant amount of stress, cortisol is a hormone that is produced in high volume. The results of the study indicates that cortisol levels in humans are lowered when interacting with a dog rather than when reading a book, even if the dog does not belong to them (Odendaal 2000, Odendaal & Meintjes 2003). 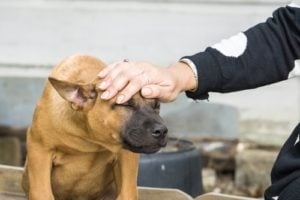 Not only do interactions with animals seem to lower stress-related hormones, but they can also help reduce hypertension (high blood pressure often associated with stress and heart disease) and reduce heart rate.

One study in 1986 found that people displayed lower blood pressure when petting a dog in comparison to reading aloud (Jenkins 1986) and a more recent study concluded that just three minutes of petting a dog produces a calming effect and reduces heart rate (Handlin et al. 2011).

Most studies regarding the benefits of owning a dog in relation to stress have indicated that such interactions typically either reduce the physical symptoms of stress or postpone them when a stressful situation lies ahead. Similar to the stress tests administered to participants in these human-animal interaction studies, other studies have also found that interacting with animals can reduce anxiety when individuals are introduced to fearful situations.

For example, in one study, participants were faced with an anxiety-causing situation— the anticipation of having to hold a tarantula— and were then presented with either a live animal such as a rabbit or a toy animal. The results indicate that people experience a greater reduction in fear and anxiety when interacting with a live animal rather than a toy animal, suggesting that the comfort of an animal may run deeper than its soft fur and cuddly form (Shiloh et al. 2003).

SIMILAR: How To Get A Service Dog for Anxiety or Depression & the Costs of It

Considering that interactions with pets can help reduce the physical effects of stress such as high blood pressure and rapid heart rate— two symptoms that are also linked to heart disease— it should not come as a surprise that the presence of pets may also benefit the heart beyond filling it with love and affection.

In 1999, one researcher found that both dog and cat owners were less likely to need medication for issues related to the heart compared to those who do not own pets (Headley).

Ten years later, researchers Friedman and Thomas reviewed a number of studies regarding pet therapy and discovered plenty of evidence suggesting that pets may contain a sort of “protective effect,” shielding their owners from heart disease. 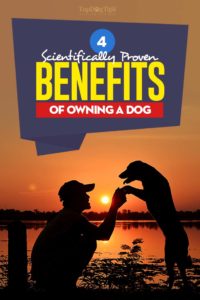 From these studies, it can be concluded that pets may be important assets in prolonging our lives, reducing our daily stress levels, and improving our social interactions and relationships with others. But what is it about pets that may be causing these improvements to our lives?

Andrea Beetz, Kerstin Uvnäs-Moberg, Henri Julius, and Kurt Kotrschal suggest that the answer lies within our oxytocin levels. Oxytocin is a hormone that is produced in the hypothalamus area of the brain and is released from the brain to the circulatory system when our senses are stimulated such as during sex, childbirth, and breastfeeding.

However, oxytocin is also released during touching, warm sensations, and stroking – all of which are experienced when petting an animal. Although evidence is still being compiled for this theory, it is possible that when we pet our furry friends, oxytocin is released, causing a calming effect or state of temporary euphoria. Thus, happy healthy pets promote happy healthy pet owners.

READ NEXT: 20 Most Fascinating Scientific Studies on Dogs