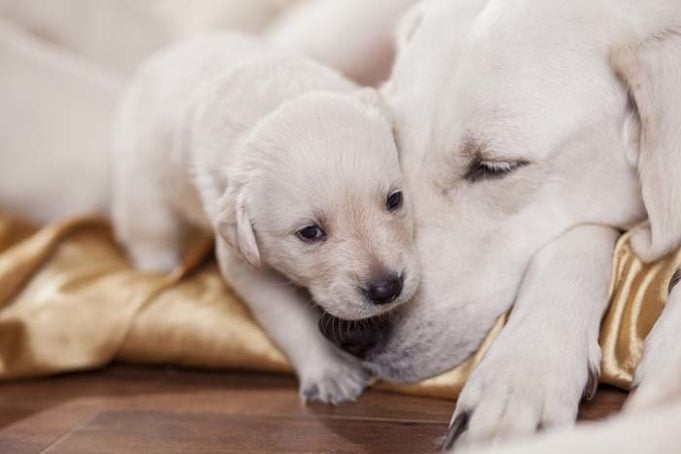 New research has revealed that puppies whose mothers show “tough love” turn out to be more successful guide dogs.

Have you ever heard of a “helicopter parent”? This term generally comes with negative connotation, denoting a parent who insulates their children from hardship and rendering them overly dependent.

A fascinating new study backs this notion up in canines. Scientists took a look at puppies and their mothers and discovered that puppies with doting mothers had less likelihood of passing the training program required to become a guide dog.

This study was published in Proceedings of the National Academy of Sciences. Research was conducted at The Seeing Eye, which breeds, raises and trains visual guide dogs

The basic conclusions of the study are that while everyone needs their mom, a mother who is too attentive denies her children the opportunity to learn to respond to small challenges independently.

The observed puppies were only with their moms for 5 weeks, but those interactions had lifelong effects. Puppies who didn’t learn to deal with minor challenges early on struggled later in their lives.

The results of this study significantly enhance our understanding of the long-term effects of mothering styles. In addition, it may help guide dog trainers better identify successful candidates in the future. 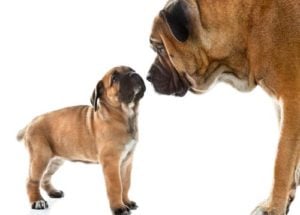 Scientists have long been interested in the impact of childhood experiences on adulthood. This has been heavily studied in primates, rodents, and people. But almost no studies have been conducted in dogs.

Scientists focused on guide dogs for several key reasons. These puppies are raised in a single location under controlled conditions. The dogs also have clear measures of success – they either pass their training programs or they don’t.

Guide dogs also face many challenges which they must consistently handle well, oftentimes having to be improvisational problem-solvers and navigators while at the same time remaining obedient and attentive to their human companion.

RELATED: There’s a New Tool to Help You Choose the Best Guide Dog

What Did They Discover?

Researchers embedded themselves in the breeding facility at The Seeing Eye, taking video of the dogs and observing 23 mothers with 98 puppies during their first five weeks of life.

Researchers observed various factors in differing mothering styles, such as nursing position, how much time was spent looking away from puppies, proximity to puppies, and how much time the mother spent grooming them.

Like humans, not all dog moms are the same – some are more attentive than others.

After about 2 years, researchers tracked down those same puppies to see how they were doing.

Results of the Study

As it turns out, the dogs whose mothers nursed them while lying down (as opposed to sitting up or standing) were less likely to succeed in their Guide Dog training programs.

The theory behind why that might be is that a mother lying down gives her puppies free access to milk. But a mother who stands up makes her pups work for it. The hypothesis is that small challenges like this may lead to more successful and independent adults, because they find it easy to navigate obstacles rather than find them too daunting.

“We saw that some dogs were calm and collected and solved problems quickly, while others were more reactive and perseverated at the problem-solving tasks.” – Emily Bray, lead researcher

Not surprisingly, a second portion of the study looked at each dog’s cognition and temperament. Dogs who were calm and collected tended to solve problems more easily, and had better success rates in Guide Dog training programs. Highly reactive dogs were less likely to succeed.

Although much light was shed by this study on the effects of parenting in successful offspring, future studies will need to look at whether genetics are an additional factor to success in the same way that temperament can be.

A look at these dogs has shown that one doesn’t have to attend to their children nonstop to demonstrate love and support, and that in fact, this may be a detrimental practice. So next time you see your young child struggling a little – let them. It will serve them better in the long run.

Moving With a Dog [Helping Your Dog Adjust Before, During &...

Katherine McKay - Mar 29, 2021
Moving can be a fun. It is an exciting time for everyone involved. It is important to remember that our canine companions often fail...