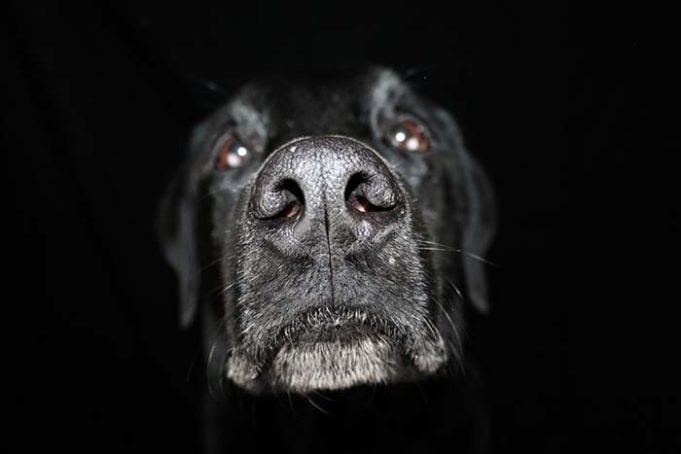 Dogs' most powerful tools have always been their noses. For many years, sniffer dogs have been part of police campaigns and have been utilized as useful security. But is it possible for technology to replicate the incredible sense of smell of sniffer dogs? Apparently, that is now possible when you use graphene-based nanoscrolls, according to new research published in the ACS Nano, a publication by the American Chemical Society.

Using sniffer dogs in dangerous jobs like bomb squads or airport security is often looked down upon because of the potential dangers to the animals' safety. But now, a group of scientists have attempted to replicate the wonderful sense of smell that dogs have that can often save lives.

Scientists might have uncovered the future way to discover bombs or smuggled drugs at airports without having to endanger dogs' lives.

Their first tests have been quite successful and the team will possibly be looking to roll the technology out as soon as possible.

There's a lot of interest in this dog sense of smell based technology, and many companies and non-profits were looking to fund this research. In fact, the team have been lucky to receive funding support from the National Natural Science Foundation of China, the Natural Key Basic Research Program of China, the Startup Foundation from South China Normal University, the Guangdong Innovative Research Team Program, the Guangdong Provincial Key Laboratory of Optical Information Materials and Technology, the MOE International Laboratory for Optical Information Technologies and the 111 Project.

How Does the Inside Of A Dog's Nose Work?

What's the reason dogs have such an outstanding sense of smell (some breeds are better than others at sniffing things out), and how did scientists managed to replicate it? It has to do with the way a dog's nose is designed and how it work, which is different to a human nose.

The inside of our dogs' noses is lined with a lot of little blood vessels called capillaries. Because of the increased blood flow, dogs' noses are much better equipped to recognize and track certain smells than ours. Additionally, because of the number of capillaries on the inside of a dog's nose, weaker scents that we would normally not be able to pick up are also detected more easily by our canine friends.

The technology that this research has come up with uses more or less the same idea only replicated with new tech. Scientists have produced a gas detector, which is lined up with graphene-based nanoscrolls in pretty much the same way that the inside of a dog's nose is lined up with capillaries.

The purpose of the technology is to be able to detect gases that would normally be out of the scope of anything we can smell. It will also decrease the risk to sniffer dogs and K9 first response teams that actively utilize canines in the cases of toxic substances.

Are Nanoscrolls Resistant To Heat? 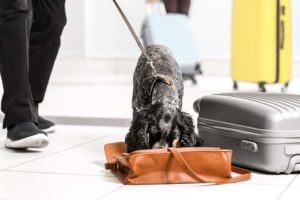 Nanoscrolls are resistant to high temperature and pressure, which makes them the perfect durable tool. Graphine-based nanoscrolls are very small sheets of graphene (also called nanosheets) that are rolled up continuously to form a uniform shape.

While the nanoscrolls are extremely effective, they are also expensive and difficult to manufacture. That's why the researchers have decided to modify the graphene with a special polymer so that they could get better results.

If not done right, the nanoscrolls could be easily damaged and not serve their purpose. Previous studies that have used modified or raw graphene have been unsuccessful exactly for this reason.

Yao Wang, Lei Jiang, Guofu Zhou and their colleagues who worked on the project added poly(sodium-p-styrene sulfonate) to the nanoscrolls to create a uniform shape, where all the graphene was rolled up successfully. Then this shape was inserted into an advanced gas sensor, which made it very selective and sensitive to even the weakest of smells.

With the inspiration of the structure of dogs' noses, the scientists might have uncovered the future way to discover bombs or smuggled drugs at airports without having to endanger dogs' lives. The researchers are also certain that their method of treating the graphene will also encourage mass production of the product.

READ NEXT: How To Train A Dog To Do Nose Work And Why You Should